Why This Spanish National Day Means The World To Me 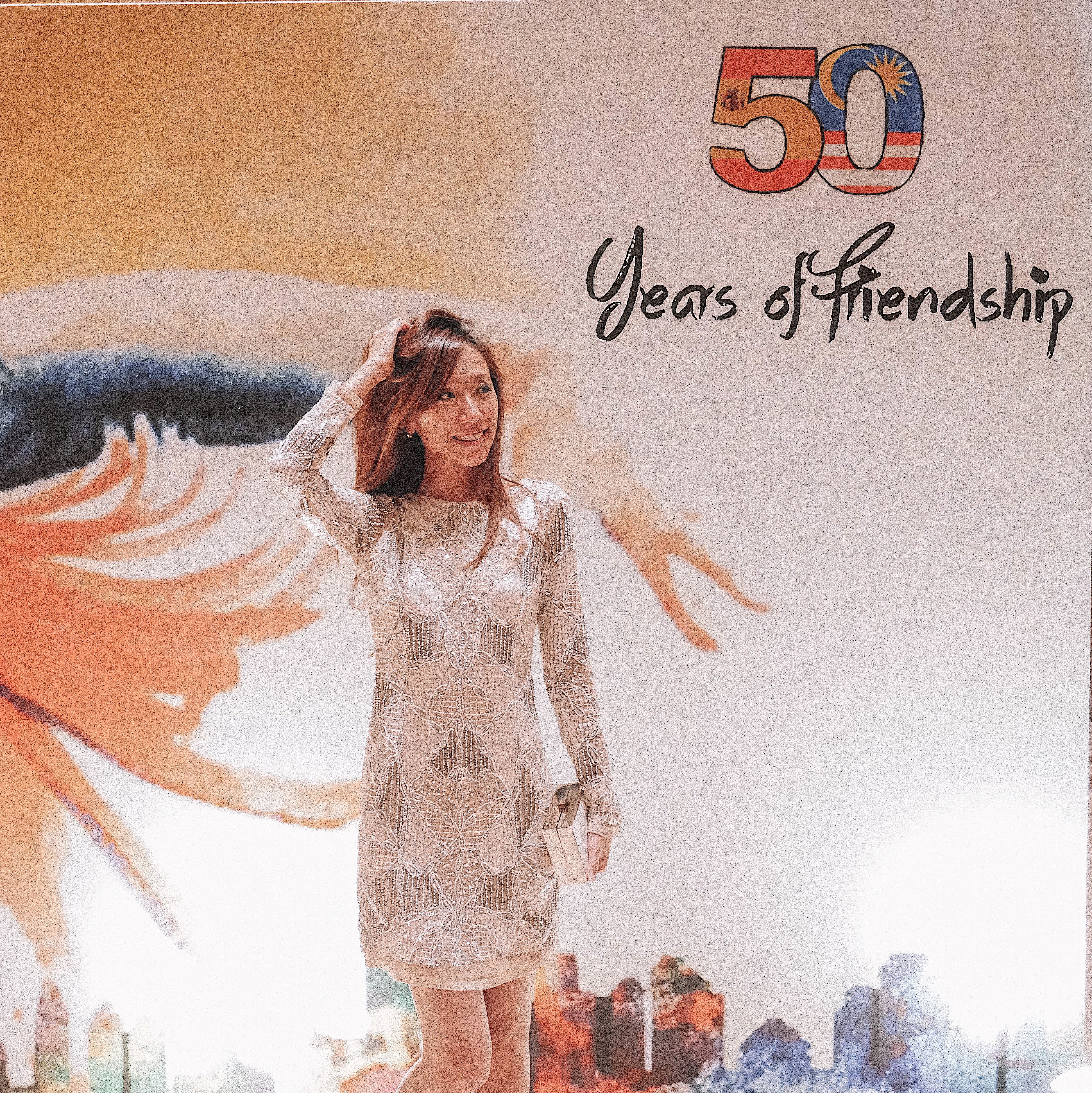 And My Relationship with Spain.

The moment I heard the Ambassador of Spain, H.E. Carlos Domínguez Díaz, mention my name within his commemorative speech for the Spanish National Day and Armed Forces Day (thus enlivening the crowd to give me an applause), I thought to myself, ‘I can die happy now’. Since the last decade of my blogging career, this is what I have been working for without knowing if this secret dream of mine would come true.

If you have been following my blog for years, you might remember that my first love was a Spanish guy whom I dated back in 2010. As he was also the first guy I dated that isn’t Asian, I was introduced to an eye-opening culture that is rich, beautiful and passionate. I learned how to cook Fabada Asturiana, picked up Spanish as my  fourth language at Cervantes, took pride in wearing charro earrings . . . but what I wished for the most was to visit the country I learned to love but never met.

Years passed, we broke up, and I still never went.

There is a kind of special strength that comes from devastation. Determined, I decided that I don’t need a man to bring me to Spain or anywhere in the world. I drew what I call a ‘dream board’, strategised a saving scheme, came up with a smart plan and carried it out tenaciously. Finally in 2013, I managed to save up enough to do a whole month’s worth of trip just in Spain, for the bittersweet love of Spain – or that’s what I thought.

The moment I put my first step onto Spanish grounds, I remember how it felt. I realised that I did not love Spain because of a person. My ex may have introduced it to me, but everything that I’ve done was not for revenge or to prove anything to anyone. I did it to redeem myself. Along the way, I became a wiser, stronger person who understood the importance of being able to enjoy her own company, savour the beauty of freedom, and the ability to embrace that feeling of being lost in a new country while at the same time collecting something pricelessly new. During an important phase of my young adulthood, Spain shaped me.

Ever since, I promised myself to travel to a new country every year for 1 month, on top of 4-6 places I’ve never been. Travel is a lifestyle and it has become mine. The deep yearning and aching to travel is real. That is how my once-fashion-and-beauty-blog-in-KL turned into a global passport diary, if I can call it that.

The reason why you will not be able to find any content about Spain in this blog is because my initial idea was to write a book about the epic trip. On my dream board, I called it the ‘3S Project’. It was going to be about a girl’s trip to Spain, Sri Lanka and (United) States. Yet everything happens but the book, a dream I unintentionally put to rest.

A couple weeks ago, I received an email from the Embassy of Spain about an Instagram campaign called ‘Hola’, where the Ministry for Foreign Affairs of Spain (MFA) selects one influencer from 5 countries in South East Asia (Vietnam, Malaysia, Indonesia, Philippines and Thailand) to bring Spanish cultures and values to the life of locals. Just try to imagine my reaction – from 25 influencers, narrowed down to 5, then just 1: I am the chosen one to represent Malaysia!

I am so excited to share with you 6 weeks worth of all things Spanish – language, gastronomy, fashion, etc., on top of my Spanish odyssey. To get things started, here is a video of the Spanish National Day celebration at JW Marriott I attended with my brother, a crazier España enthusiast than me.

If it’s worth it, don’t give up, have faith, work smart and do your best. Although it might sound like a bunch of positive words chained together that is easier said than done, when you choose to allow your passion play a part of your life and make a decision to keep it alive, those are the things you will come to learn.