The Taste of Love 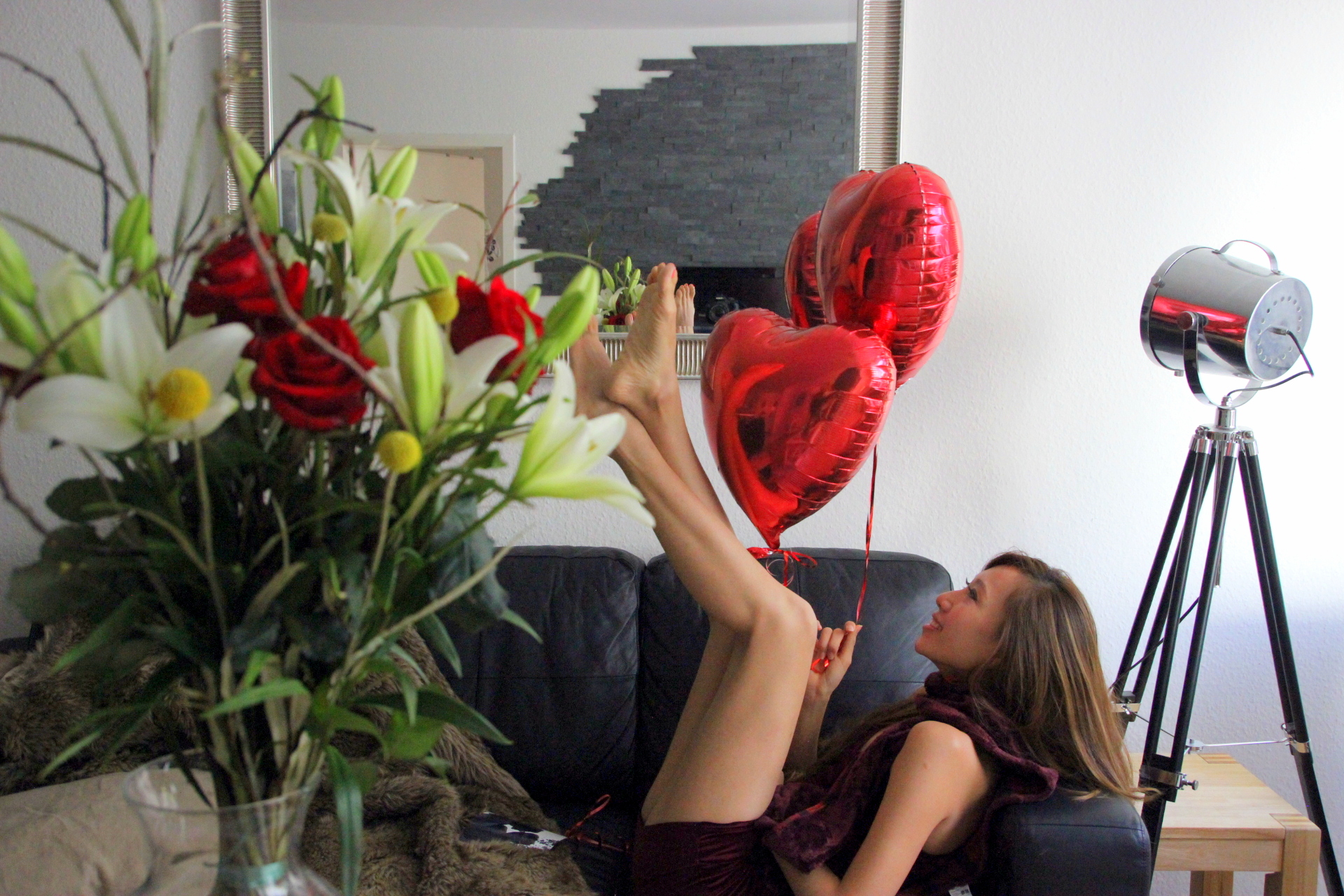 Is Valentine’s Day worth celebrating? Unlike birthdays or anniversaries, this one is definitely a commercialised event. So why join the fun, right? But that’s not how I roll.

I am an avid believer in celebrating love day. While ideally everyday should be Valentine’s Day, let’s be real – it is not everyday that a person can be pampered or showered with surprises. If that happens everyday, love would be tasteless.

Once a year on 14th February, both men and women are given a chance to make an EXTRA effort to show their loved ones the affection they might have missed giving on hectic work days. It could also be their parents or best friend. Have we really spoilt the people we love enough? This occasion opens up a special opportunity to express love in different ways. What would we do if we only had one day to love the people who mean the world to us? Do we know how to show it?

Especially for couples who’ve been married for many years, it is easy to fall into the rut of not celebrating at all. But think about it – Valentine’s Day should remind you of the leap you took to win your girl and why you should still pursue the same person. So if you missed Valentine’s, make up your own new date this weekend and push yourself to give him / her a treat.

P.S.: Doing what you want to do is different from doing what your Valentine would appreciate. In case it’s not obvious enough, the latter is wiser. Some like to stay in, some like to dine out; which one is your man / girl? 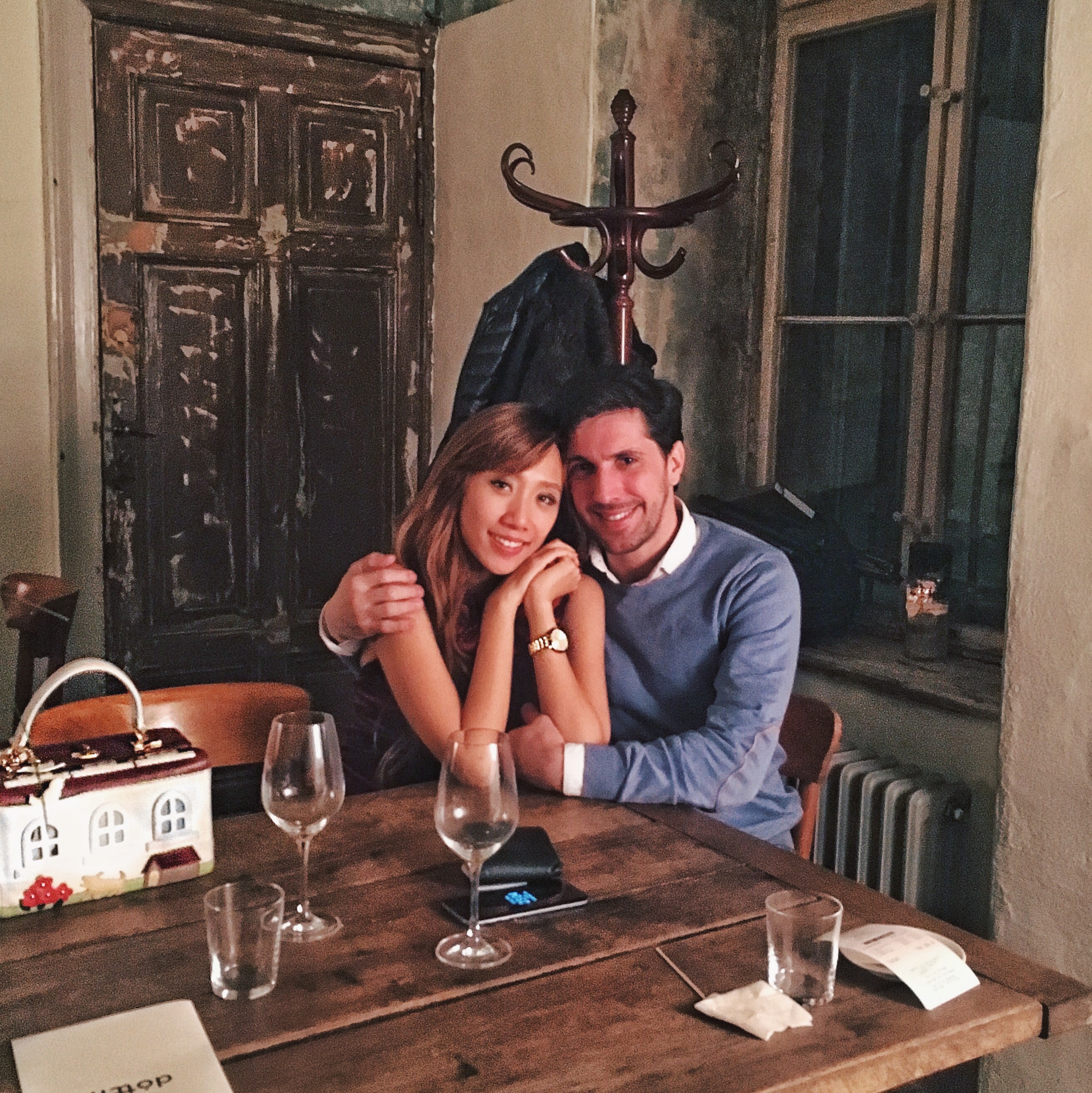 The first year É and I met was in April 2015; which means Valentine’s had passed. Last year, we didn’t do anything major worth documenting here because of a major, dramatic transition in our lives. That makes this year our first ‘cliché’ Valentine celebration together, in Germany. The story goes:

On Valentine’s eve, É came home with a HUGE surprise in his arms. Grinning, he handed me a bouquet wrapped in bright green paper; the kind that’s great for tearing when you’re excited. É had arranged it himself with 2 Asian touches I had to guess. Is there a soul in this world who doesn’t prefer anything personalised? If I could, I would personalise everything I own! It is the most magnificent bouquet I ever received . . . 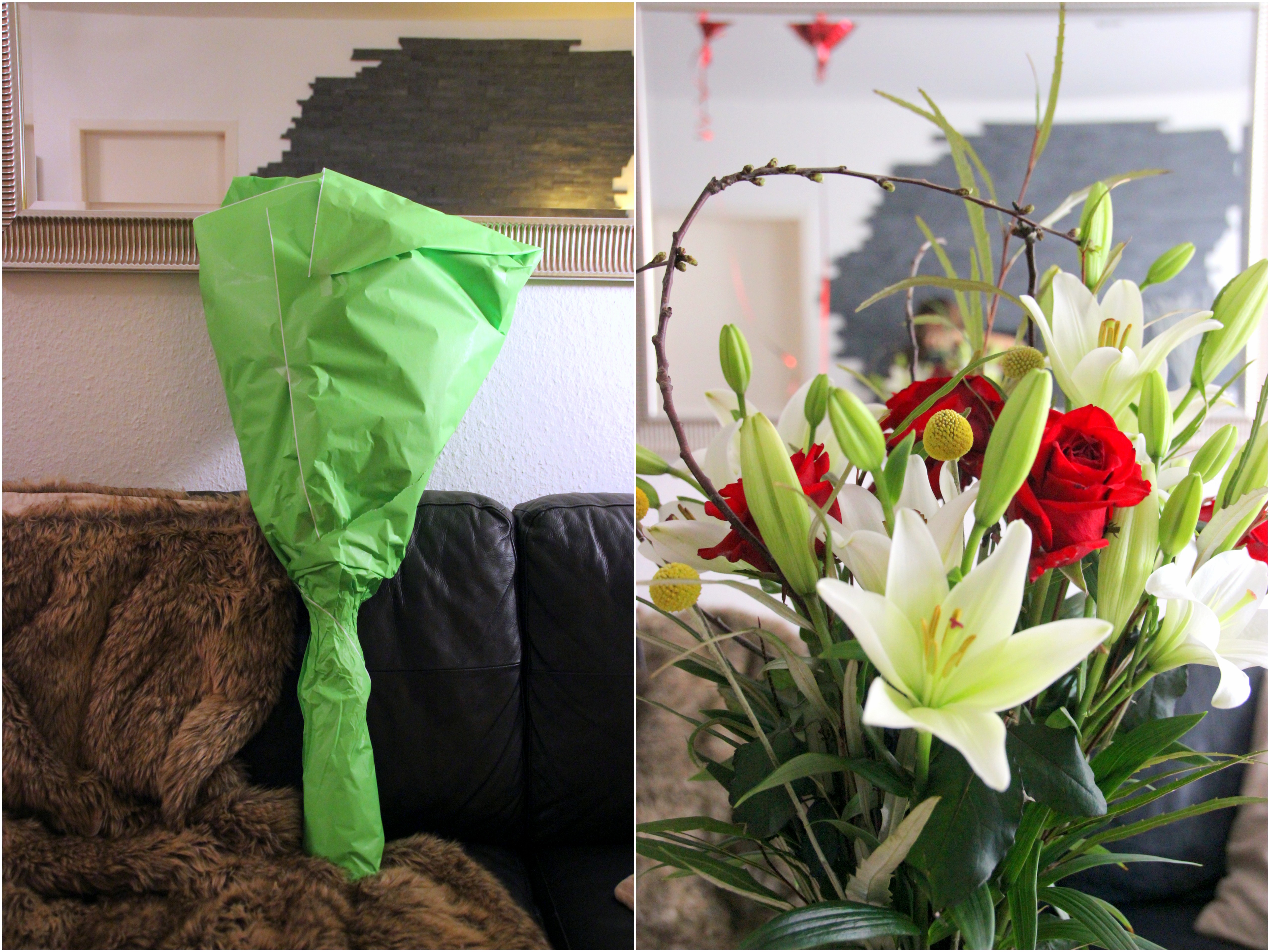 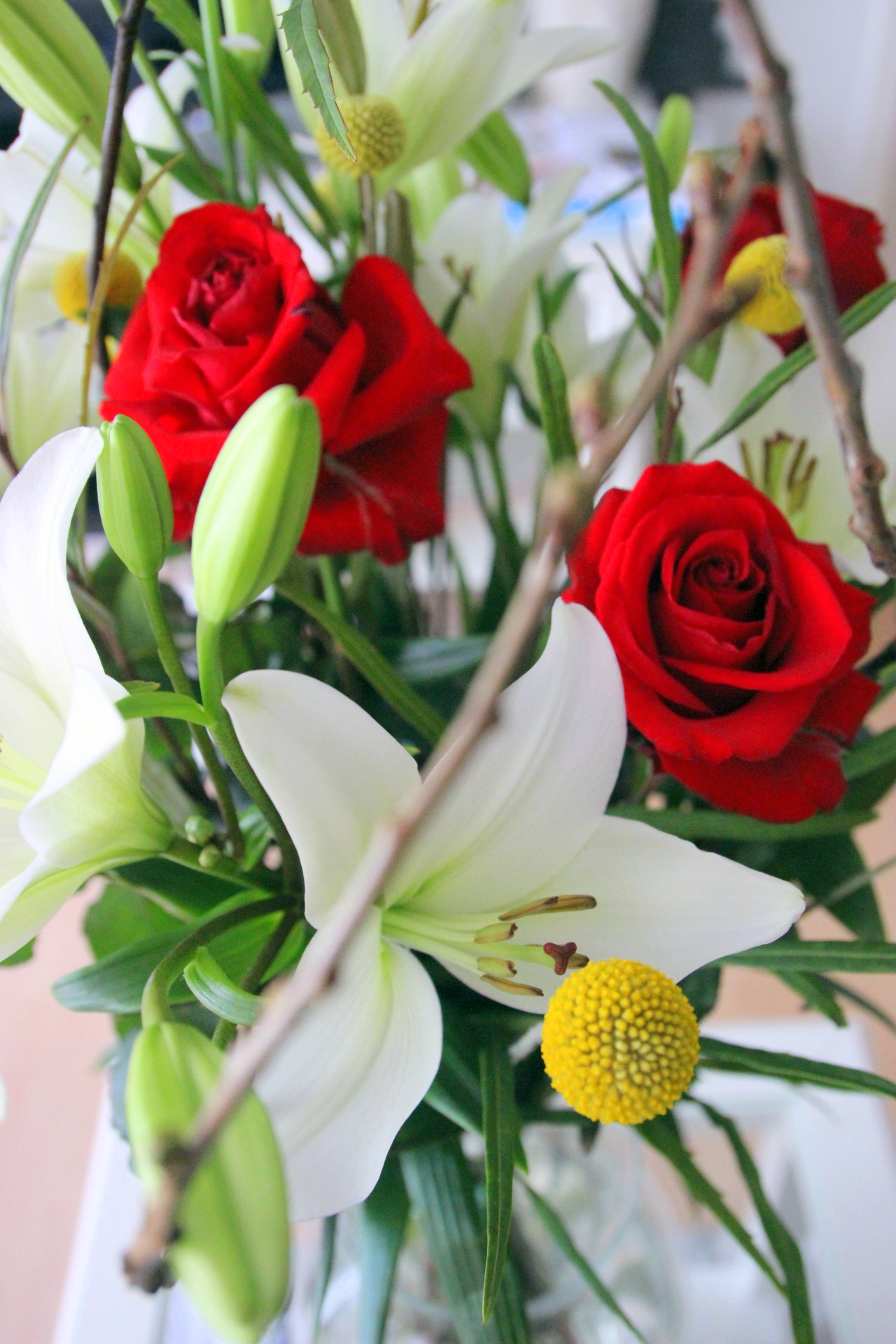 The next day, I was up for a challenge in my new city, Berlin. Searching for something as simple as balloons, a photo shop, and shopping for a gift, was harder than I thought in a city so modern! There’s no ‘centre’ with everything you need, like in Bukit Bintang or Orchard Road. After getting lost on trains and trams at weird stops with food names in it (Oranienburger and Fried rice straße), I managed to return home before it got dark. 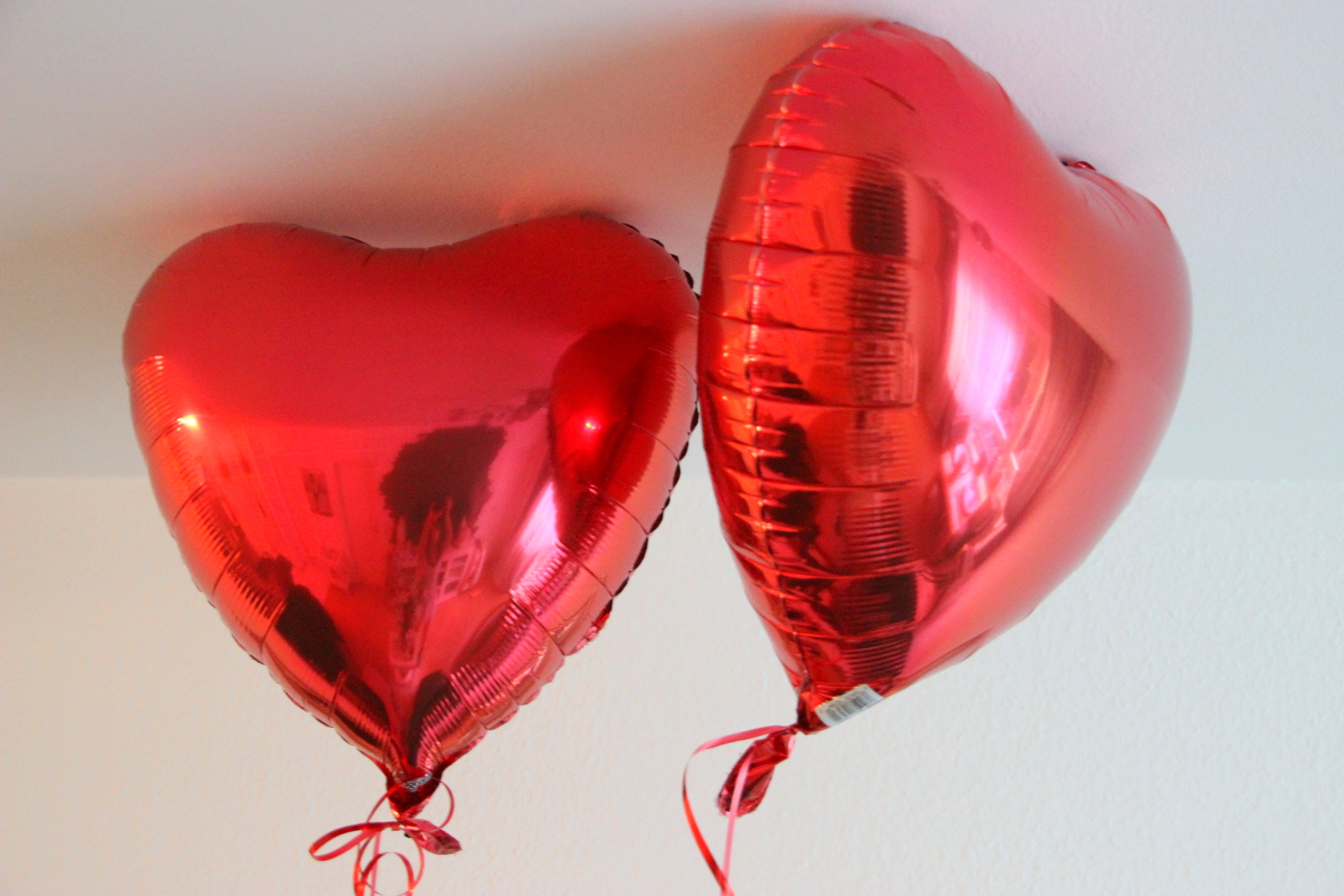 My 2017 version of Valentine card for É is a photo of us with a message scribbled behind it, tied onto two helium balloons. 5.30 p.m.: I released the red hearts, watched them float to the ceiling and anticipated É’s return from work. It’s funny how the best gift to me, turns out to be the gift I gave to him – his priceless reaction. 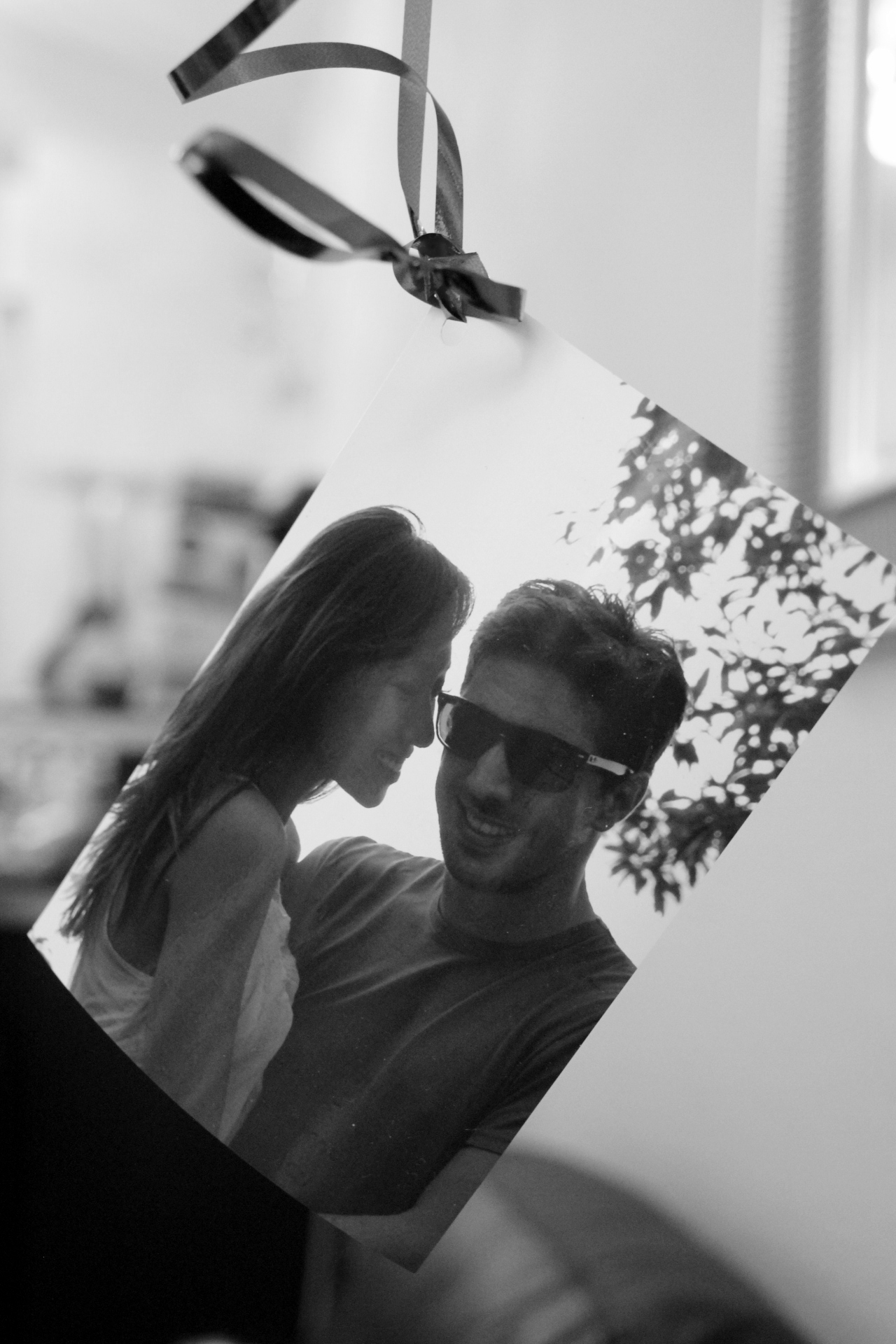 Outfit: I wore a burgundy velvet slip dress with a scarf the same colour, hung around my neck in a half loop, applied a vamp lipstick; which I pretty much ate after without reapplying.

A clueless Turkish cab driver dropped us off at É’s ‘secret’ restaurant location. As I got out the car, standing in front of me was a gothic building like in Marvel with a clown ninja head gleaming in purple as the sign board. “Where am I?” É held my hand as we crossed the road and as I approached the mysterious space, inside was a whole new world like a scene in the movies, made alive with the bustling of a certain cultivated crowd you know flock together. 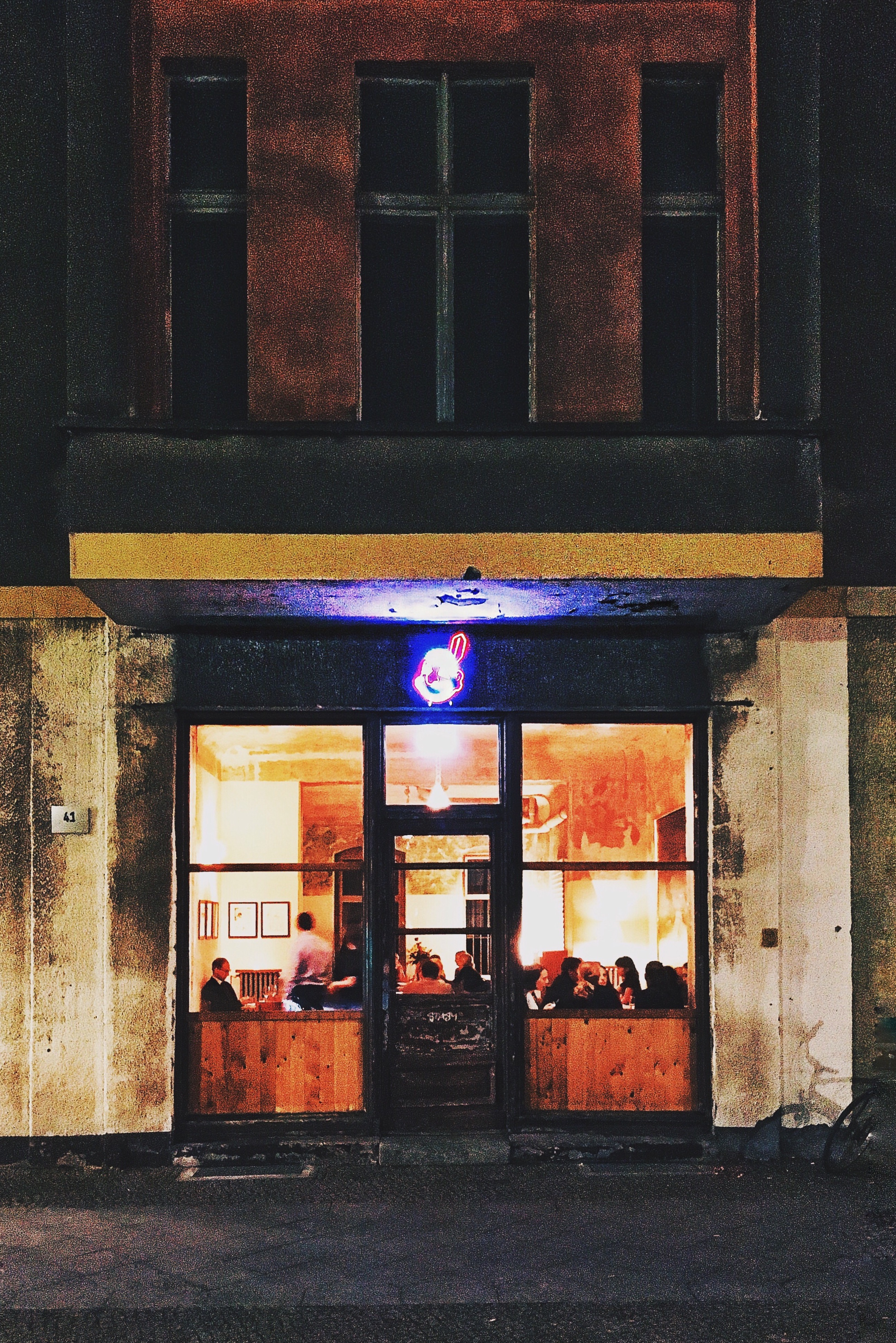 The place smelled of heaven’s kitchen. Starting with pre-dinner cocktails, the bartender suggested a beetroot infused drink. Beet never failed to taste like soap to me so I was skeptical in the head, until it surprised me from its looks to taste. What appeared was probably some love potion in the faintest beautiful pink colour, swirling flavours that danced in my mouth. I have this thing with cocktails that don’t taste like alcohol. Is that weird? 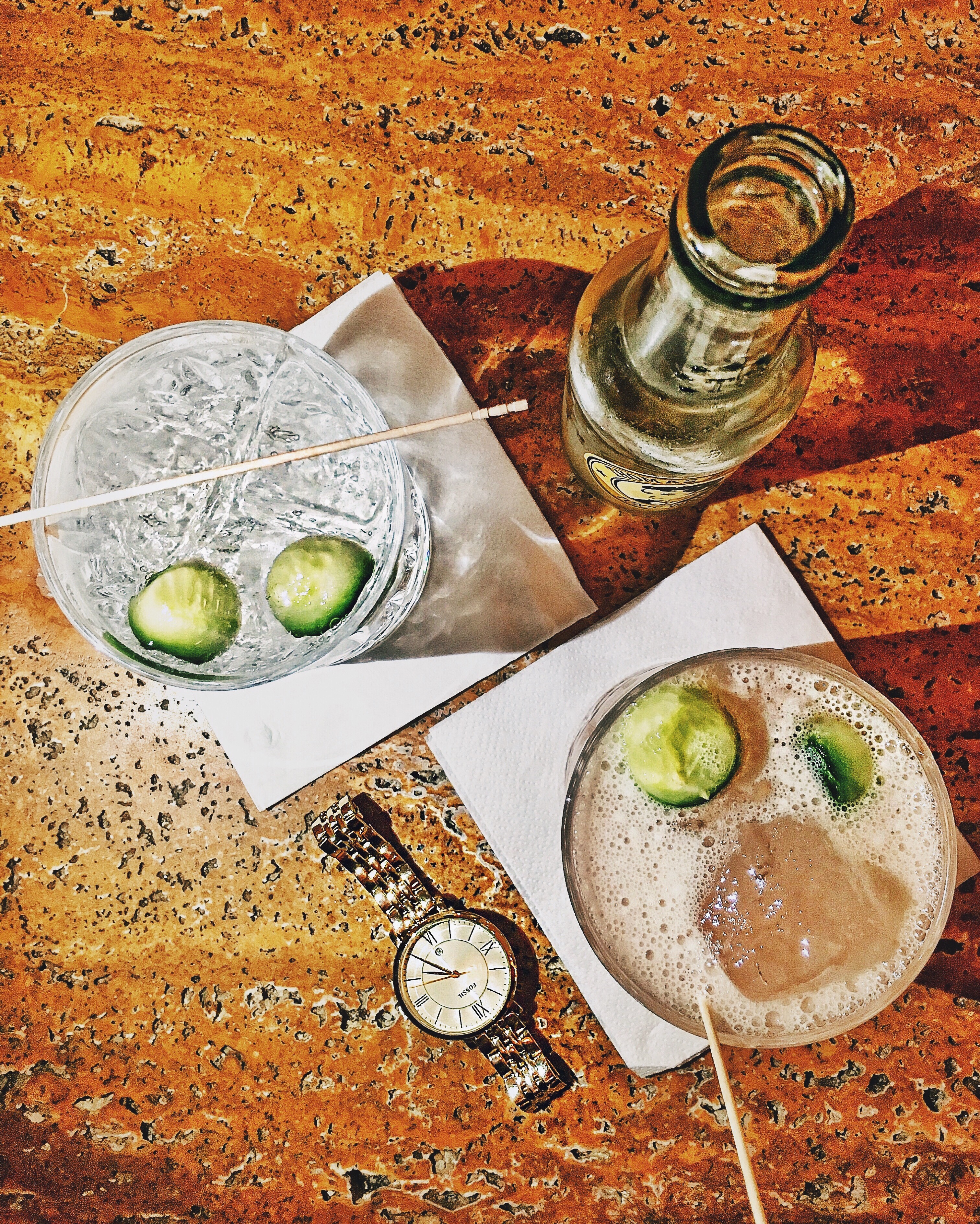 We were in for a 4-course meal and a good bottle of wine as faithful companion. But first, take a look below at the fragrant, thin cheese crisps sown in rock sea salt and melted warm brown butter, which makes for any loaf of bread’s dream wedding! 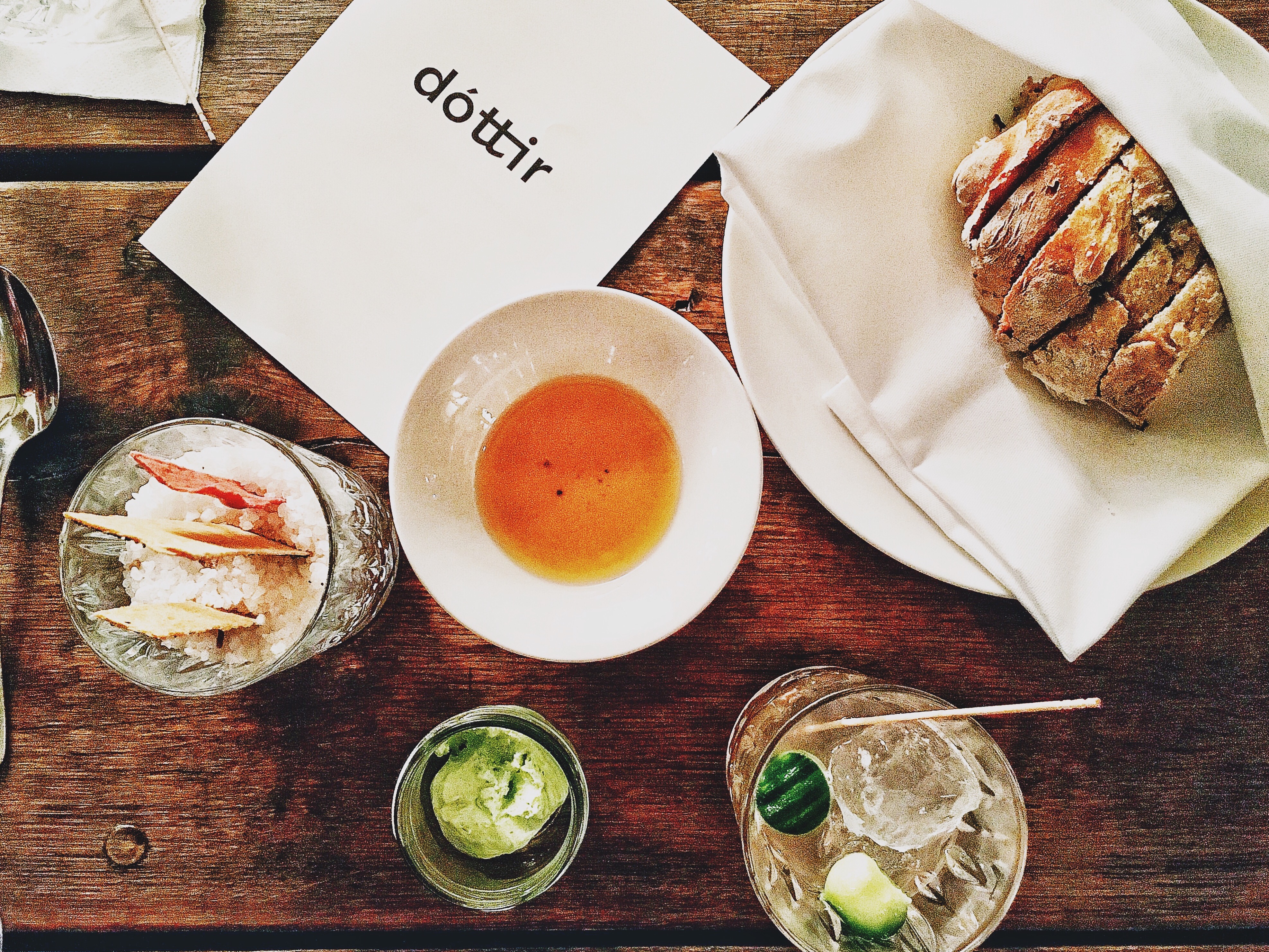 The following courses from head to tail was a gastronomic journey of bewildering combination – Who would have thought that brussels sprouts can be made to taste magical? One can taste quality in salmon, layered with the tanginess of yellow beet, crunchy freshness of cucumber, and cream cheese to hold it all together one spoonful at a time. “What is happening?!” I asked É, mouth full of wonders. We knew there and then we were consuming art – not the Mickey Mouse kind made for tasting, but the kind that fills you up too so you don’t have to go home looking for Maggi Mee.

Mum used to say that a smart chef can use the most basic ingredients to surprise you. In this case, the element was potato. Using my fork to gently poke it, revealed neat layers like a darling slice of cake. I told É: “Even if I knew how to do that, I wouldn’t. God knows how long it takes to do that for a POTATO!”. We Googled ‘lovage’, a sweet herb in our meal, while wiping the lovely buttermilk sauce off our plates.

Main was served a tad later – cod fish salted with herbs in a bag, poached under 45 degrees; each flake almost translucent. Served with chicken jus as sauce under a bed of al dente mushrooms and sweet pearl onions hidden coyly and a pretty petal of onion layer in magenta fanned out from arguably, the best fish meat in the world.

Dessert was a winning piece of edible art. On a white plate, laid out a dainty rectangle lemon slice next to the second ingredient we Googled that night, ‘Skyr’, an Icelandic frozen yogurt, if I may call it. Dollops of sweet meringue and white chocolate completed the picture, while two heart-shaped leaf cress rested softly above them all like feathers. 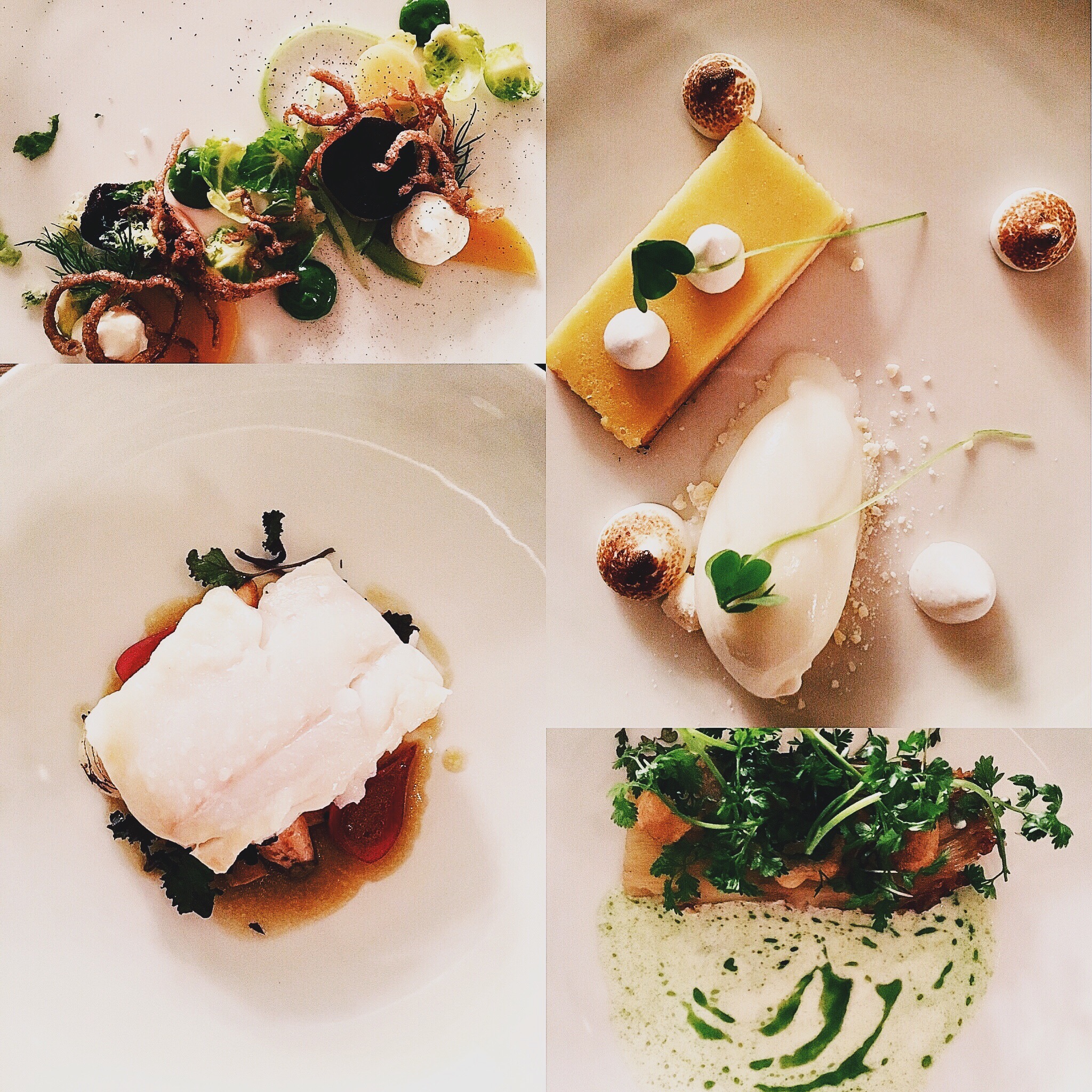 There are so many reasons why this is by far my most memorable Valentine (it’s true!); celebrating it for the first time with a husband gives it all the significance, being in Europe instead of Asia, receiving the largest, customised bouquet of flowers, and best of all, memorialising every moment of a romantic evening with an unforgettable food experience. 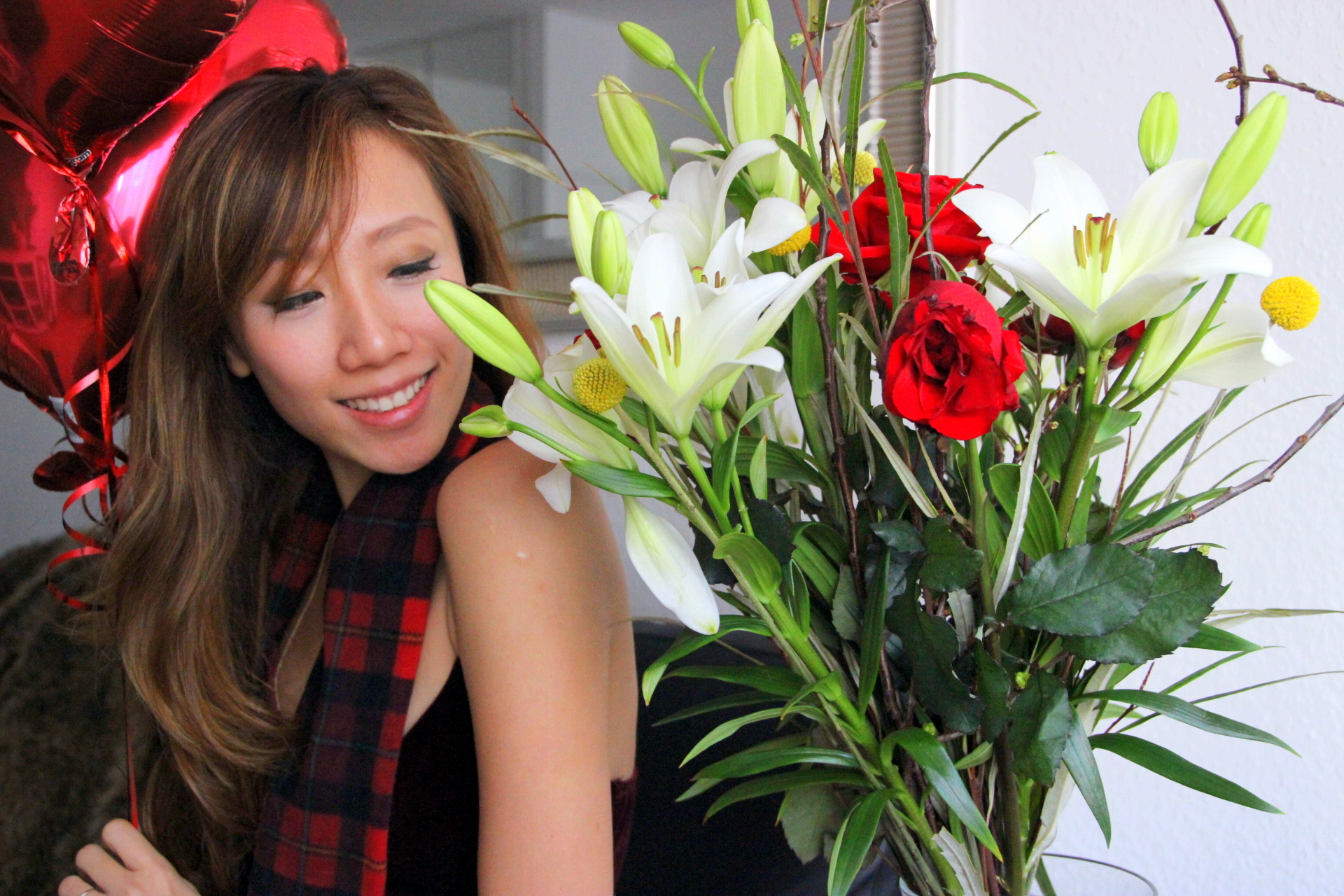 I call that ‘the taste of love‘.