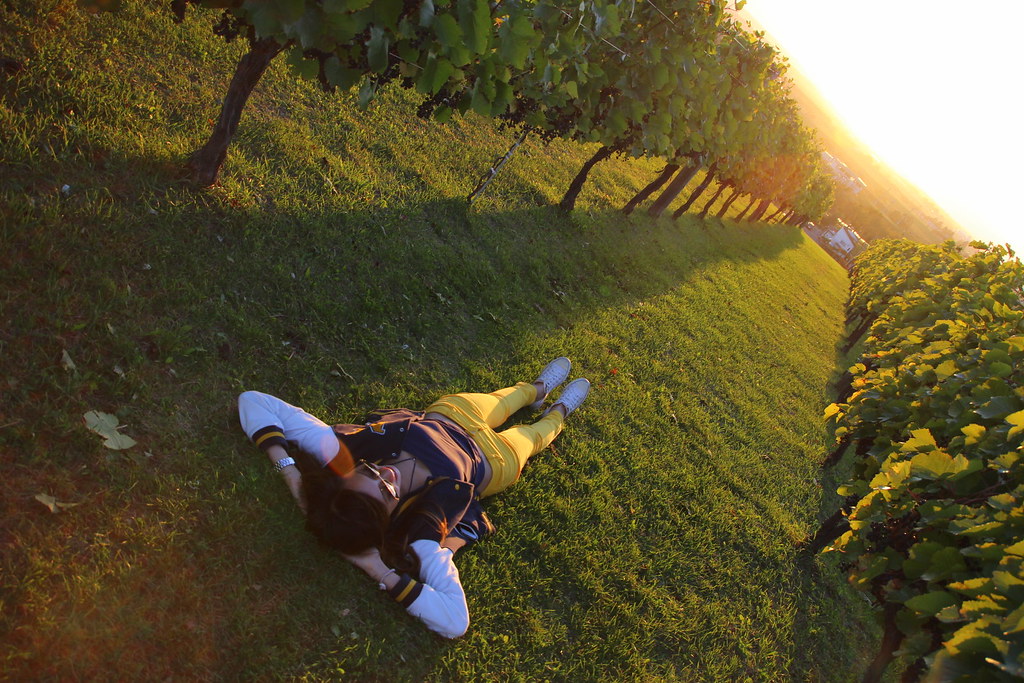 I was clueless about how to live the next 2 weeks with the news of É’s absence regarding his return to Lisbon. It ain’t a new news, but one that always feels like the first – almost like a breakup – there’s no getting used to it.

Then an email came and saved my life. 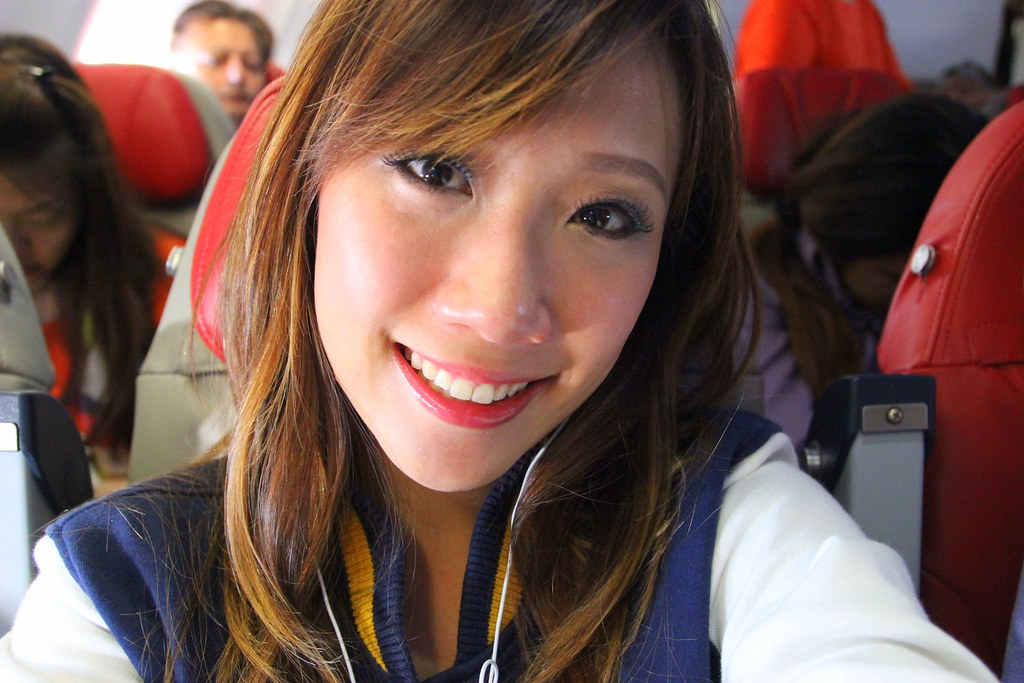 What was supposed to be a stretched out, dull week of loneliness was reduced to half when I opened an email from AirAsia X bringing the best news of 2015; enveloped with a surprise invitation to Hokkaido. I was going to be one of the very first batch of passengers to board AirAsia X’s virgin flight out to Sapporo!

Of course, I replied “Yes”. 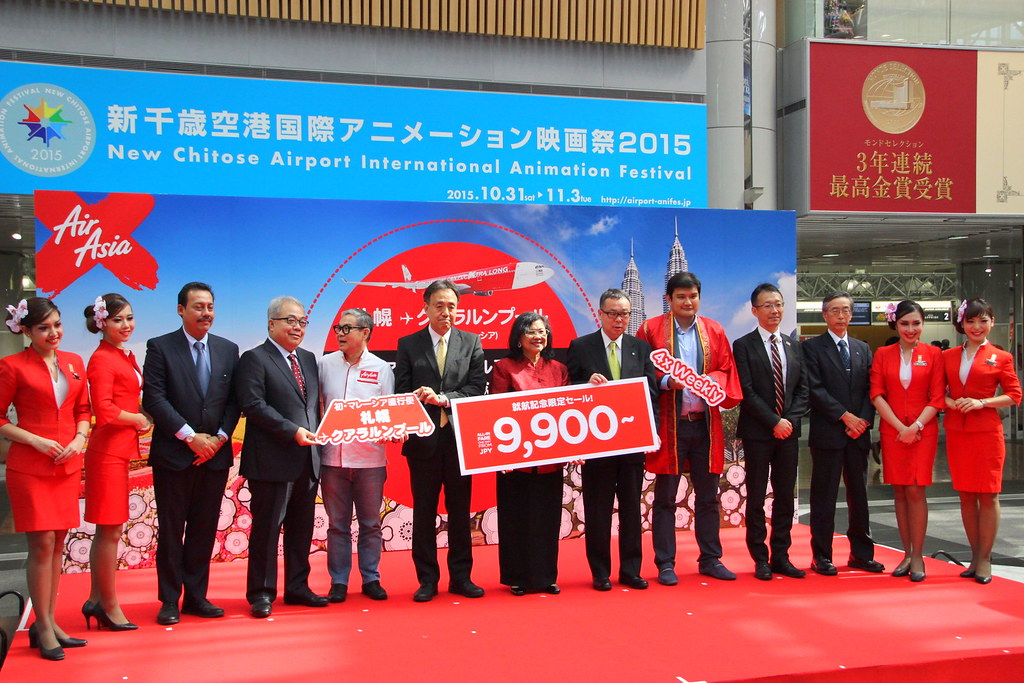 {AirAsia X now flies DIRECTLY to Sapporo from Kuala Lumpur, which makes lives easier for many travelovers to Japan. Now you too, can book a flight from as low as RM349 here} 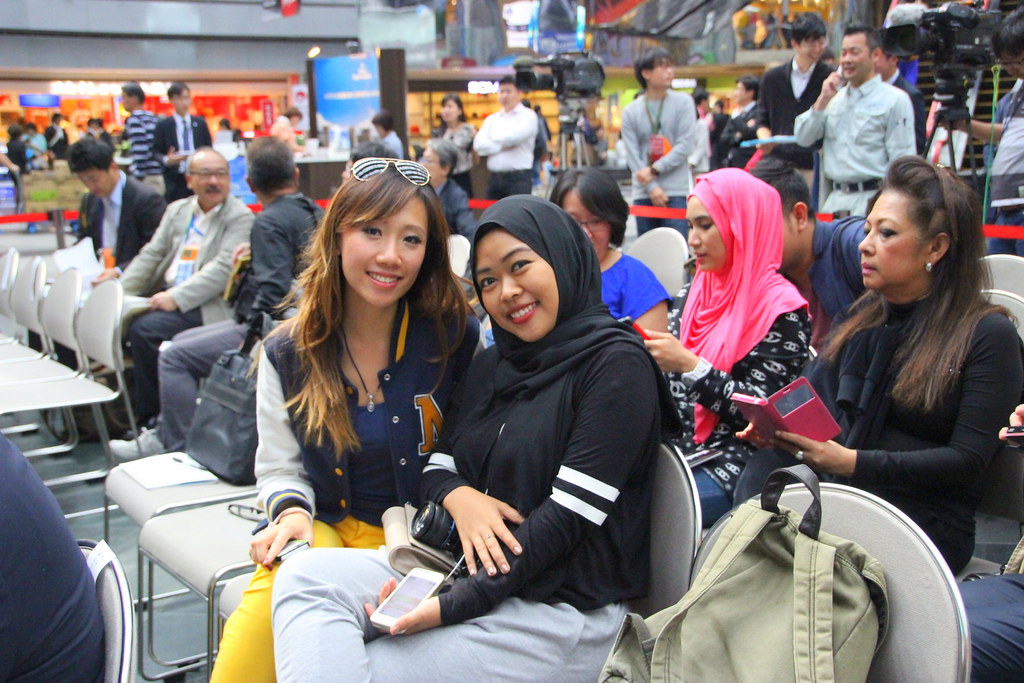 {Shea and I at AirAsia X’s media conference in New Chitose Airport, like we were sitting at the front row of a fashion show}

The very first time I met Shea was during our first trip to Paris together, when we brought back AirAsia X’s Xcintillating Phoenix from Toulouse, France. Our mutual happiness sparked through a Whatsapp explosion when we found out that we are made traveling partners again, and the rest is history. 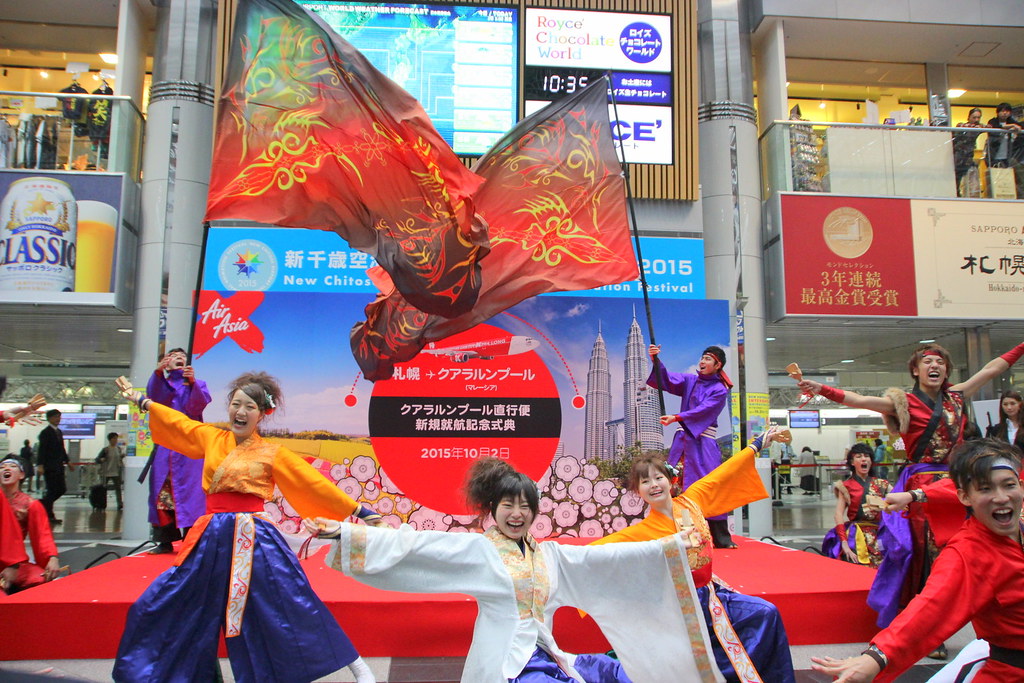 {Powerful smiles on pretty faces, making up for a vibrant and fabulous welcome for us and Tan Sri Rafidah Aziz who was there too} 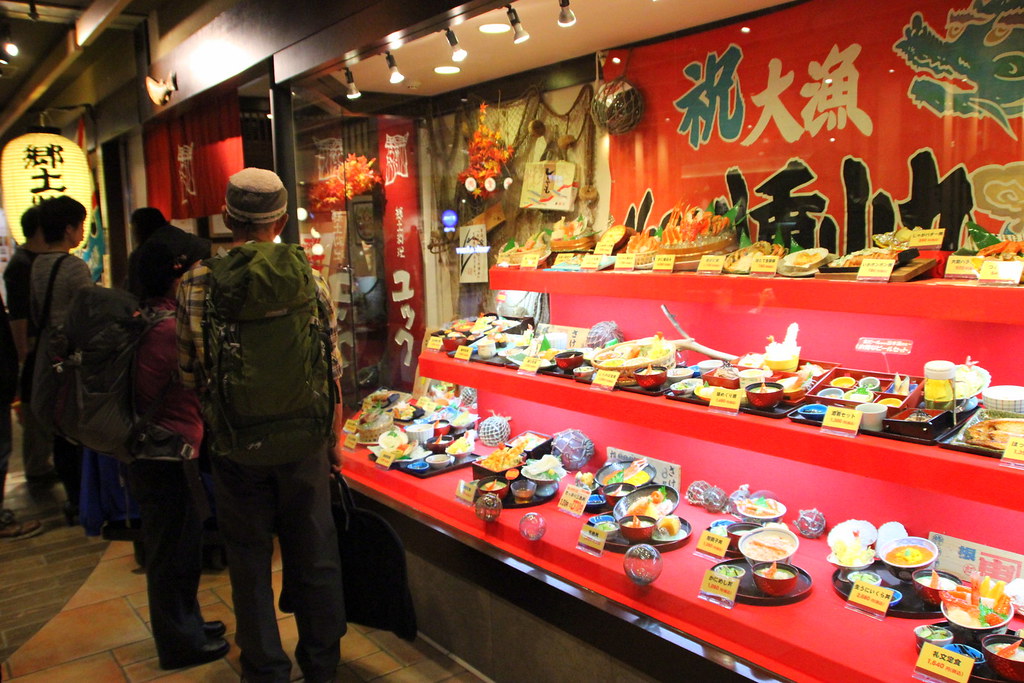 Lunch, being my first meal in Hokkaido, was all about making memories with seafood. I highly recommend this restaurant (shown above), which is located in New Chitose airport itself. 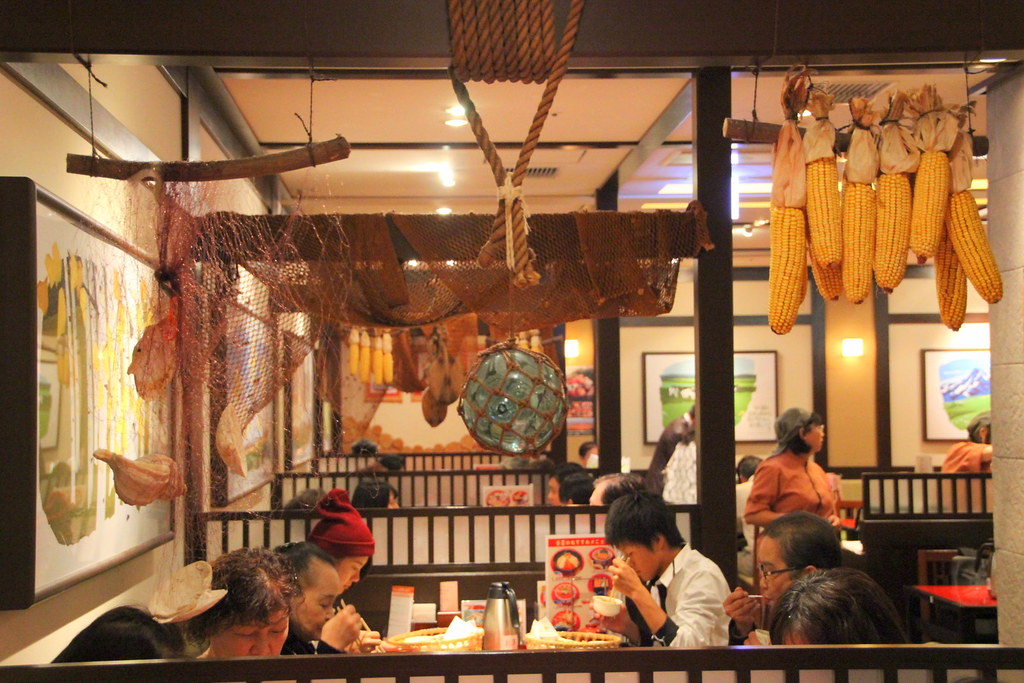 Inside is a whole different world from the new modern airport – cosy lighting, fishermen nets casted above the ceilings, floating seashells, and a huge glass ball hanging between every two tables. The view of the latter couldn’t escape me as I have always had a fascination with guli (marbles) ever since I was introduced to congkak in primary school. Yet, I’ve never seen one this BIG. 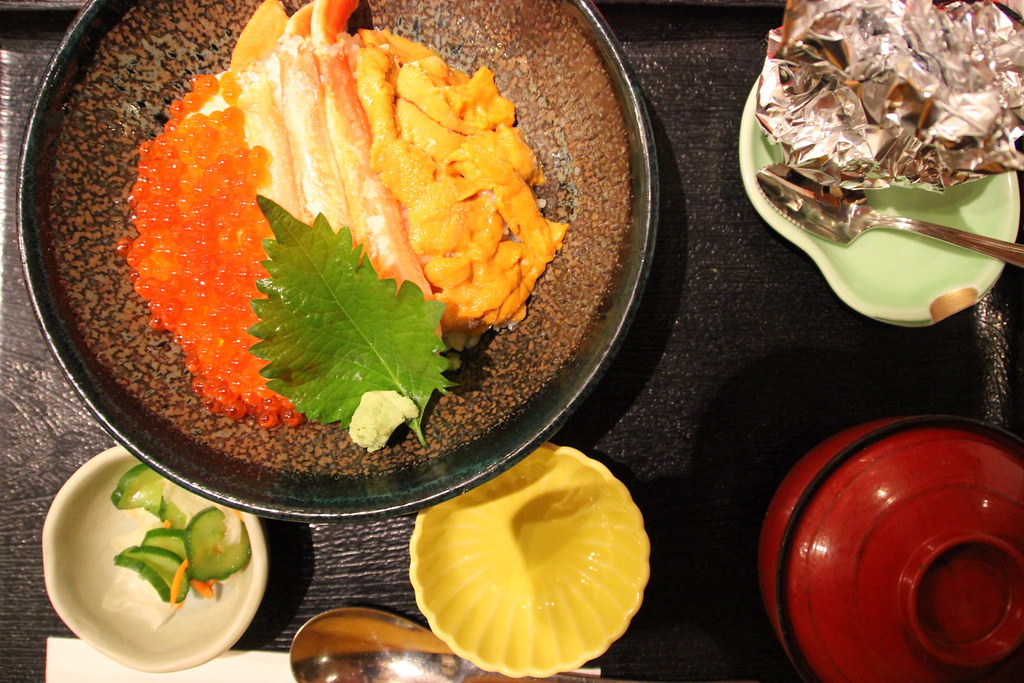 {My seafood bowl of fish roes, crab legs, and what I supposed to be sea urchin but tasted more like raw fish guts} 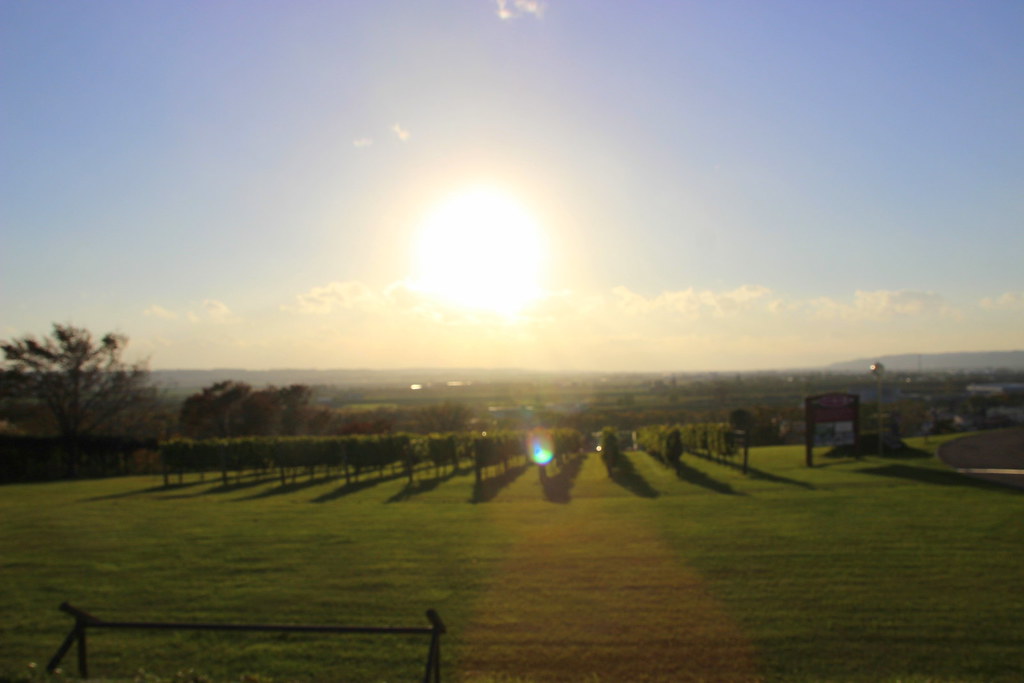 A sleepy bus ride transported us to Ikeda, where a wine castle nestled in an abundance of beauty provided freely and generously by the landscape above. 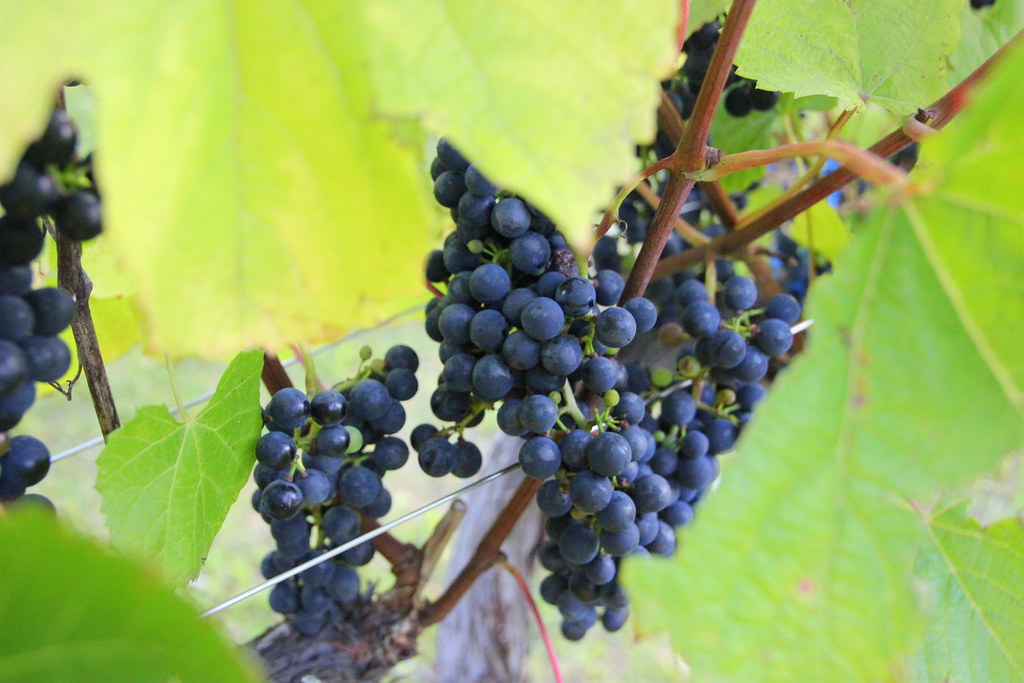 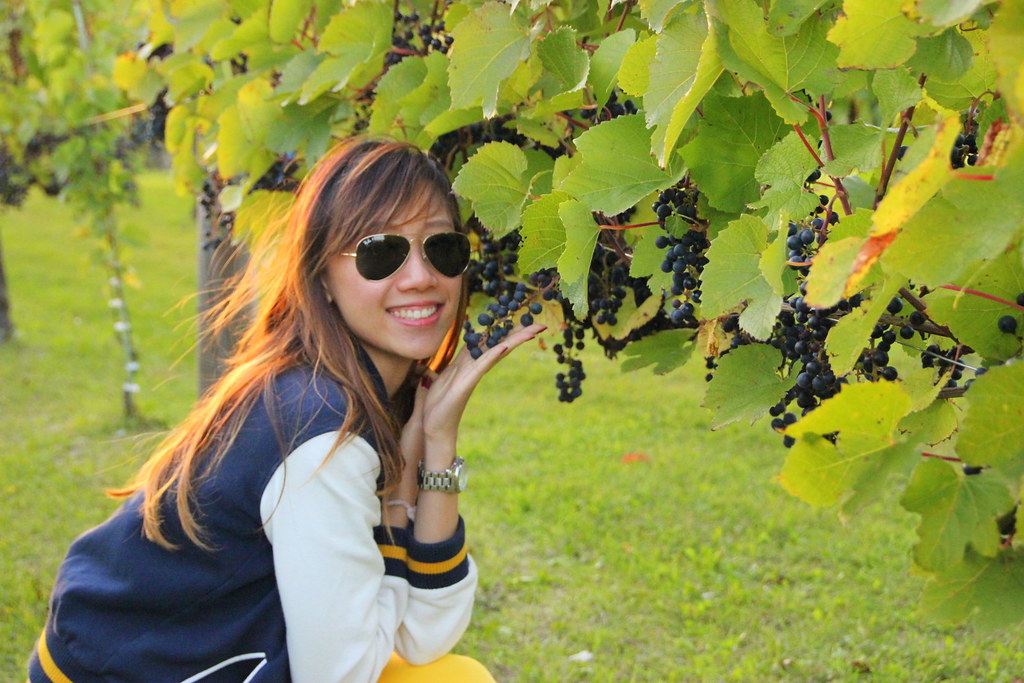 {Me at wine tasting} 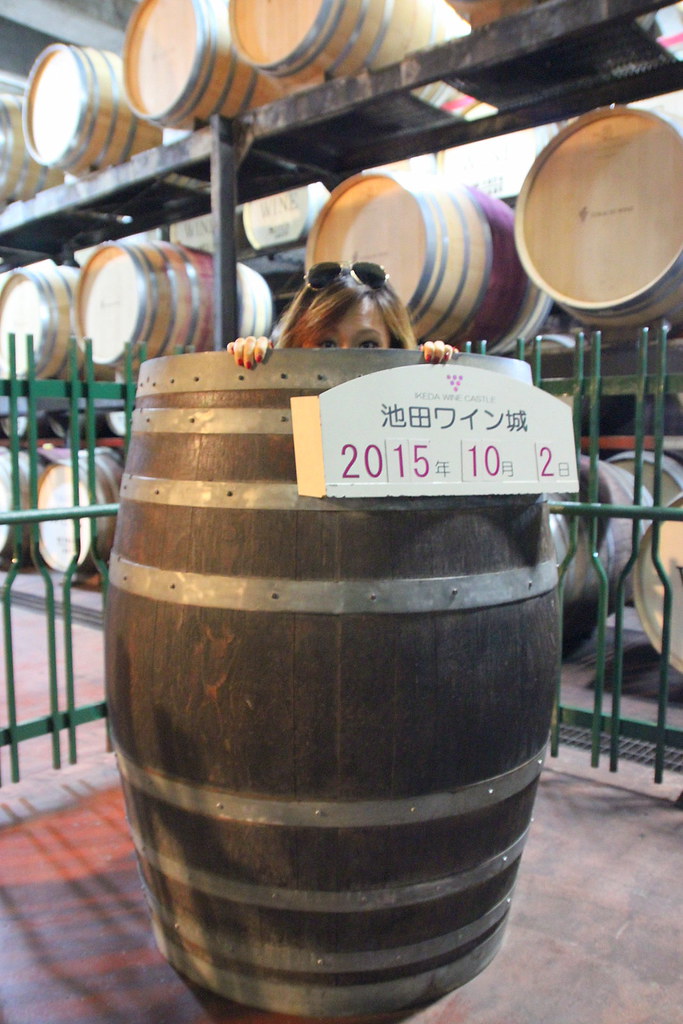 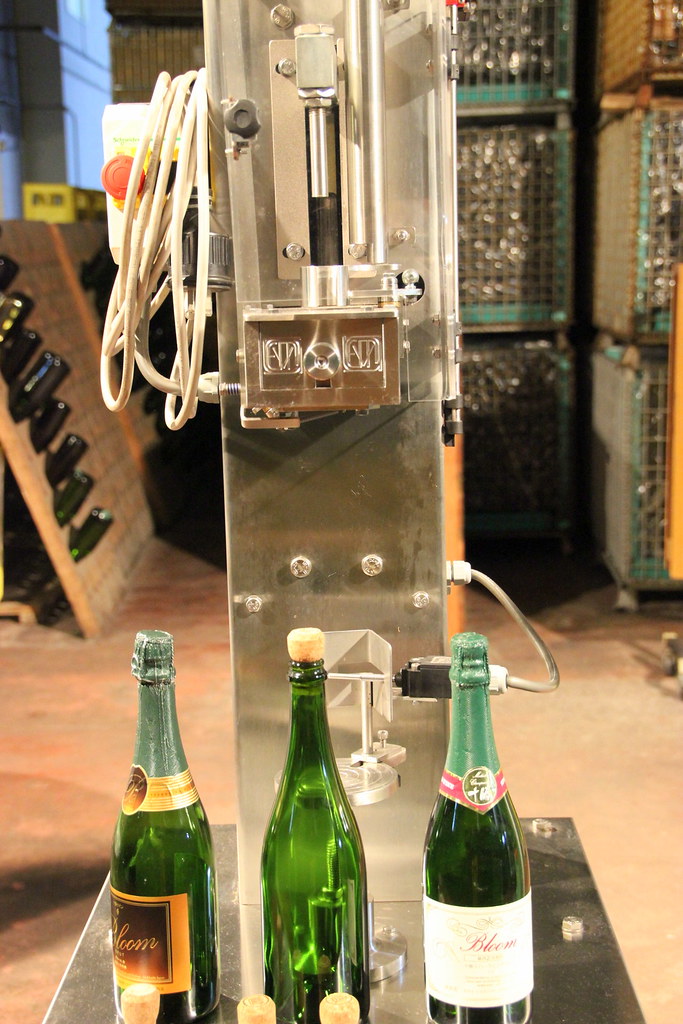 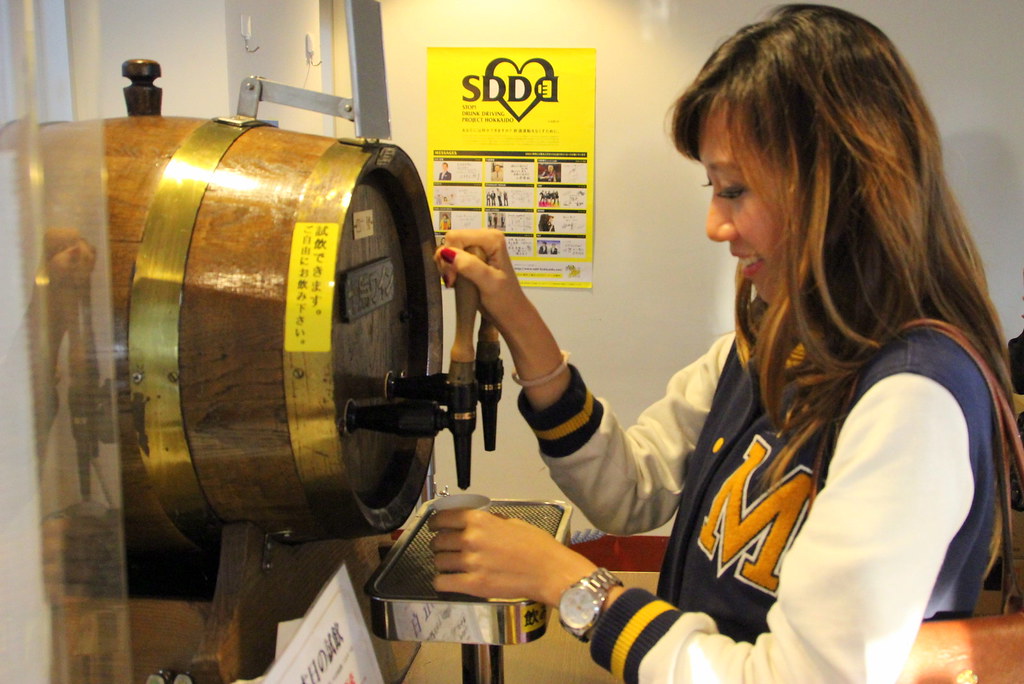 {Why say no to Ikeda’s free flow signature white wine from the barrel?} 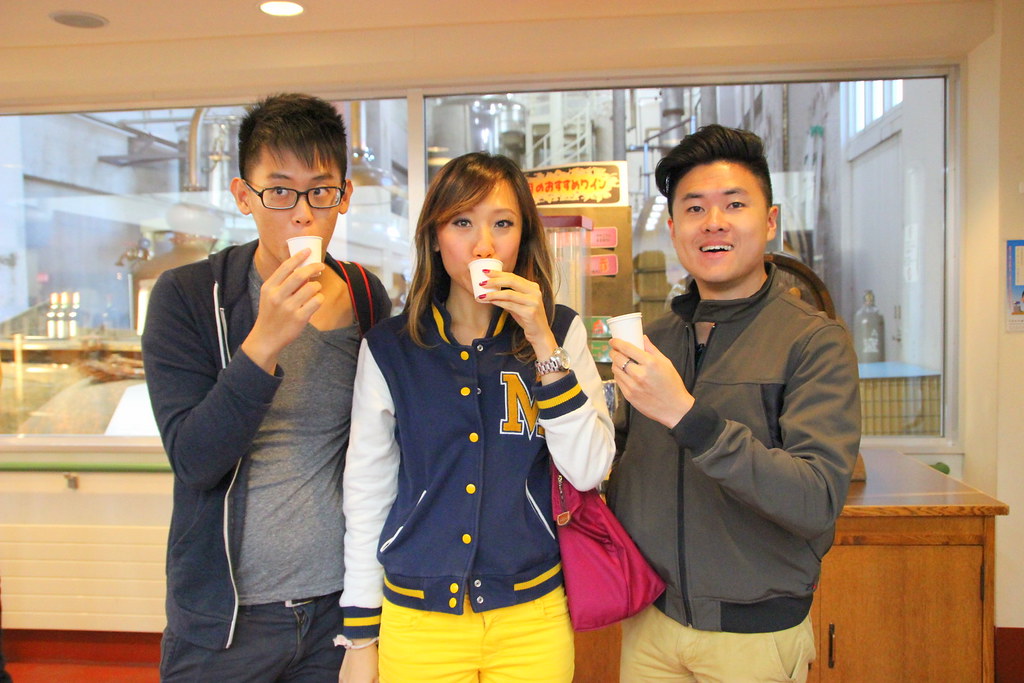 {Sipping with the boys; Nicholas and Pin Yu} 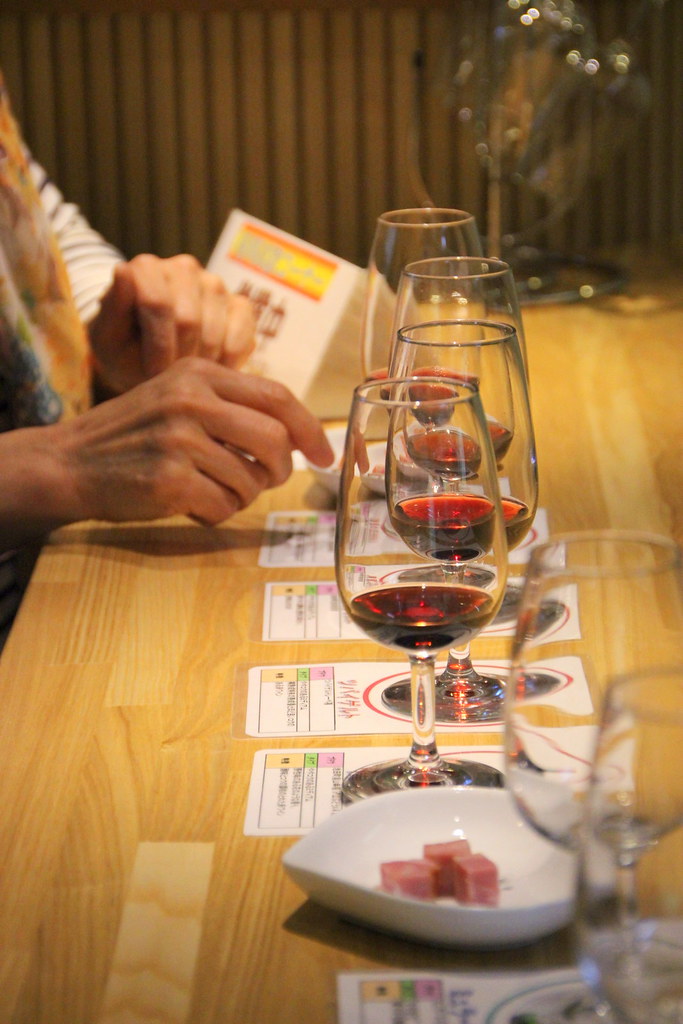 {For red wine tasting, a small fee is required} 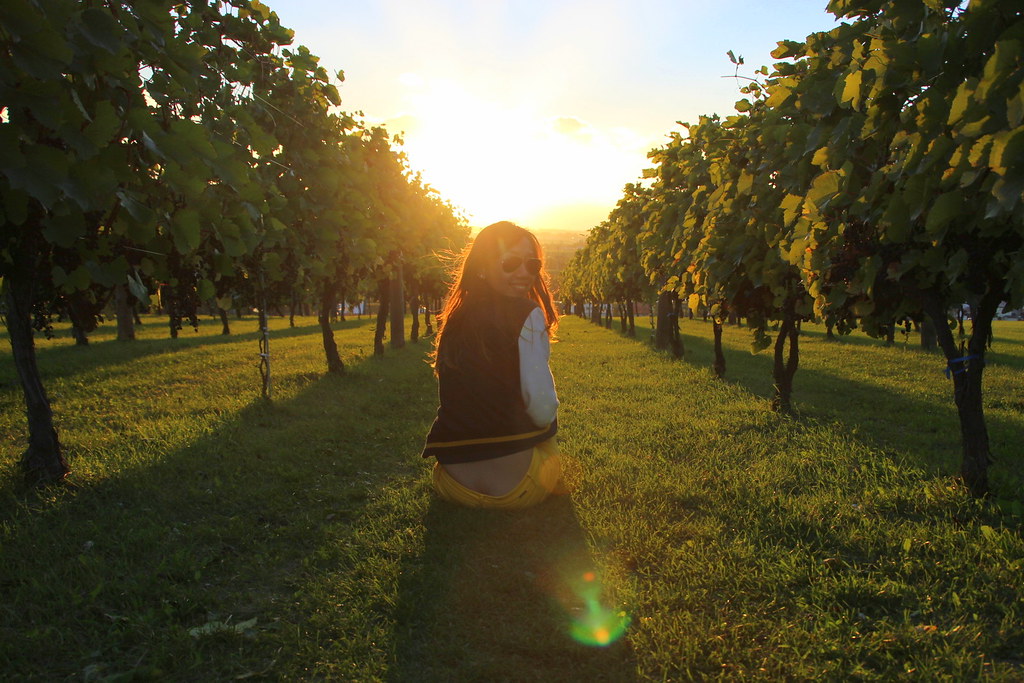 So, being the Chinese that I am, I skipped the red and bought a bottle of white instead before chasing sunset at the vineyard. 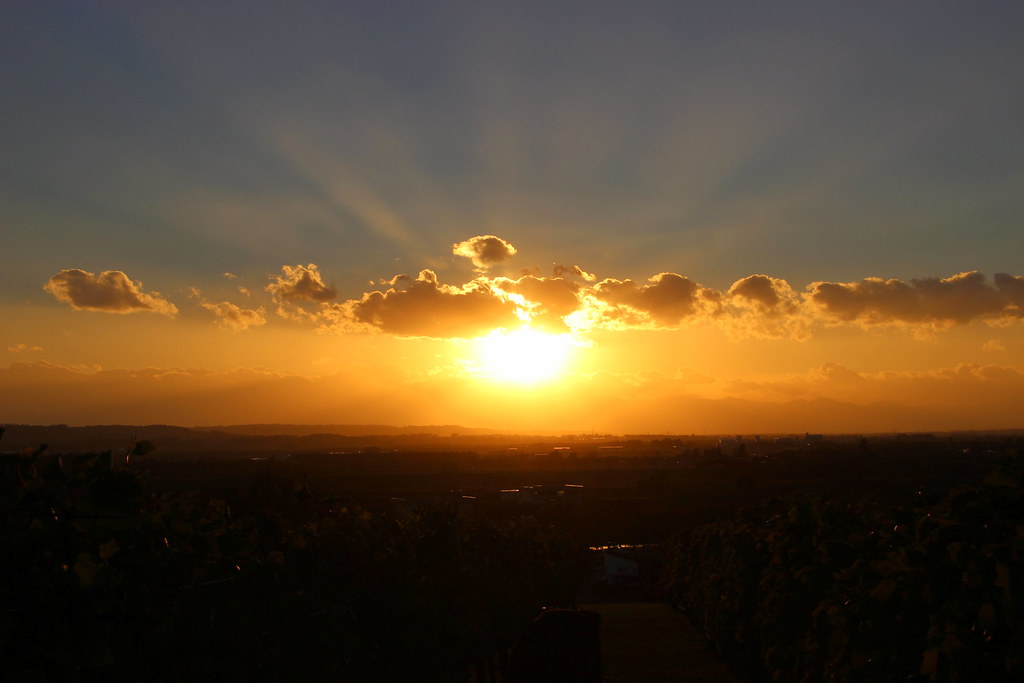 {It is no wonder Japan’s flag has a sun in it. The first sunset I witnessed at Fuji was the most mesmerizing number in my history of travels so far}

Back in the bus, we were told an early ‘bedtime story’ about brown bears. It is said that once upon a time, a boy fed a baby brown bear his food. The baby brown bear got hooked and always came back for the boy. Fear that it might be harmful as the bear grows up, the villagers killed the bear. Morale of the story? “Don’t feed brown bears your food”, warned our Japanese tour guide. There is this polite, concerned look on her face that made me giggled for some reasons I can’t quite identify. 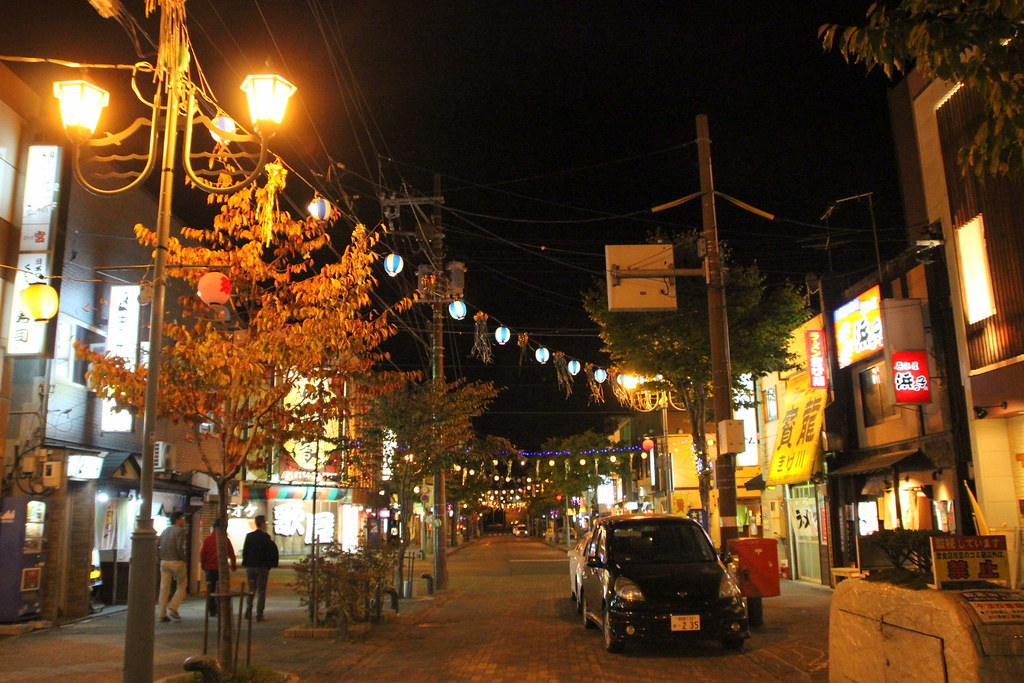 The wind was all macho and strong in the evening at Kushiro. Though the trees are short, their leaves whisked above our heads lending a therapeutic sound of rustling leaves. The streets were so quiet I wondered where everyone went. Are they asleep as early as 9 p.m.? Are we the only wonderers roaming at night?

In the trembling cold we felt like lost souls. An unexpected breeze attacked us from the front. Shea squealed and grabbed my right arm. So we walked with elbows interlocked, girl to girl, coat to coat, lending any warmth left in us to each other. We weren’t going to give up till we found what we were looking for.

There were no alphabets to be seen; only kanji characters in different fonts. I pushed a sliding door open, revealing a yakitori restaurant blushing in the dim. Everyone stopped what they were doing and stared at me blankly. Their eyes told me, “What do you need?”. 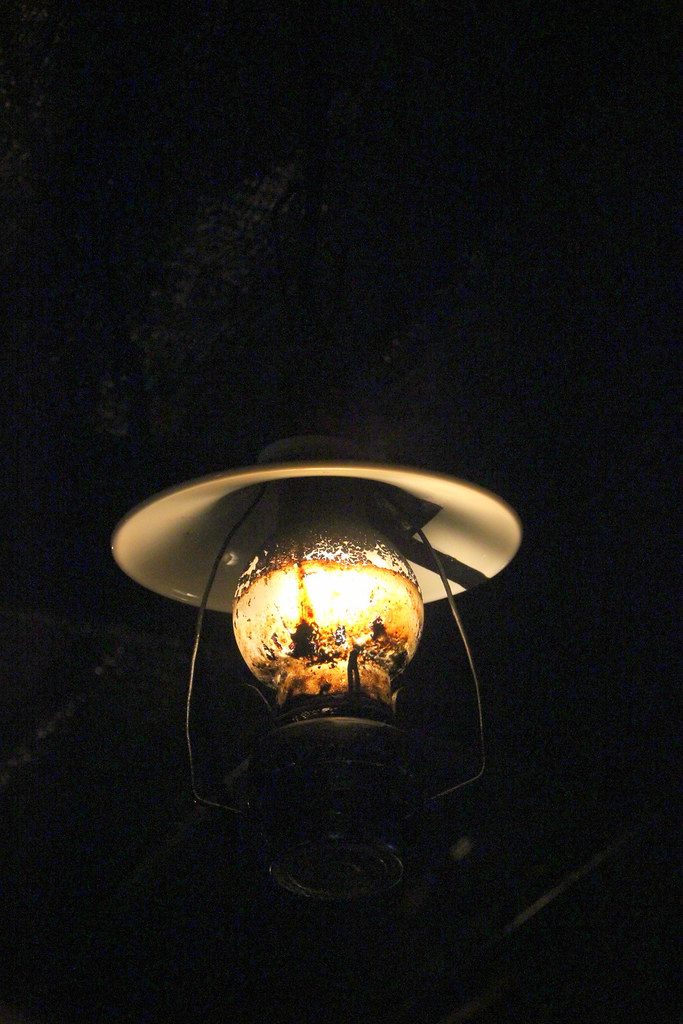 {The lamp that watched many stories of fishes and men}

We uttered the name of the restaurant recommended by our hotel, which dinner we skipped to opt for something more adventurous. An old lady in her apron emerged at the door and looked at the map held by our frozen fingers. She used her hands to make an international sign language that implied “Wait here”, went back in, and this time returned wearing a pair of round glasses resting low on the bridge of her nose. Everything I knew, I forgot – the moment she touched my arms and encompassed us to another sliding door opposite HER restaurant.

Guiding a bunch of clueless tourists.

Who speak no Japanese.

We were so touched we didn’t know what to do. Her kindness left us feeling handicapped. 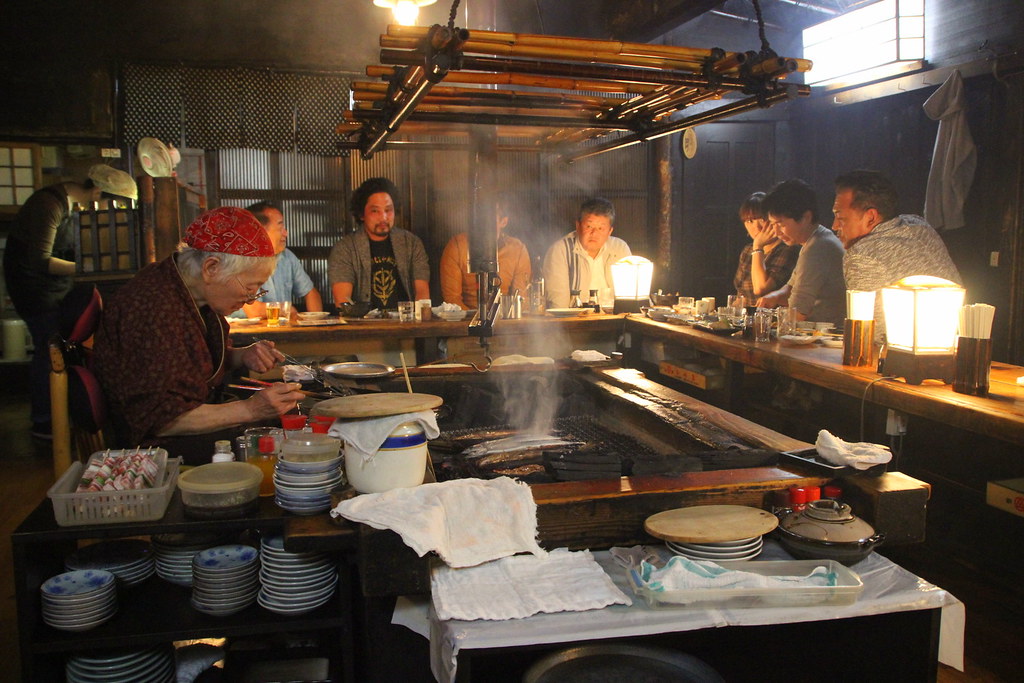 Behind this sliding door, unfolded another queer story of an old man (or lady, we couldn’t tell) who never spoke a word; never looked anywhere except the grill, a lean lady who passed the menu, grilled dishes, and drinks around. Everything was centred around the grill with a smoke suction made of bamboo which obviously didn’t do the trick at all. We were the only foreigners in a tiny brown cube bursting with flavours, smoke, and character. No doubt, in this secret nook I collected my most memorable food experience recorded in Hokkaido. 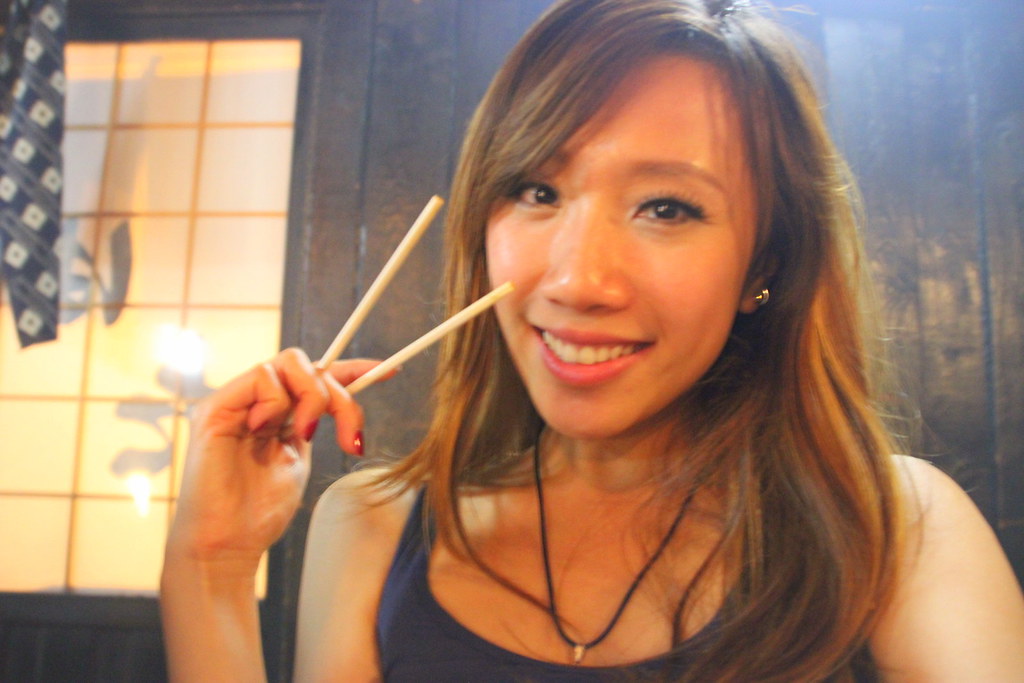 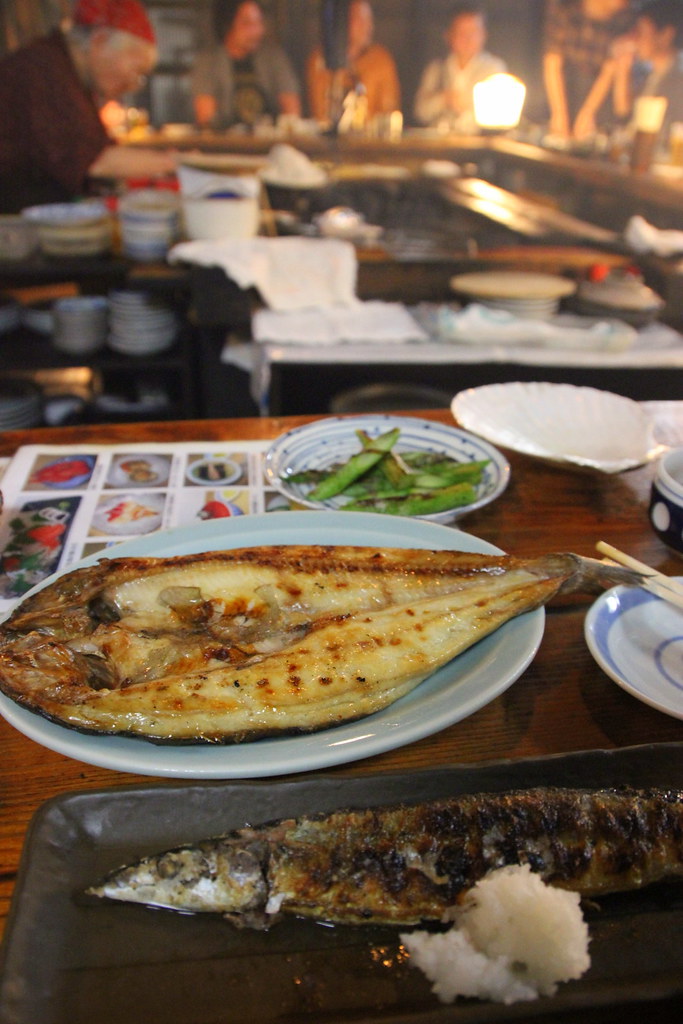 To unearth this secret place, key in 3 Chome-1 Sakaemachi into Google Maps.

AirAsia X is the ONLY airline that flies directly from Kuala Lumpur to Sapporo, offering x8 weekly flights. Book your flight here for a fresh, new adventure!