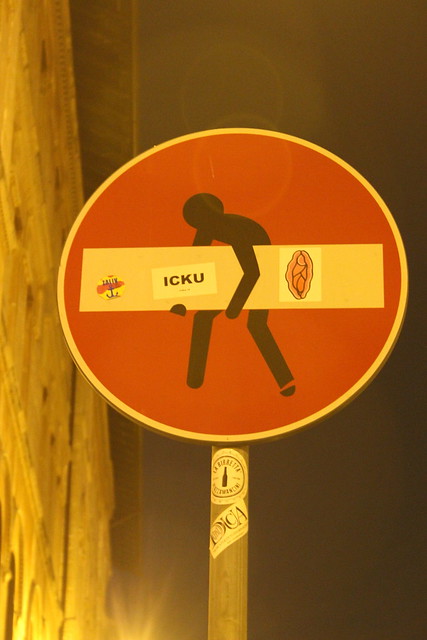 If there was a pasta place worth an entire blog post, it would be Le Mani in Pasta, secretly tucked in a cozy neighborhood in Rome by the name of Trastevere.

My itinerary for the night after a pretty long drive from Pisa consisted of indulging in a plate of legendary, unforgettable, delicious fresh pasta for dinner. What and where else if not PASTA in ITALY?

The sub highlight was to lose our minds in an orally orgasmic experience by savoring Carciofi alla Giudi, the famous fried artichokes in Rome’s Jewish Ghetto; which heart brokenly, we failed in our quest of hunting. If you find it, do email me a picture or two. i’d be so happy for you.

As i placed all the weight of our evening on food, Big Guy was strong-willed to fall in love with Rome at night. So we made a compromise to do as much as we could of both, albeit the exhaustion. 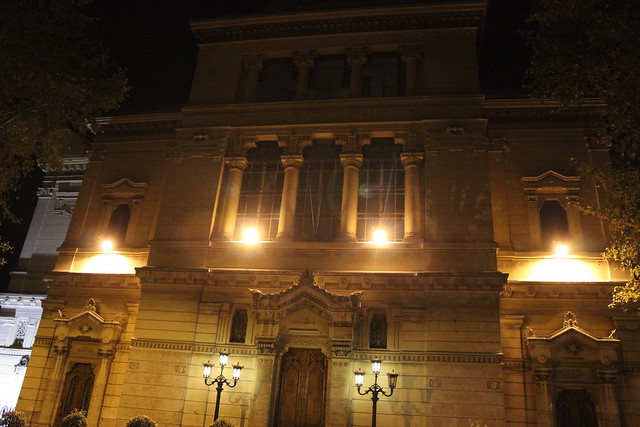 First things first. Upon checking in a hotel in a new city, always get a map from the receptionist and ASK AWAY. Circle the areas to target, and hit the road! 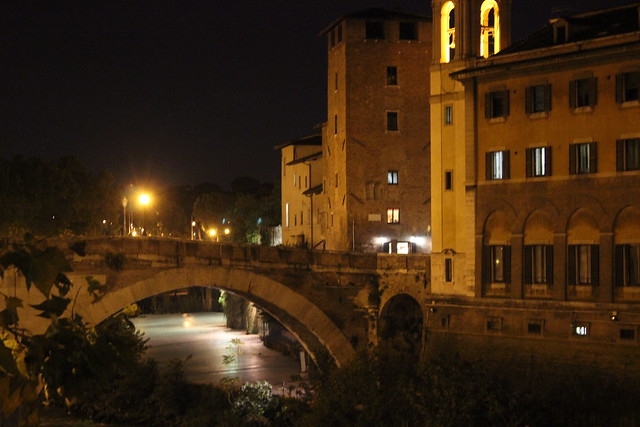 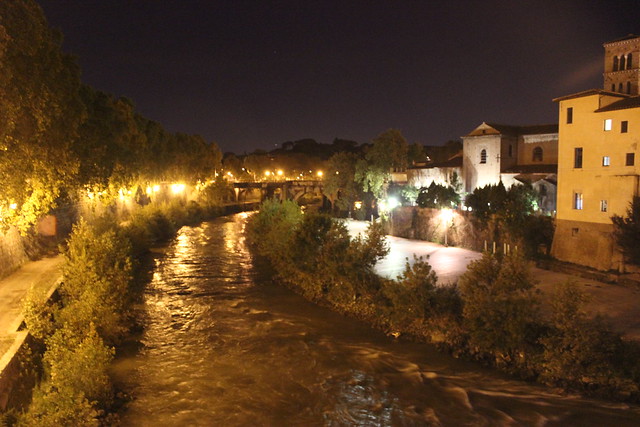 {drained our iPhone batts in search of Rome’s Jewish Ghetto; which is apparently nearby Tiber Island. until today, i’m still unsure if we really found it . . .} 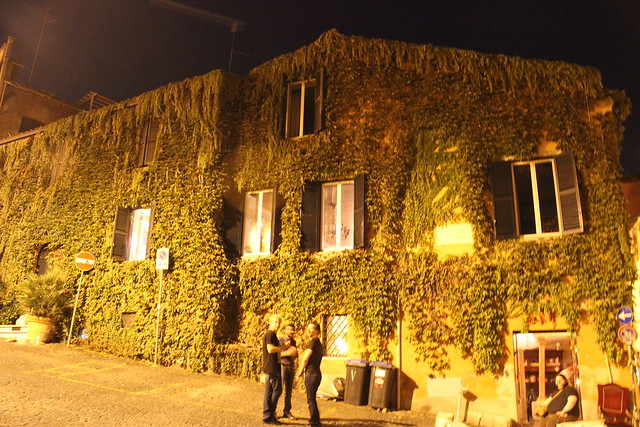 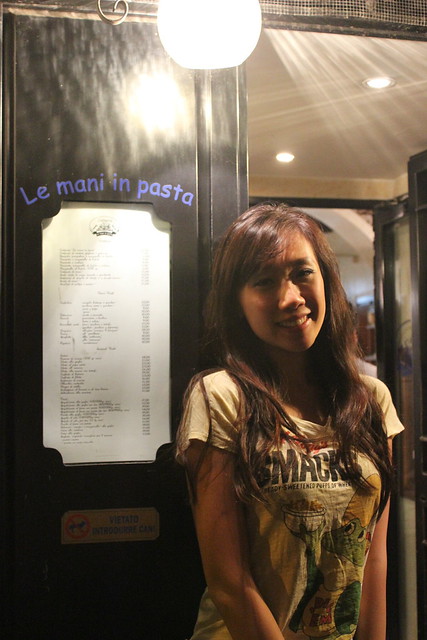 Le Mani in Pasta is the talk of the town. How do you know if you can trust a restaurant at a foreign place? Go only where the locals eat. Or should i say, queue. 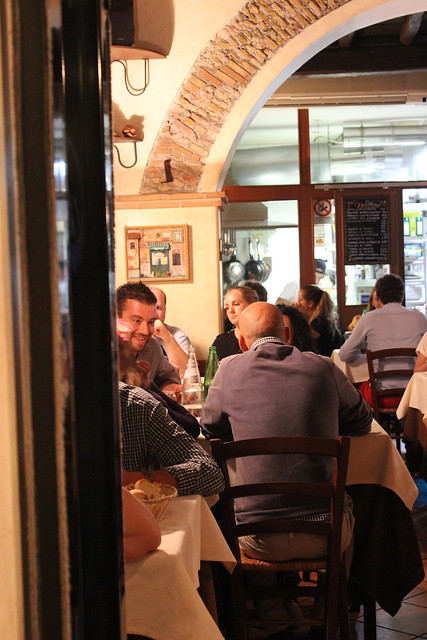 {view from the queue outside}

During our first attempt, we managed to wait for about 15 minutes. Big Guy believes that it is infra dig to queue for food. So we took our departure (about 20 steps?) and i stopped in abeyance. No, that didn’t feel right. Not at all! It was my main highlight of the night and i would need to change my name should i betray my desire to have THAT particular pasta, not knowing if i ever come back to Italy again!

Big GUy heaved every existing molecule of his being with a slight frown between his eyebrows saying lugubriously, “If you want to go there, we go there.” And yes, i DO want to go THERE! So we retraced our 20 steps and found a longer queue this time, so i tried to inoculate Big that it was a right decision. 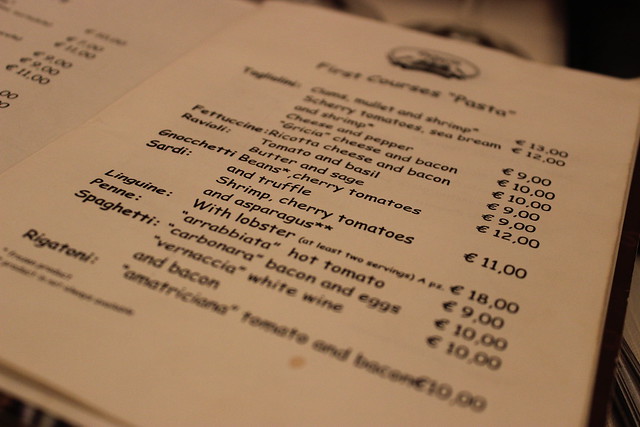 i don’t remember how long we waited (i don’t want to remember either), but we were so glad that we did. Irony: we didn’t know what to order or which to ‘attack’, to be exact. So the waiter arrived and introduced us to their Today’s Special: Lobster Zucchini Pasta. 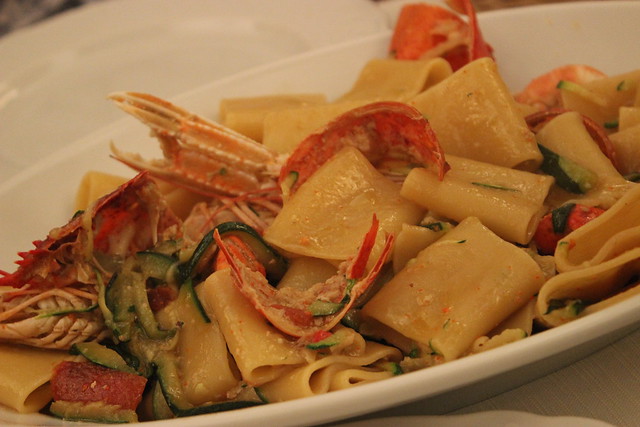 Big and i are picky eaters outside. We share the same belief that service is equally as important as food, and that includes honesty in all areas in the food business. This was what happened:

Our pasta made a grand entrance that turned heads. We dug in like peasants. It was the BEST pasta i ever had in my entire life INDEED. But there was one problem: There were no lobsters. There were only lobster SHELLS! Usually, we would make a fuss about such sordid situation until they get it right, but lucky for them everything else in that plate got us so hooked we let it be.

Two things to keep in mind: 1. When in Rome, do as the Romans do. 2. When helpless, find a reason to forgive. i.e. As it was late, perhaps they ran out of lobsters so they had to use other customers’ leftover shells but what were they to do – they still have to make a living anyhow. (Lame, i know.)

So would i recommend you to still go there? As much as it may sound like a fallacy, unfortunately YES, but do so EARLIER. 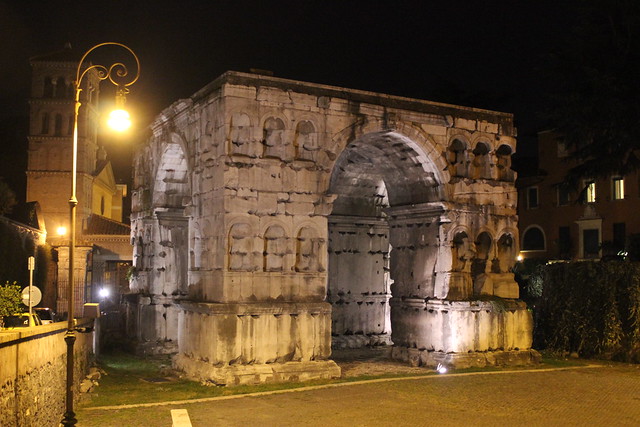 We walked out of the restaurant filled, fuelled, and oddly happy. Big Guy said that he was glad we waited and to me, balancing the compromise between two travellers made me most pleased. We cruised around the Colosseum and allowed the beautifully dilapidated city steal our breath away. 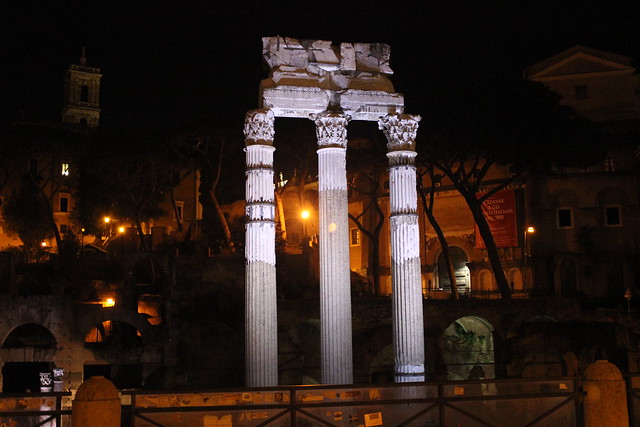 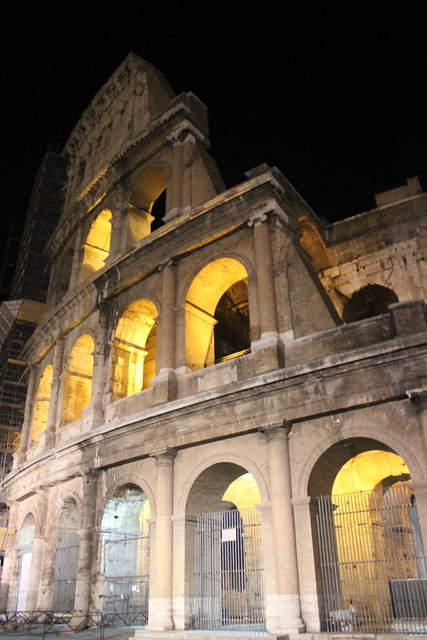 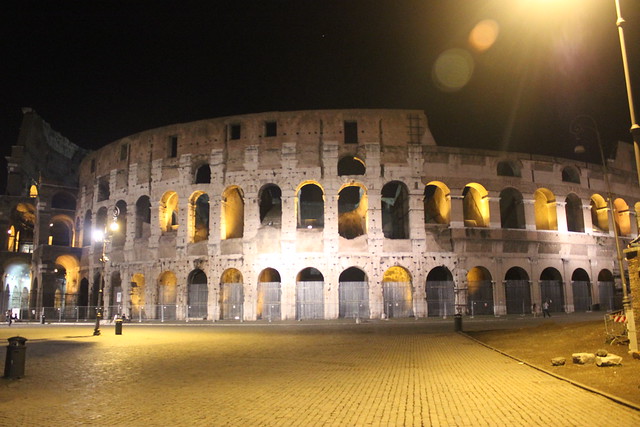 You may read my other posts on Italy here: