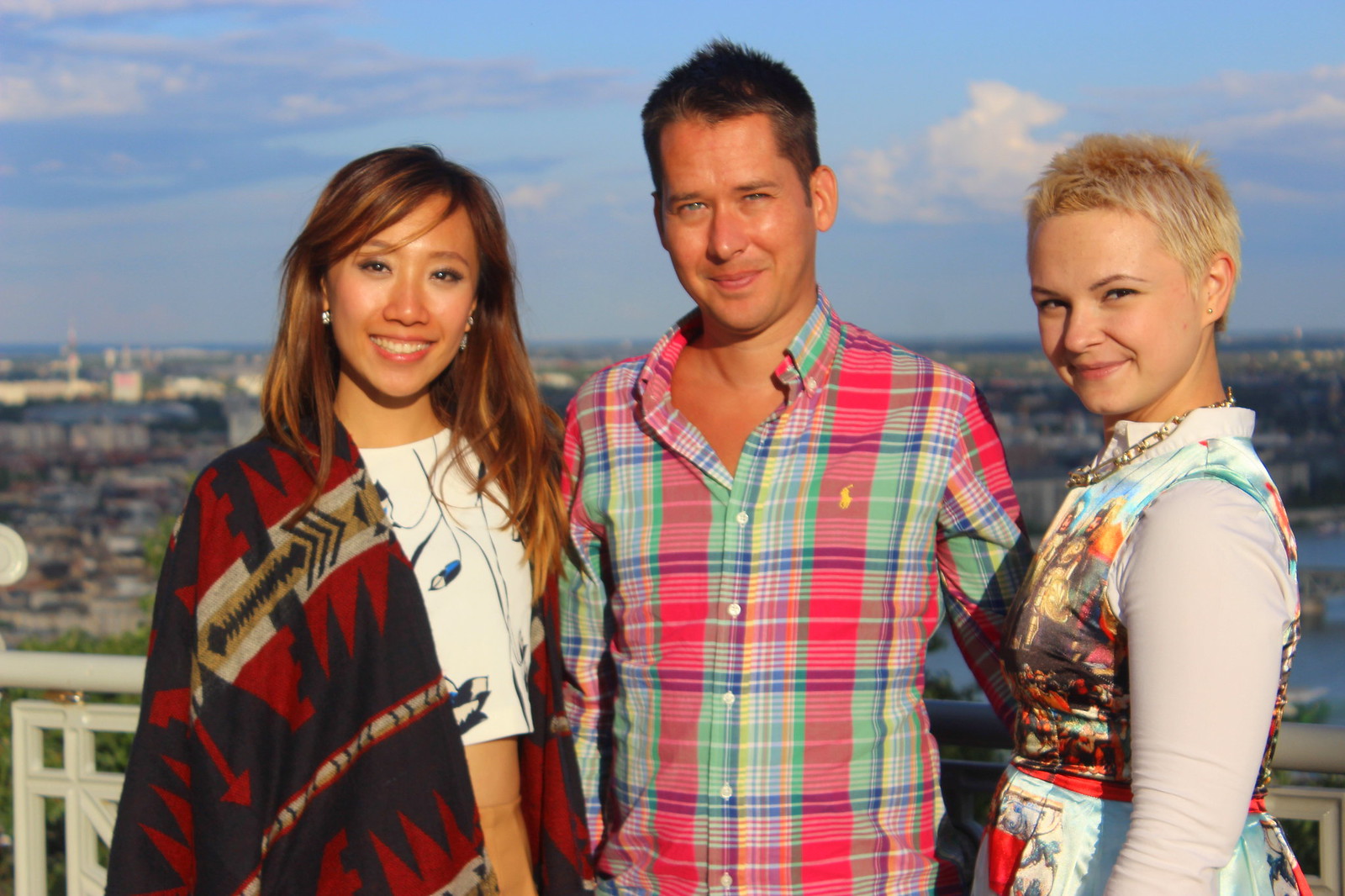 My favorite memory of Budapest is also one that I doubt I can ever forget. Lost as a migrated bird from its flock after a rather awkward lonely dip at Széchenyi, I found myself in the warm embrace of Zsofia and Daniel’s friendship. It was midday and my compass was broken. I had already seen everything from Budapest in One Day.

The moment I saw the Galambos couple, I wondered if it’s possible to receive a welcome more radiant and fashionable. Zsofia, spelled with a ‘Z’, has a name as stylish as her character – full of life and very original. Dániel, on the other hand, has got to be the most gentle person I’ve ever met. You know how some people has a kindred soul so honest and transparent you just know? That is Dániel.

I left my day in the hands of the couple who were brimming with hospitality, curiosity and friendliness. “We are taking you to a countryside called Hollókő”, said she and I was like “WOW. Hollókő. What a name!”. I never knew if I actually said that out loud, as part of me was already captured in the grasps of their passion.

Zsofia took the wheels as it was her first time playing host at Coushsurfing. On top of having my day planned out in details, I was provided with a selection of Hungarian drinks as refreshments. I mean, I’m not even sure if I was ever that good a host to a stranger! Some moments I felt like a newly adopted pet pup at the back of the car, receiving all the attention I didn’t know what I did to deserve. 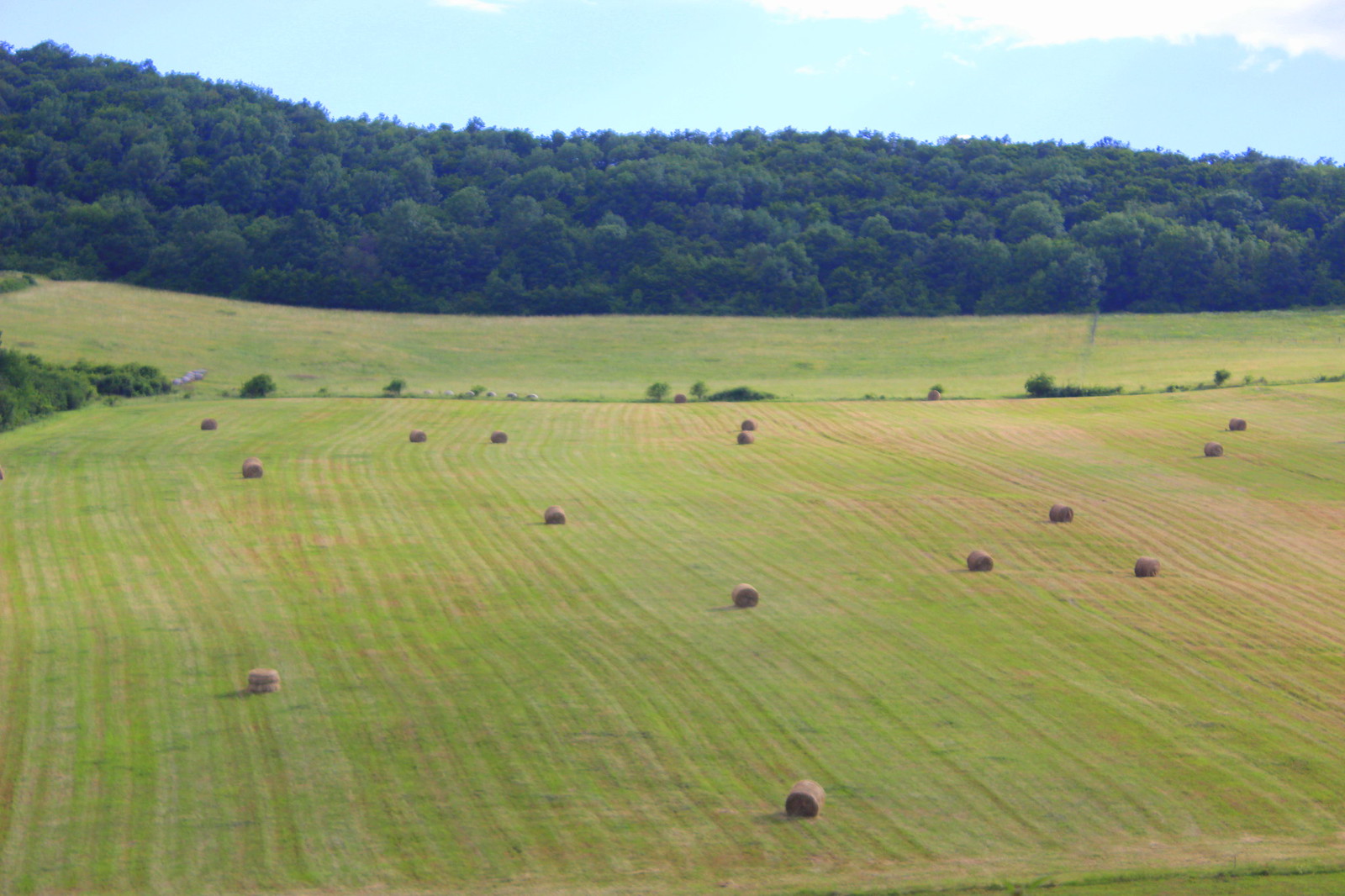 The pleasant one hour drive to Hollókő was like flipping through Enid Blyton’s Magic Faraway Tree storybook; which was bible and homeland to my imagination as a kid. Enter: dreamy meadows decorated with barrels of hay, delighting you to imagine happy cows grazing. 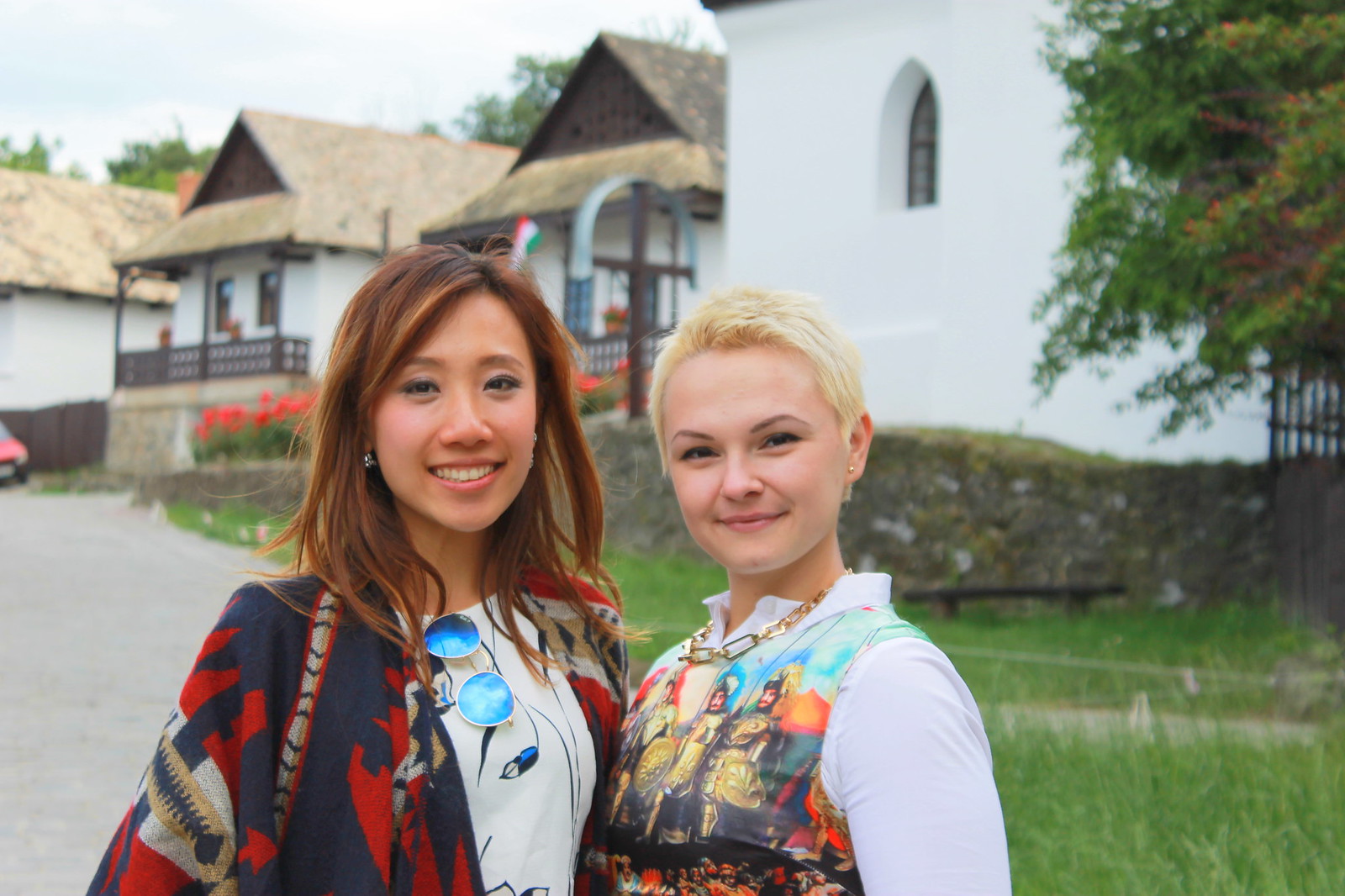 We obviously come from two very different worlds, so the couple were very curious about where I came from. Halfway through our journey, Dániel took out his laptop and amazed I was to see that they have already saved snippets of articles and links about Malaysia to show me! What I remember most was the talk about dengue. Aye aye, the reputation we have overseas in different parts of the world, who knows. 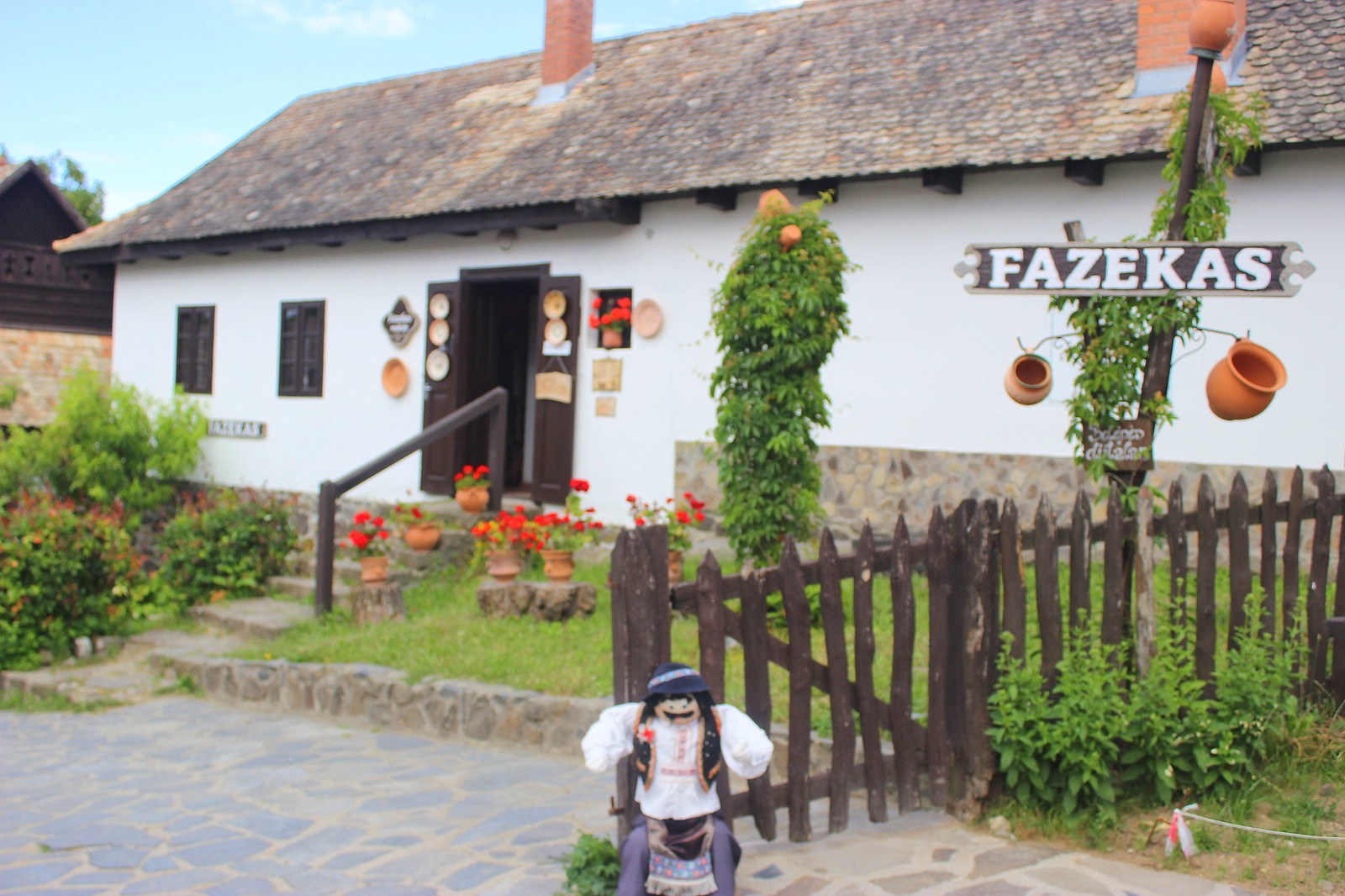 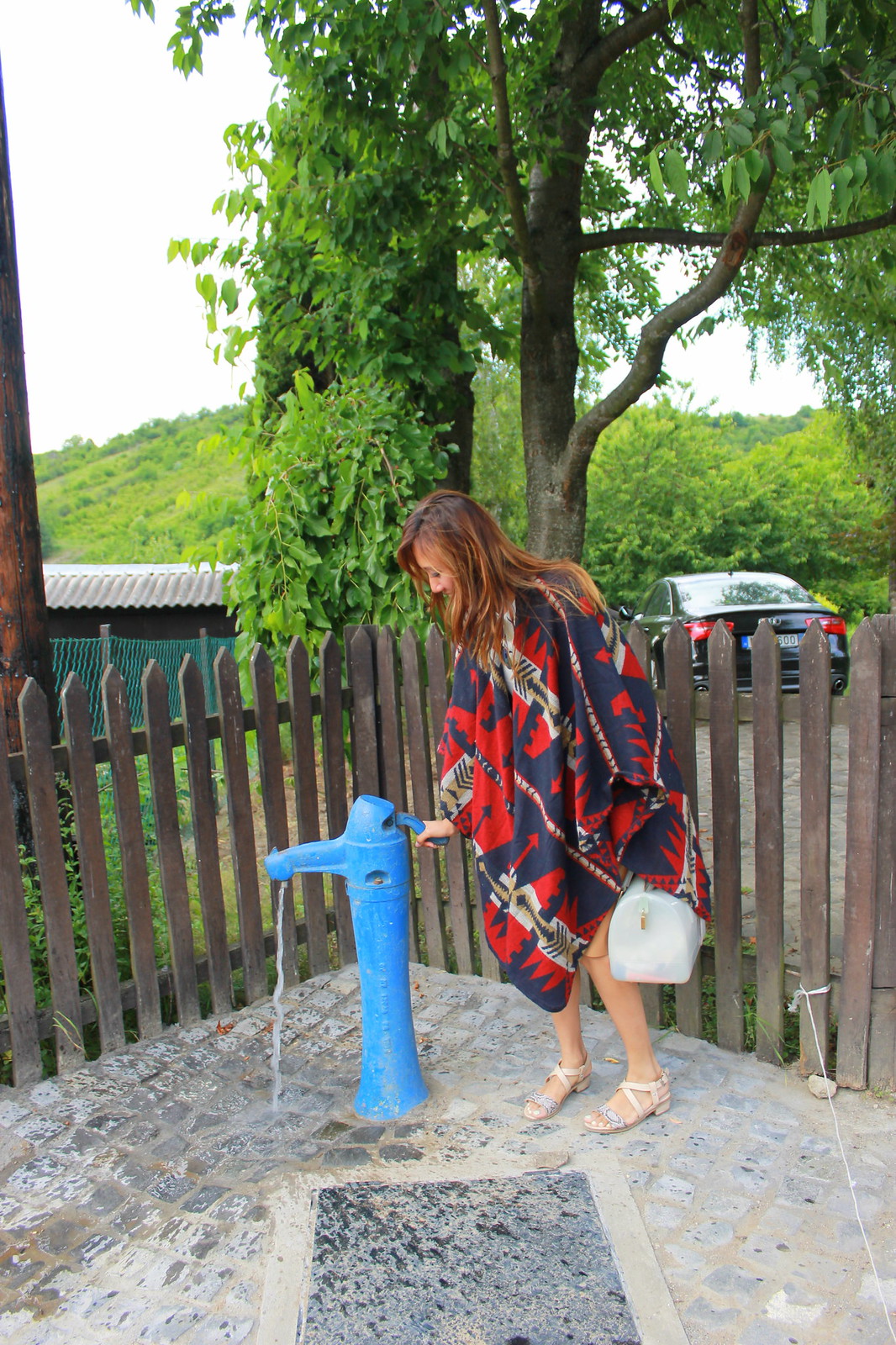 We arrived at the quaintest town with habitants throughout my dictionary of travels. It is extremely adorable I’ve never seen anything quite like that. That moment I knew I made the right decision to spend extra days in Hungary, and now that I’ve completed my central Europe trip, I swear by saying that within the golden triangle, Hungary is my favorite and undoubtedly will be for many. 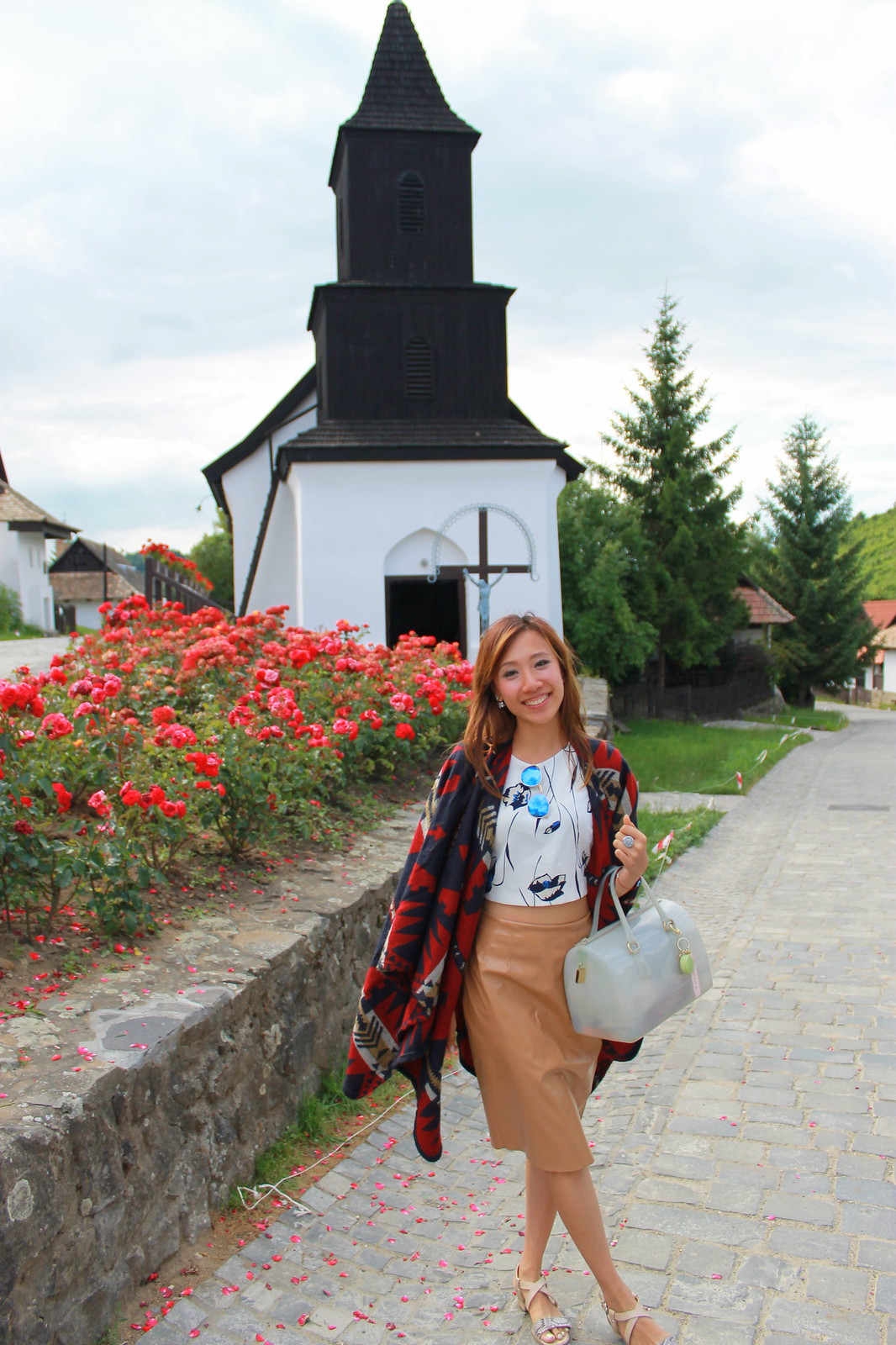 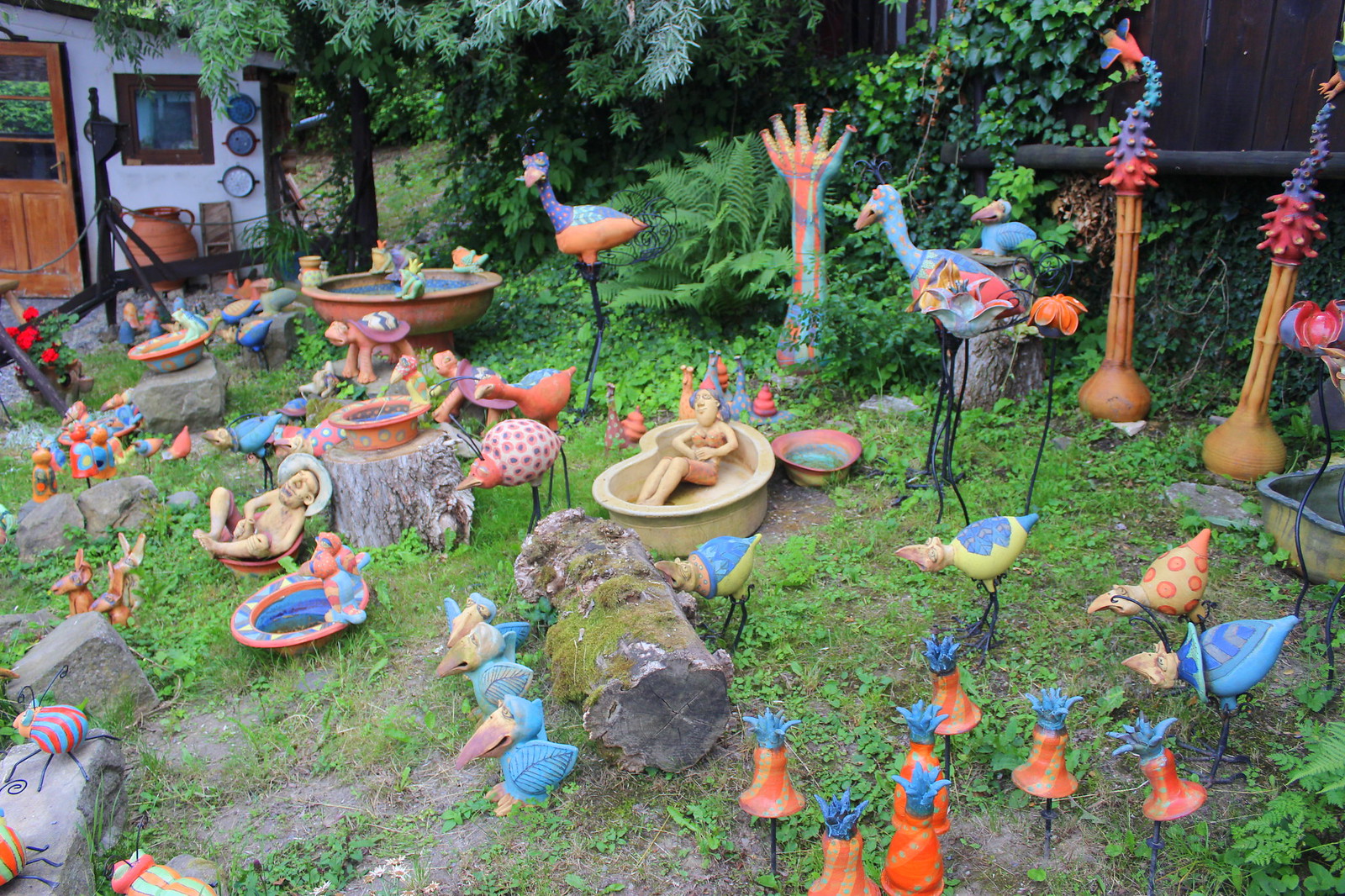 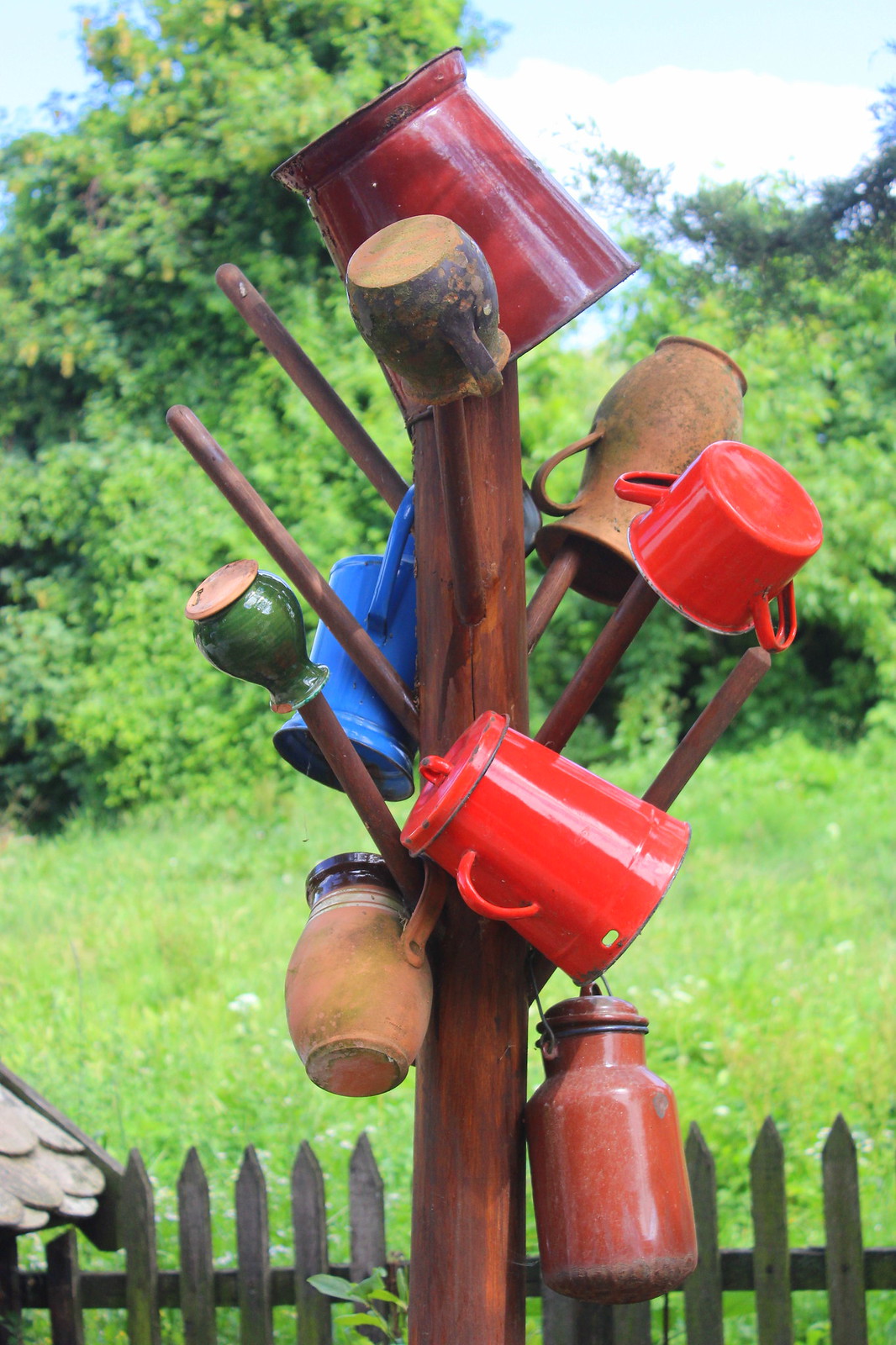 In the context of Magic Faraway Tree, Hollókő is a toy land of saucepans for Mr. and Mrs. Boots. In this neat countryside, one will find gardens filled with toys made of clay, hanging earthenwares and boots that make up for one of the most random scenes on the planet.

Instead of a myriad of different florals, here the focus goes to small red flowers that smile at you. Colorful brooms hanging on fresh white walls spike one’s curiosity with a lingering thought if there is to be any meaning behind it or if some hybrid character named Harry Pinocchio secretly lives here. 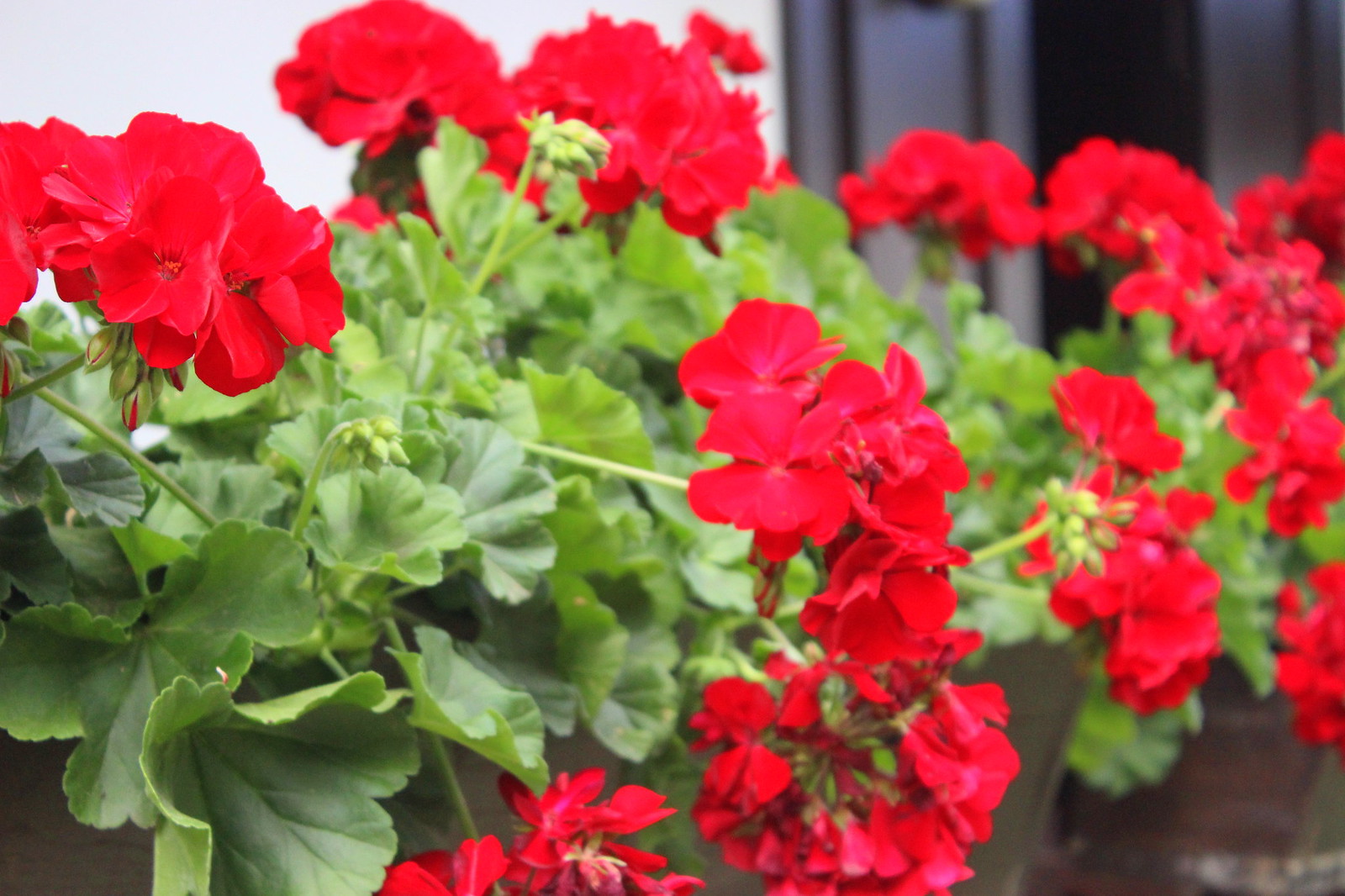 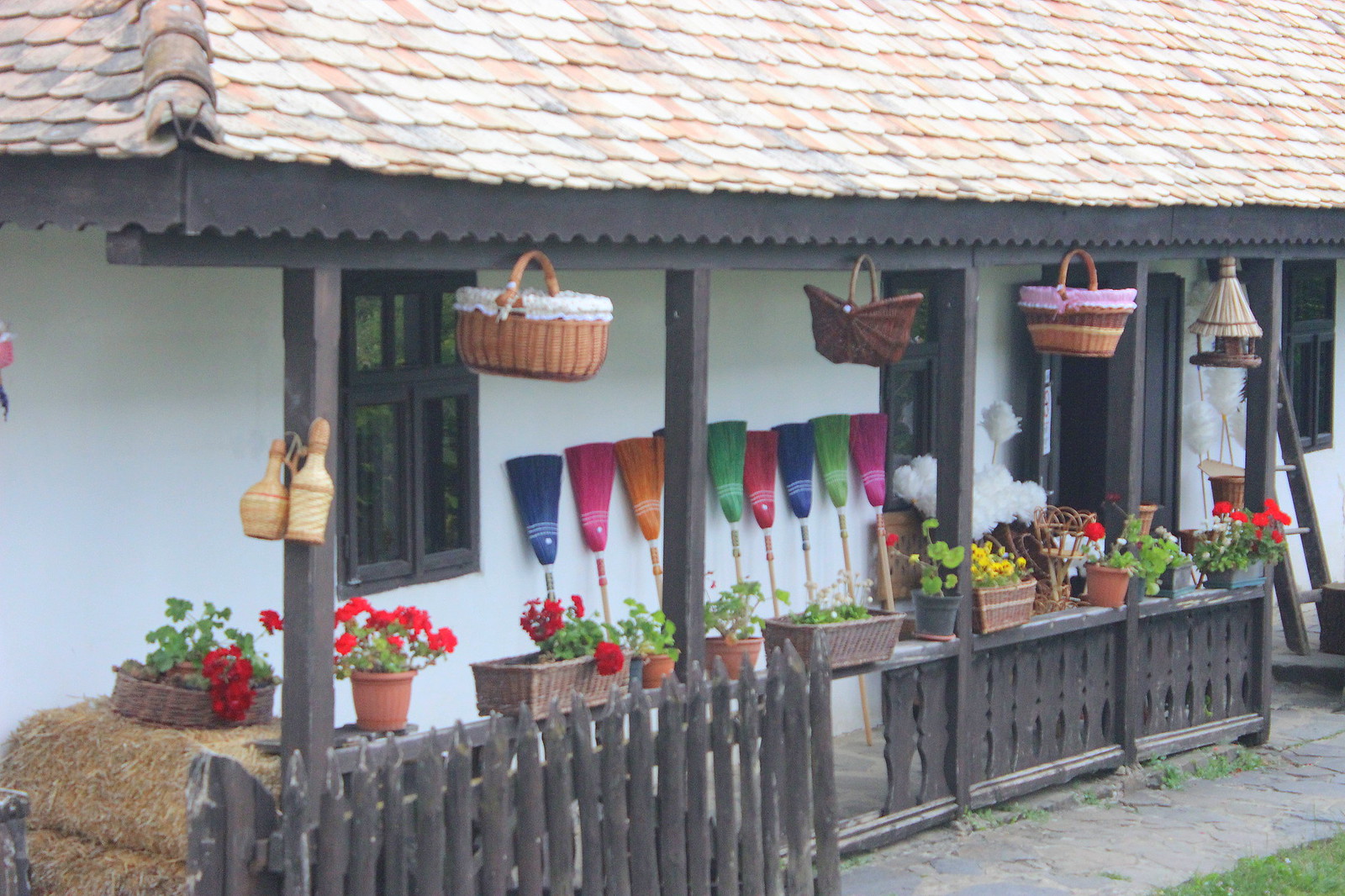 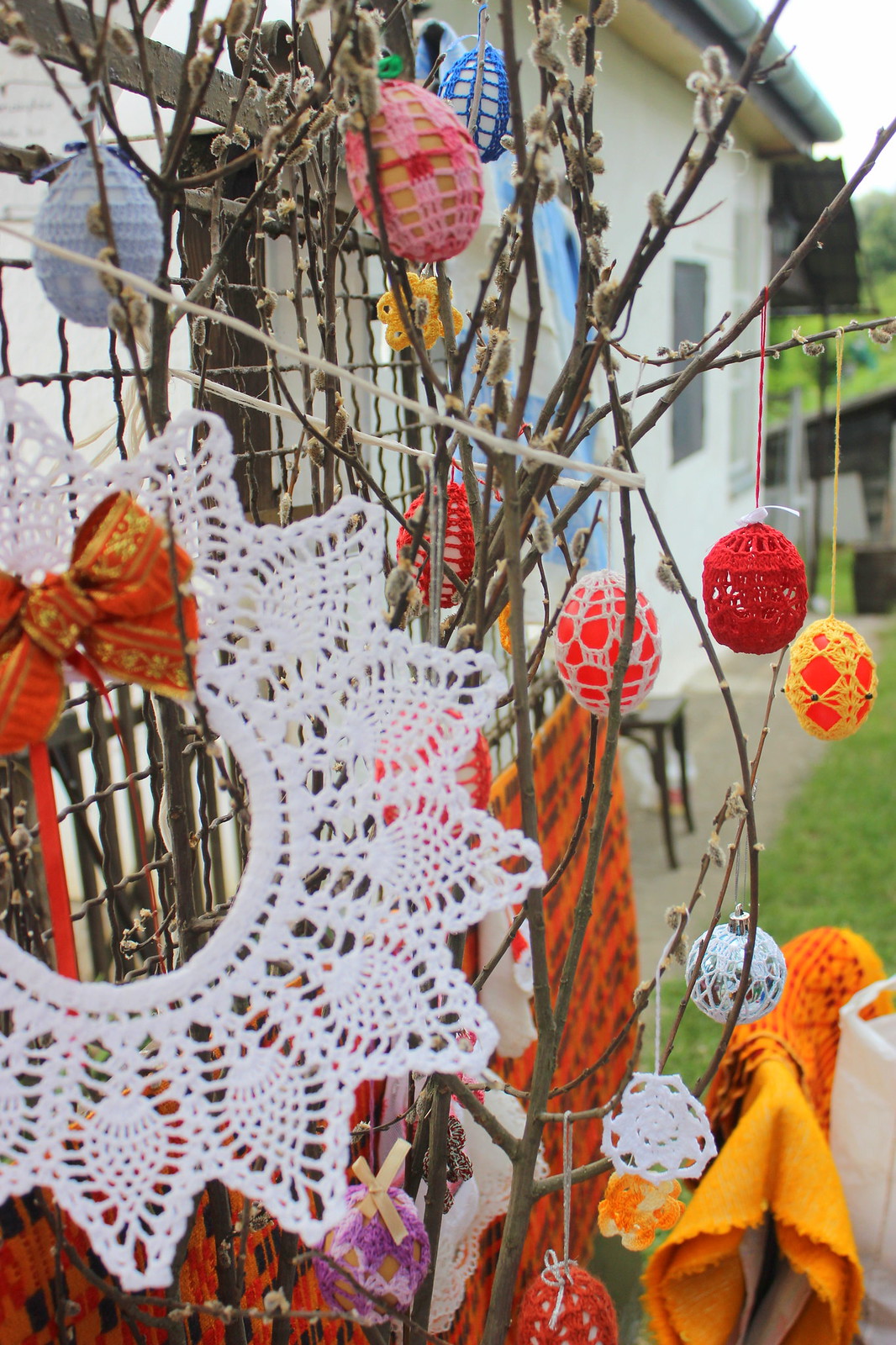 Lunch was the best part that no where in Budapest city can beat; not even the fine dining restaurant I went to. Each dish served was as traditional and rustic as Hollókő gets. It tasted like there was music in my food! The dining experience was definitely made for a lifetime to remember. 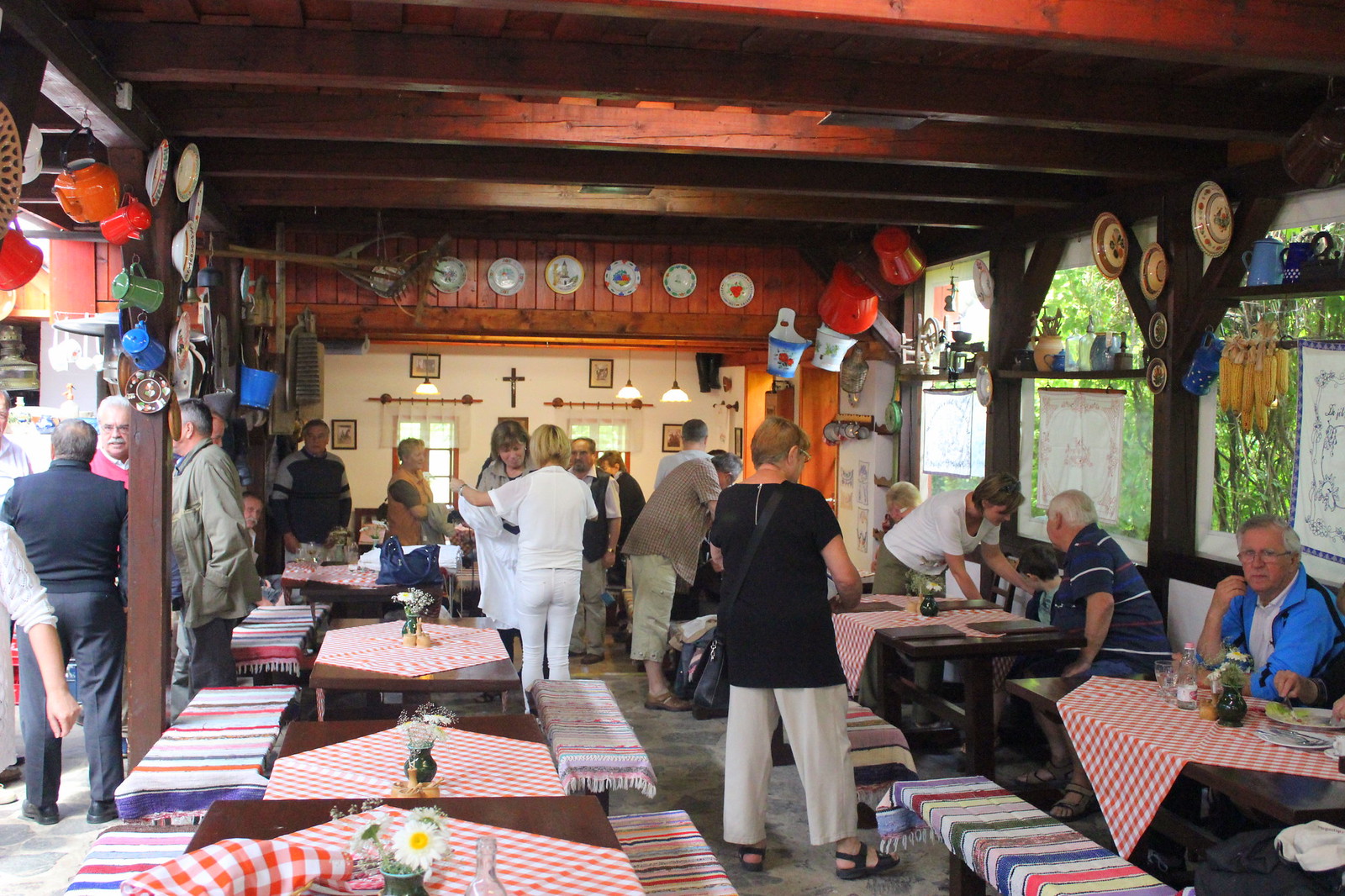 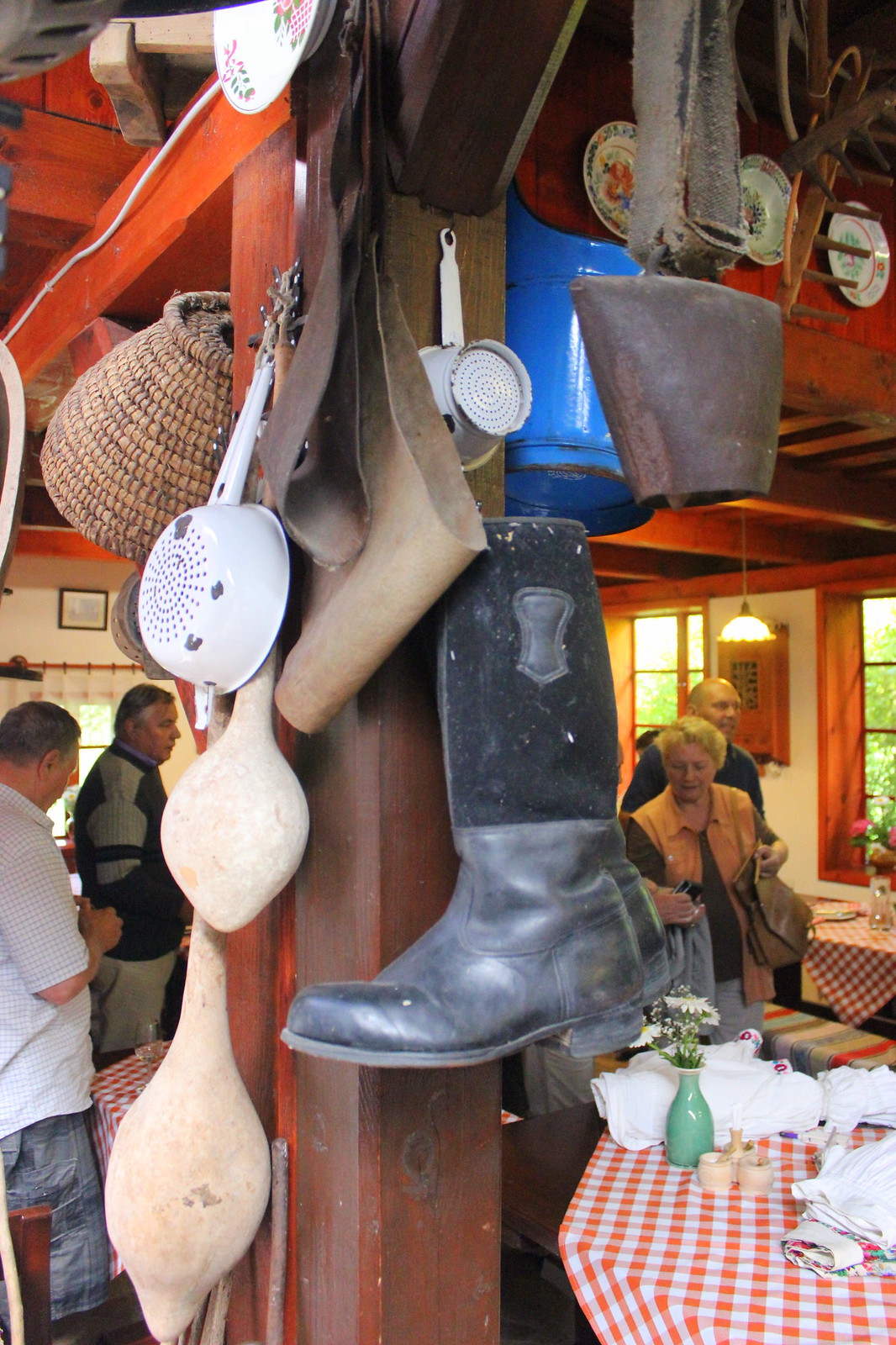 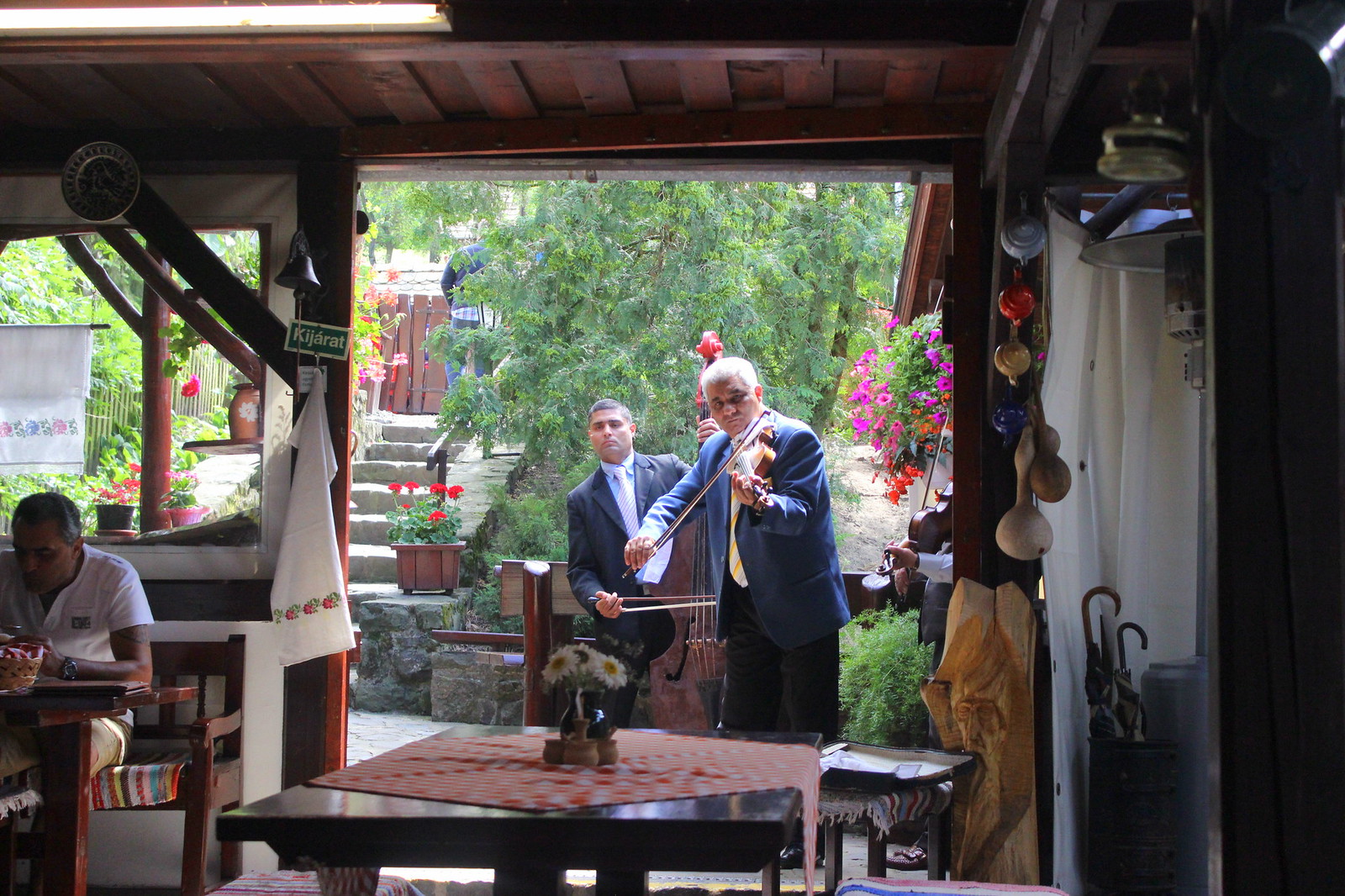 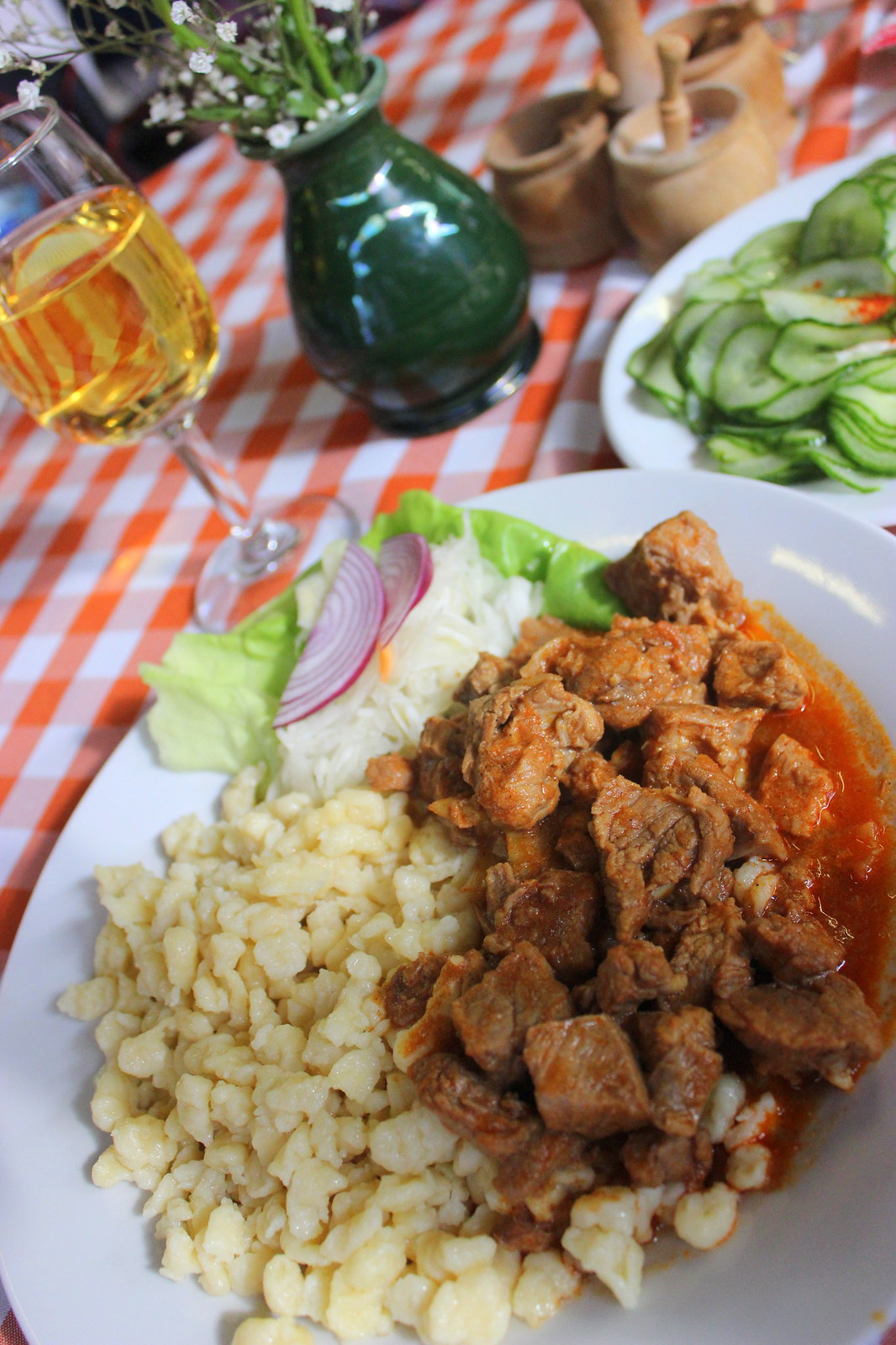 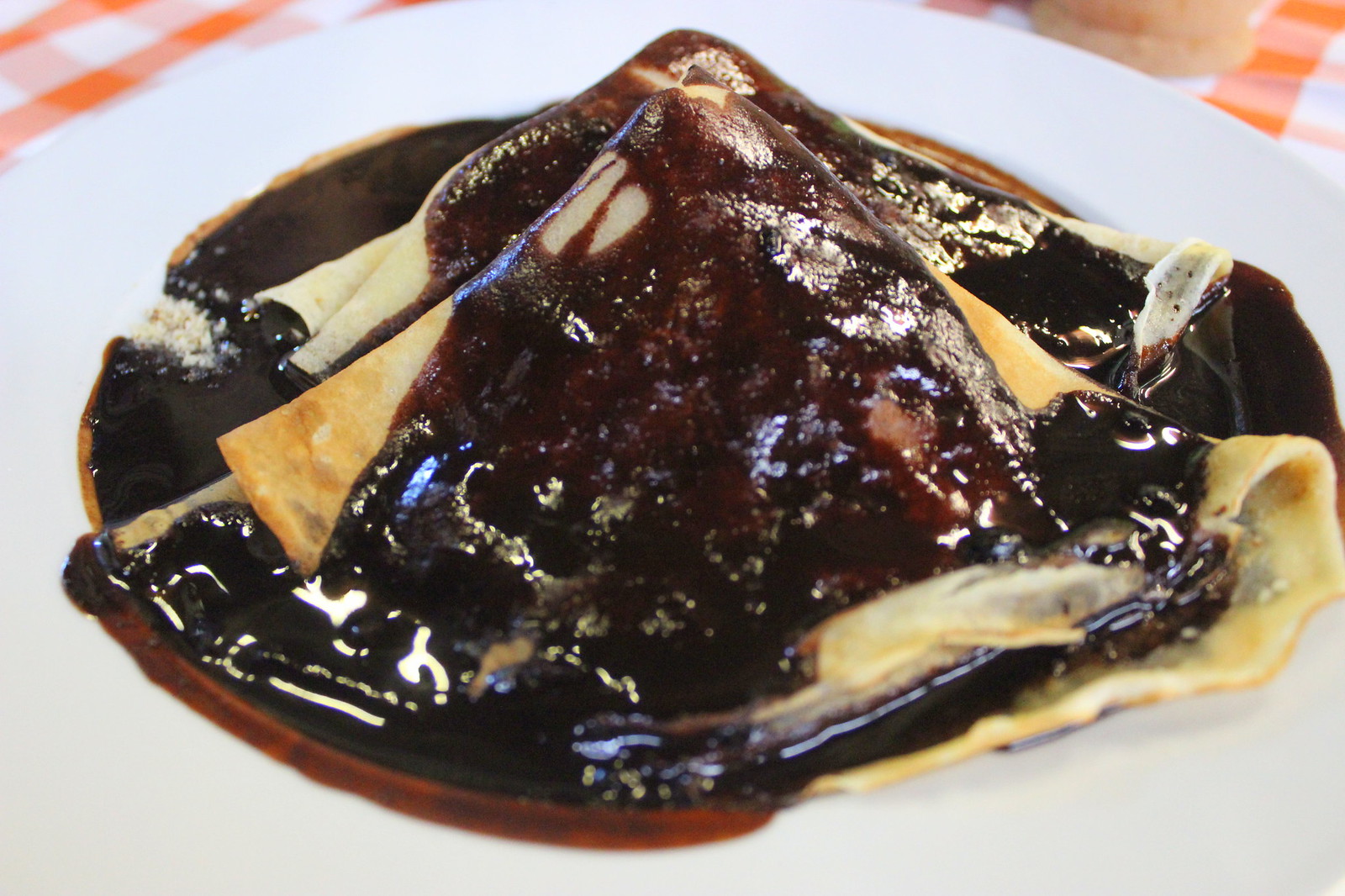 I had: Goulash with spätzle, a must-have in terms of Hungarian cuisine, completing any remaining space left in my stomach by filling it up with gundel (Hungarian pancakes), drenched with chocolate sauce. If lunches came with orgasms, for me that’s how they should look like.

It is not just the food itself, but how everything happening around you that awaken senses to life, like a live band playing traditional music of Hollókő as you dine. I really fell in love with this place. Every now and then I imagined how nice it would be too if É was present and how his jokes would have lifted the celebration spirit of new friendships even higher. 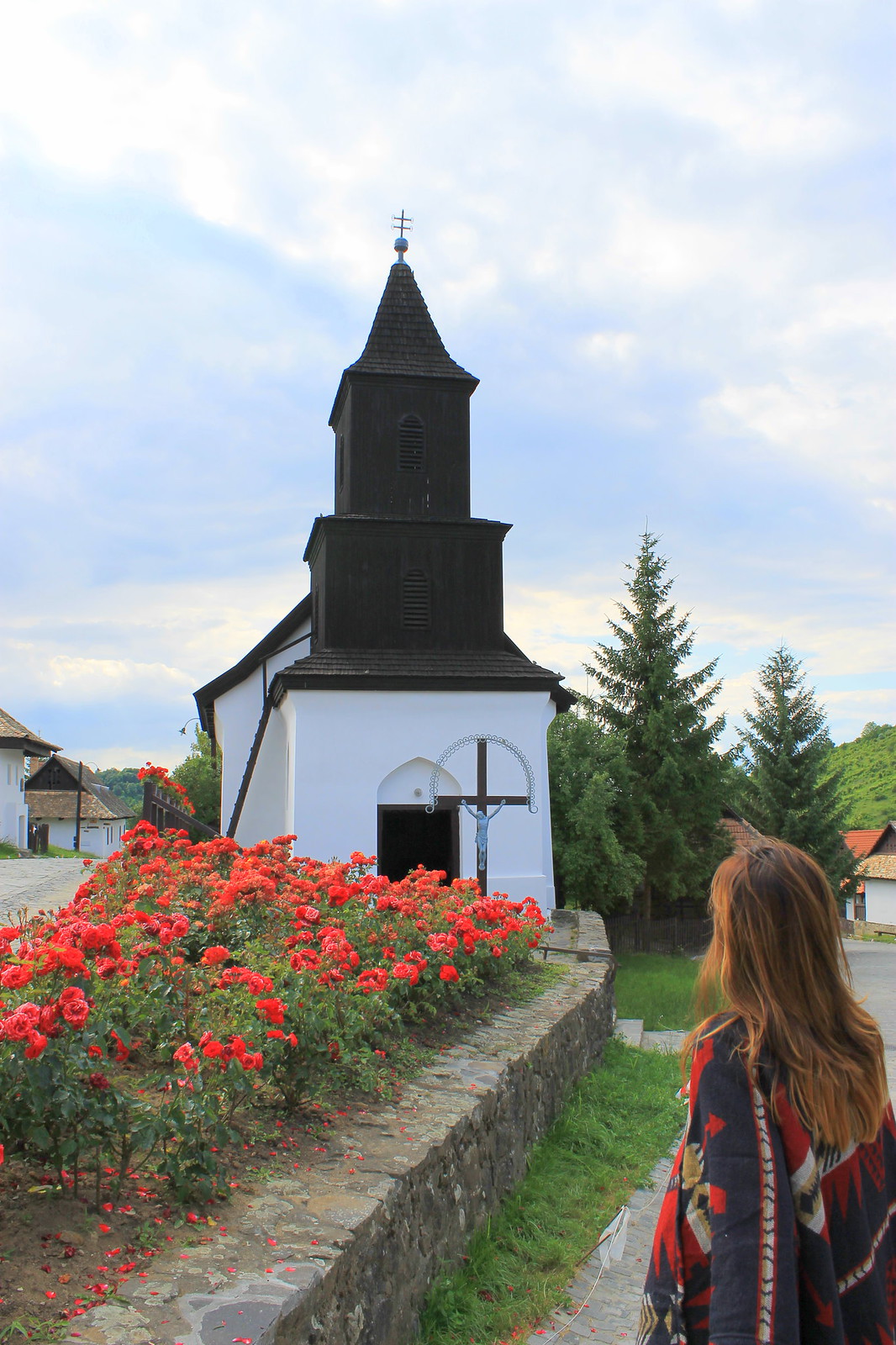 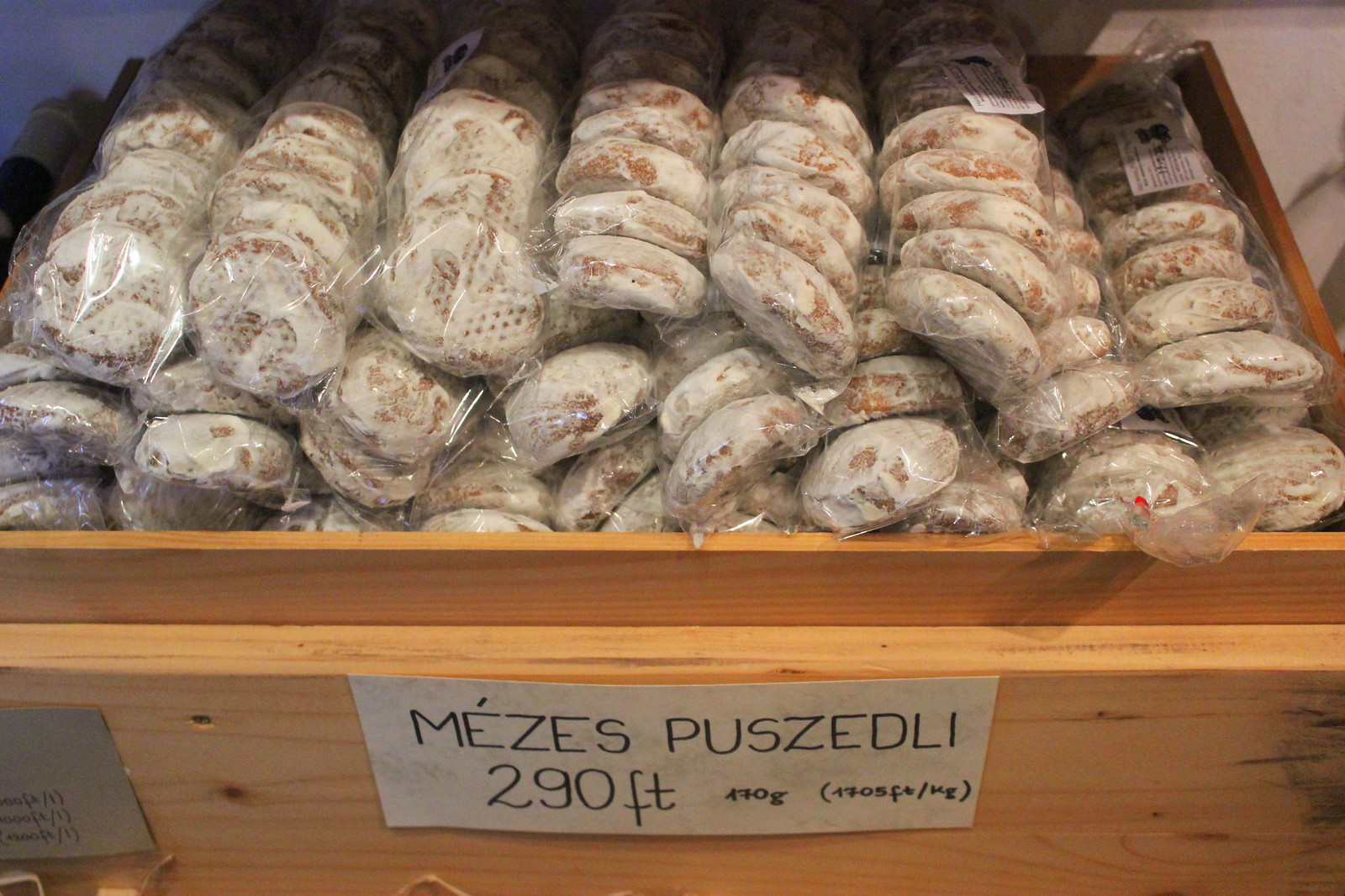 Bought some home-baked puszedli, a traditional Hungarian gingerbread biscuit, which made my journey to Barcelona taste a lot like Christmas. 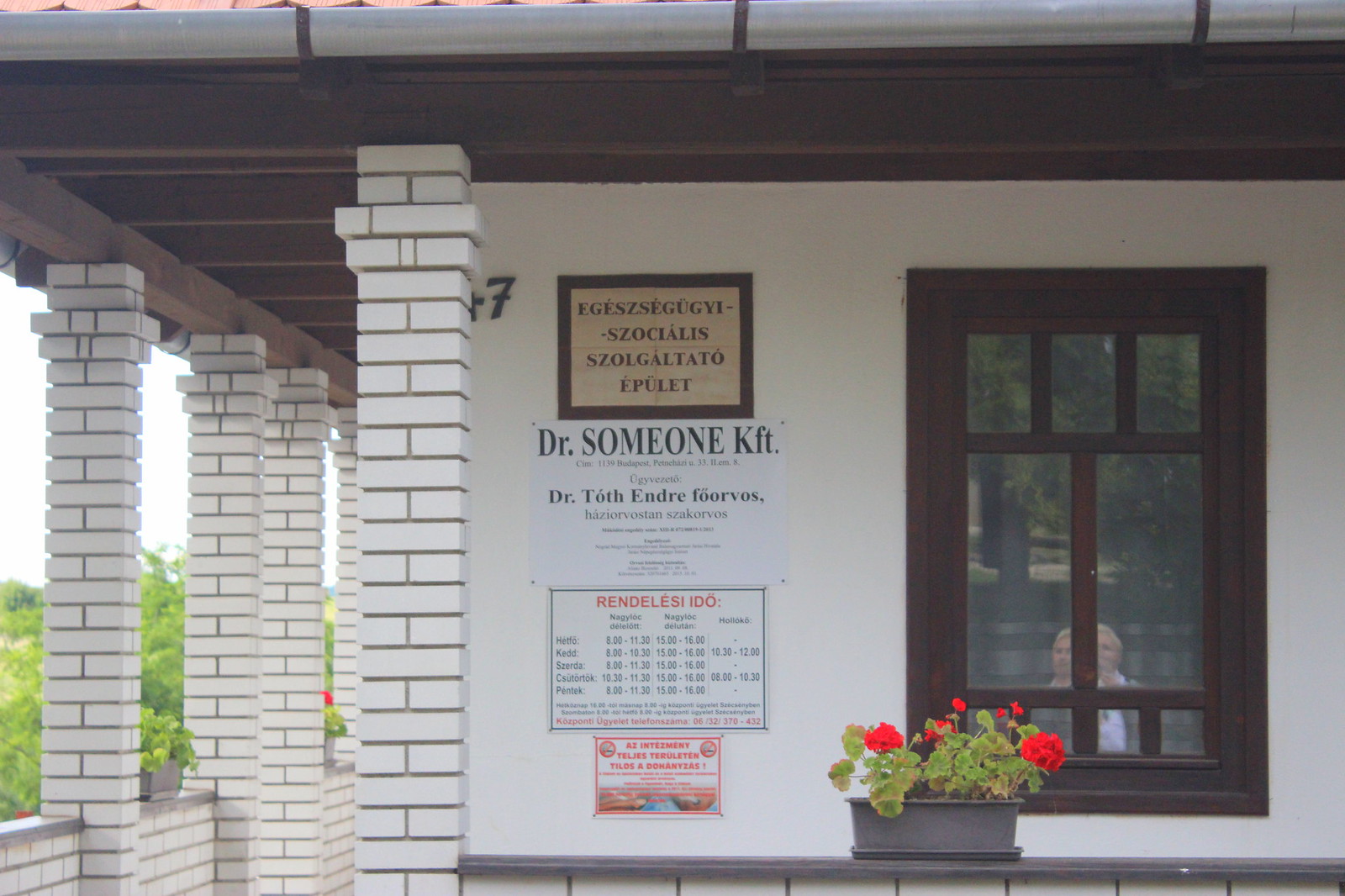 Speaking of jokes we had one about “Dr. Someone”, if someone was new in town and was told to fetch “Dr. Someone” urgently; how would he have figured out who to call after all?

Back in the city we grabbed a few drinks overlooking the skyline from Gellert Hill where the Hungarian Statue of Liberty proudly stands, guarding her beautiful country. 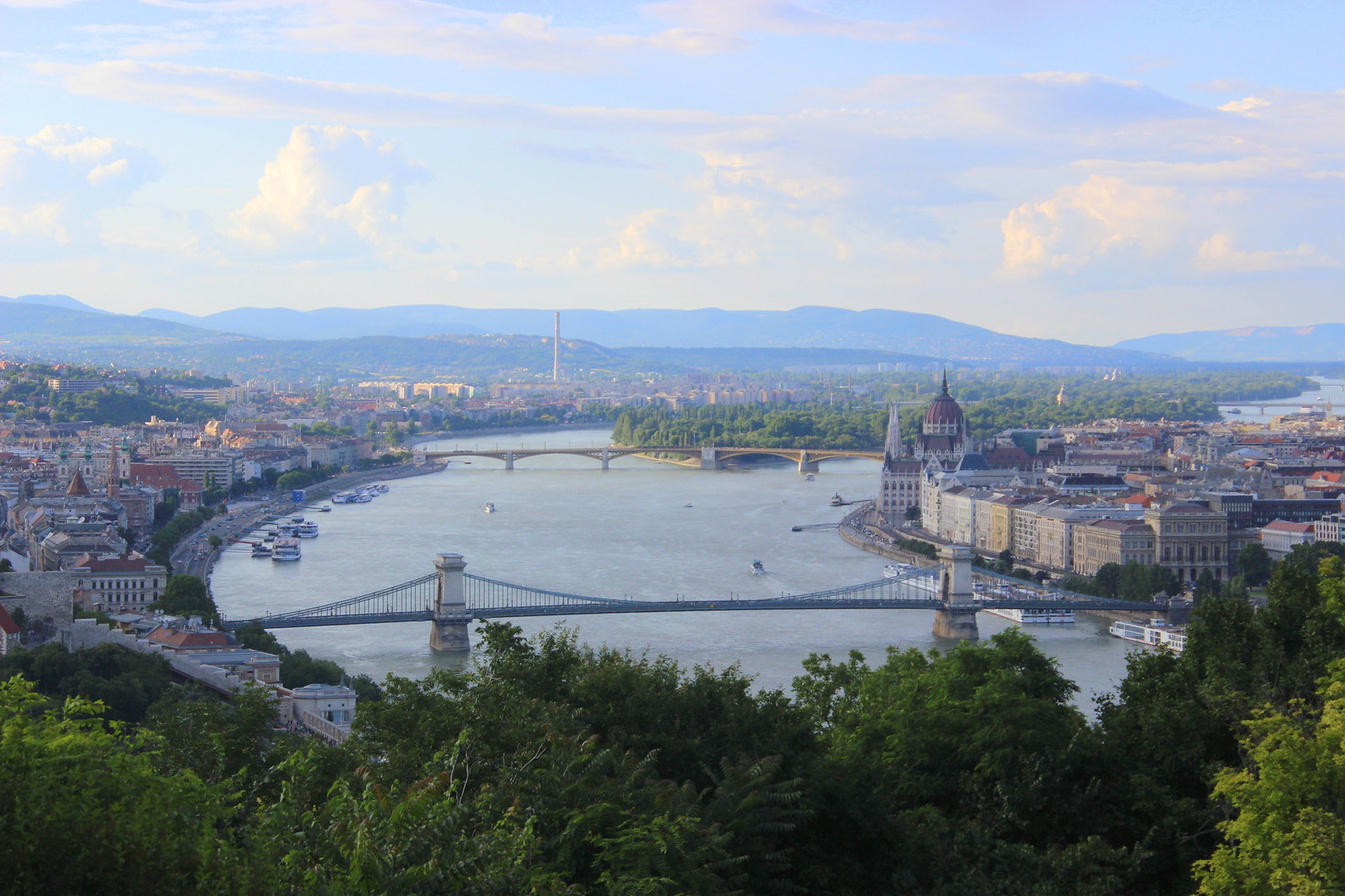 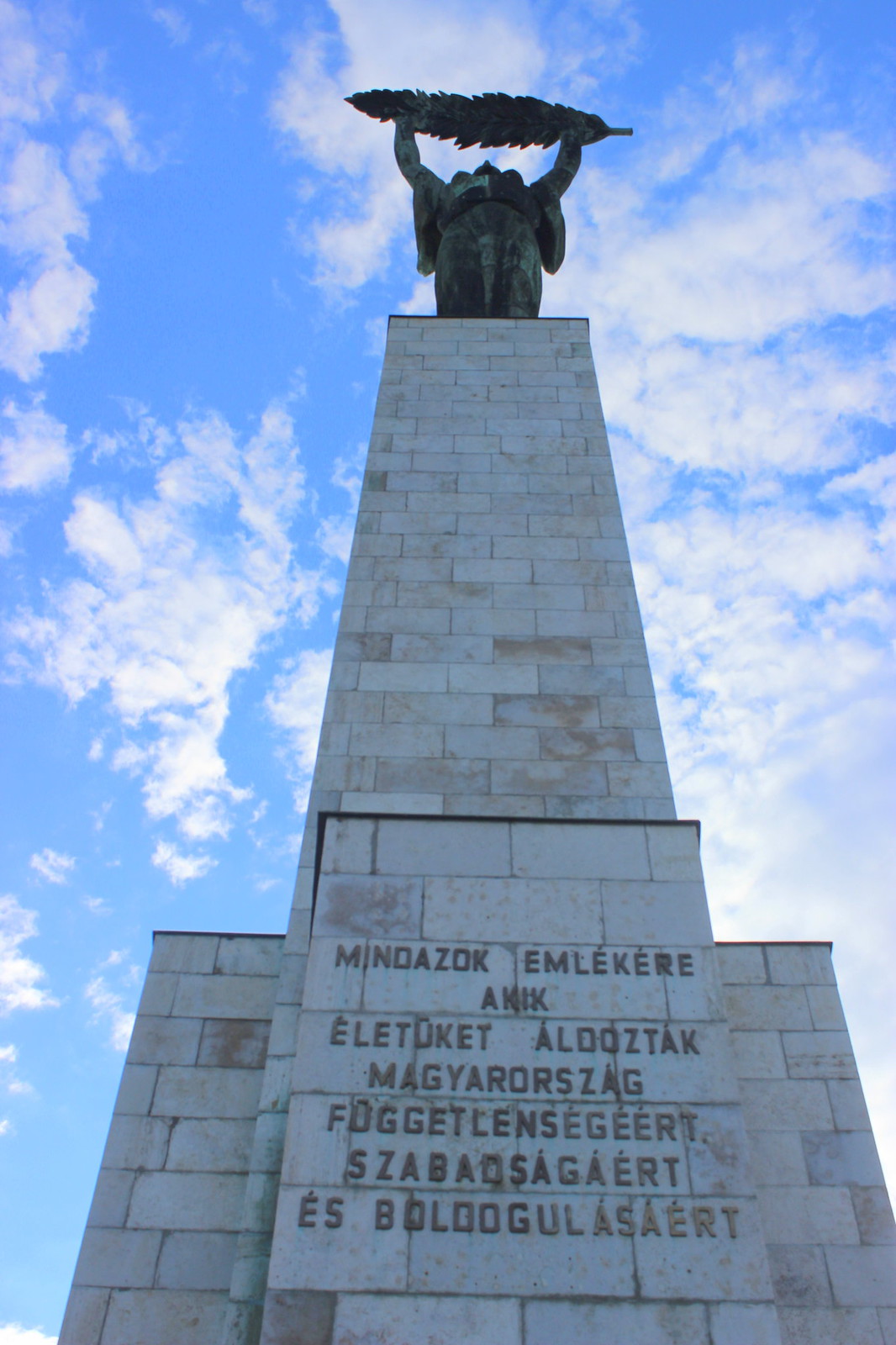 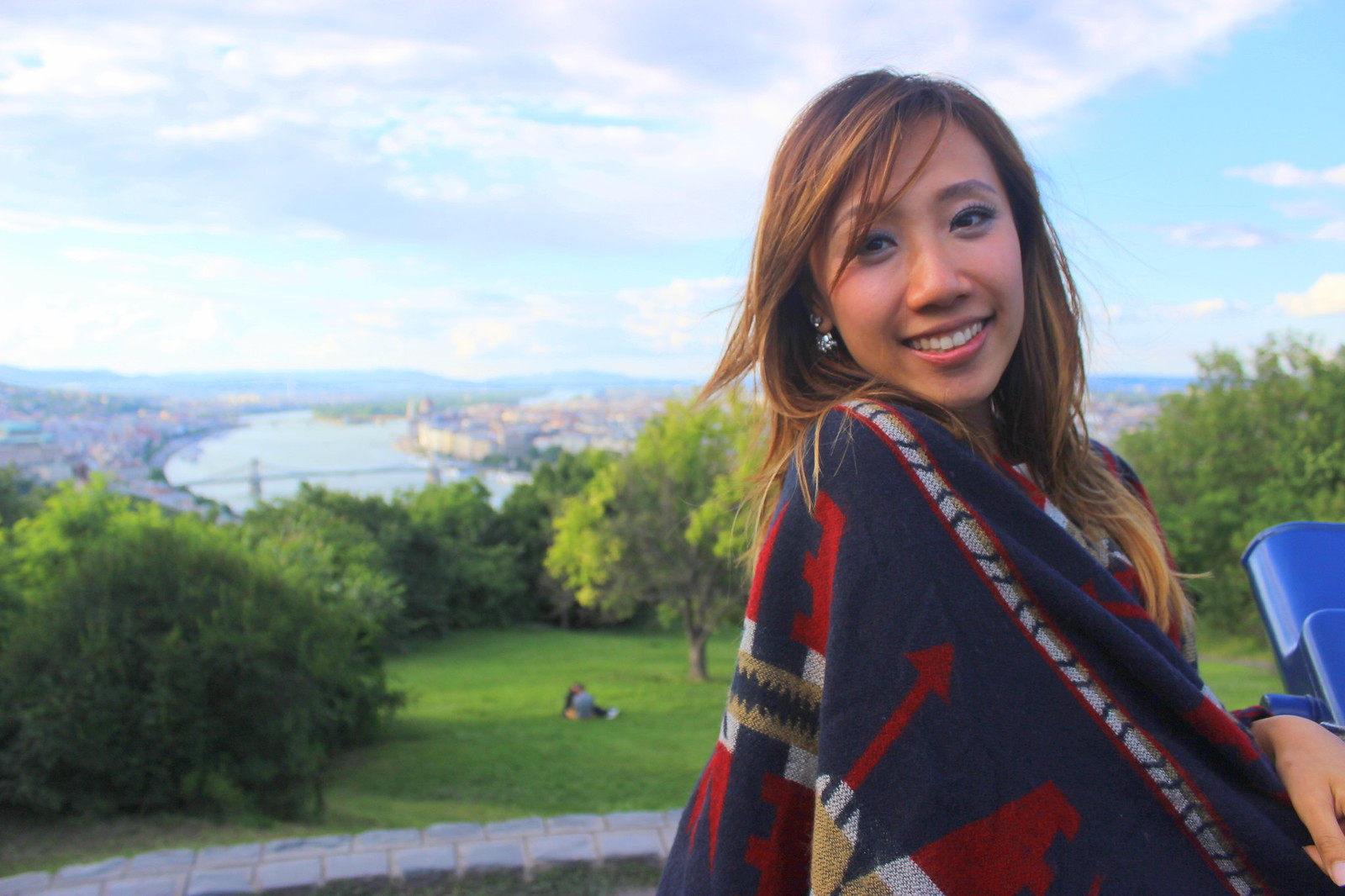 Just like how no meal is complete without a dessert, meeting Zsofia and Dániel was like the gundel to my goulash. I got the best souvenir from Hungary and that is a friendship rare as a double rainbow in the sky.
From them I learned the true meaning of sincerity; which reminds me of the saying, “Only an open heart will allow you to float equally between everyone”. 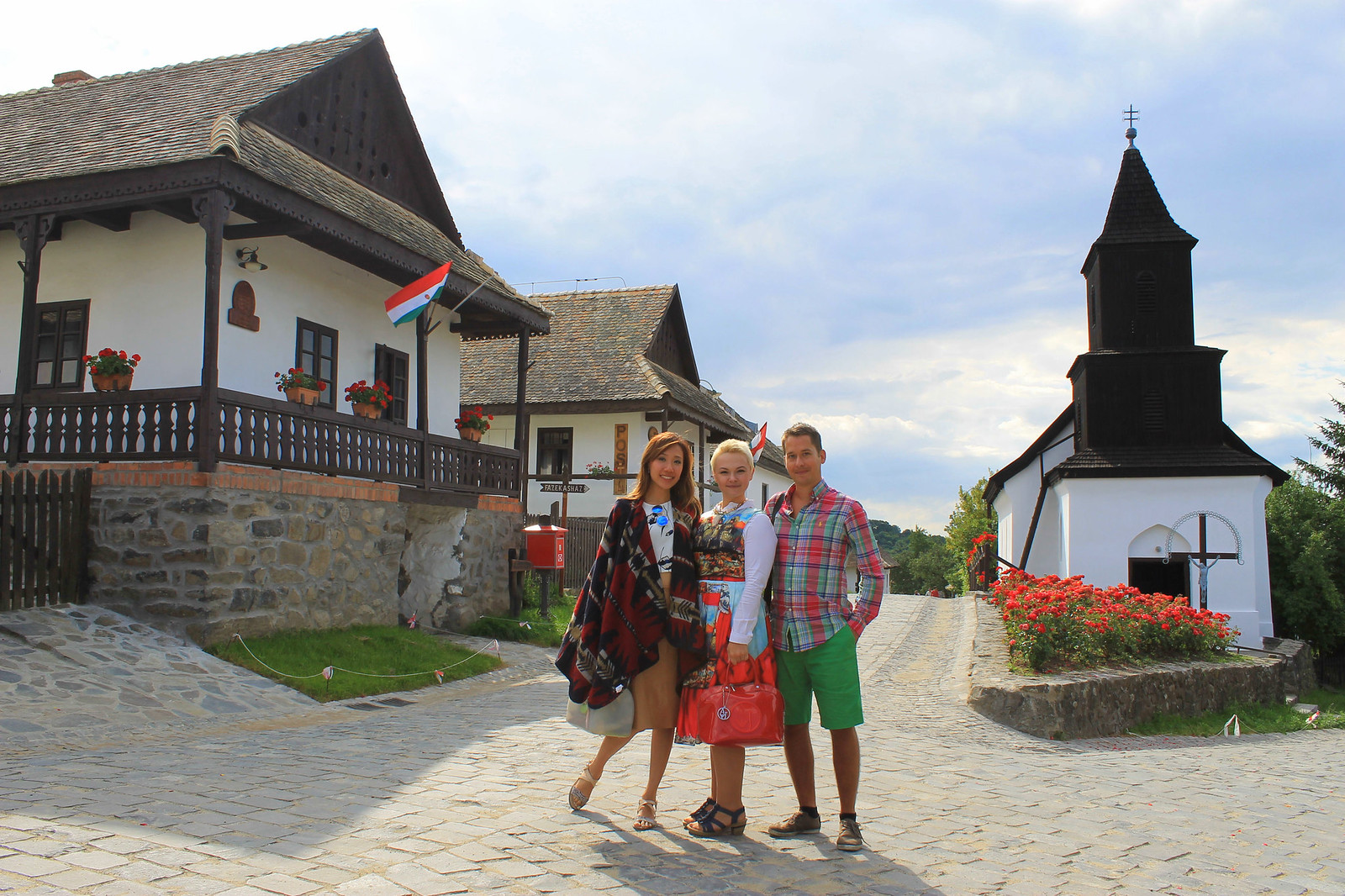 This post is dedicated to the Galambos couple who inspired me like no other to give in faith and to try something fresh in life every day. I longed for the day to receive them as my own guest in Malaysia; not just to return the favor, but to also feel how friendship can pull two far ends together and make the world go round.

Seeing the world with our eyes is a beautiful thing. Meeting people who move your heart, make you laugh at silliness, or add depth to your life experiences; is a gift you bring home with hopes to spread around more love.