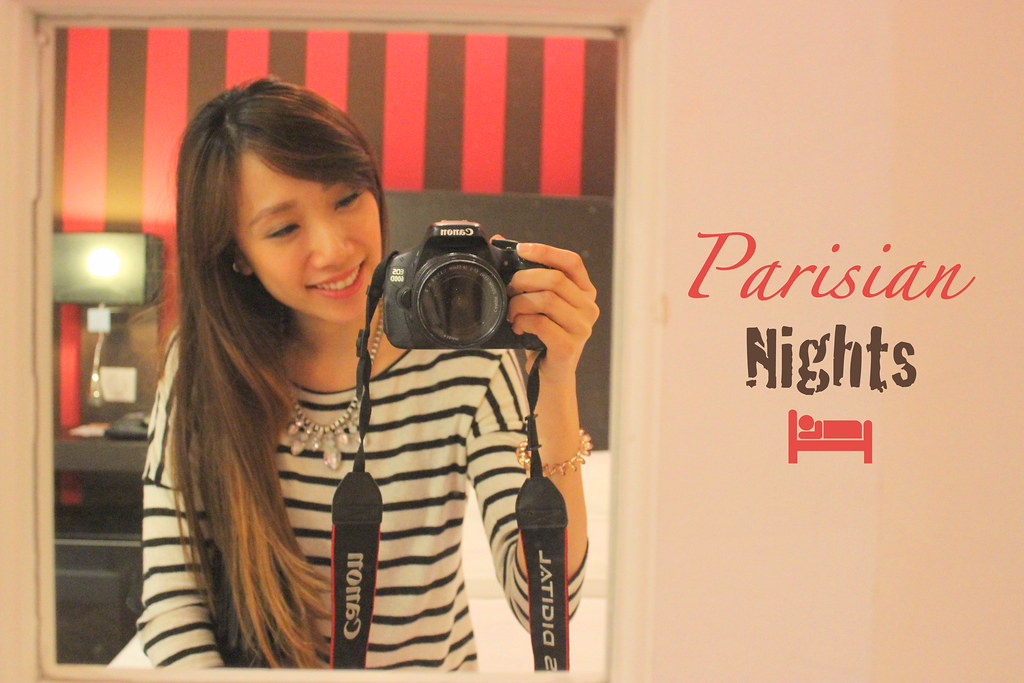 This must be one helluva Parisian tale to share. I believe in God as much as I believe in ghosts. More like an atheist, I believe God(s) exist and be it one or many, t(he)y would want us all to do good. That’s all that matters. Why the debate? There’s no need for war.

As for ghosts, I tried many times in life to ignore and deny their existence but it seems they find the need to prove their presence to me. Some people say that if you don’t believe in them then they don’t exist, vice versa. But I don’t think it works that way… After what I have seen or experienced, I think ghosts are souls, and souls exist. 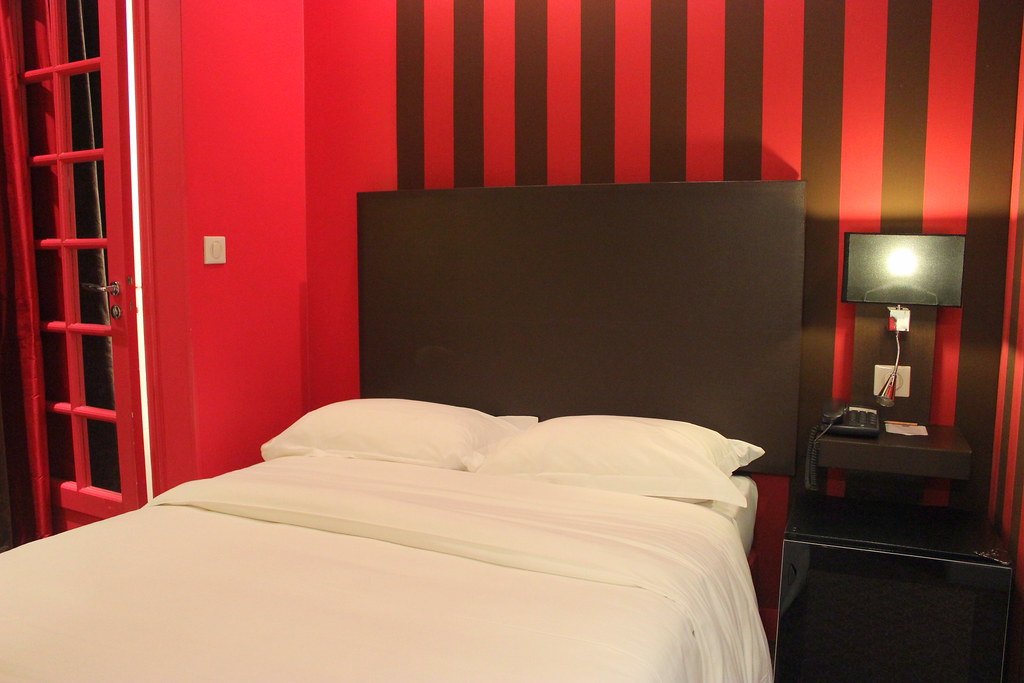 This story is my second encounter with ‘unexplainable things’ and I sure hope it is the last. It was my first night in Paris and though it might sound stupid, the only consolation I could manage was “There is no ghosts in Paris. It’s PARIS!”. But who the hell am I kidding.

This bed woke me up every 2 hours PRECISELY – at 2 a.m., 4 a.m., and 6 a.m.. The first was a wakeup call (no pun intended) to prep me for its ‘game’. At 4, the TV switched on by ITSELF (the remote control was below that bedside lamp so it would’ve been too far for me to accidentally pressed it). At 6 I decided I should switch on all the lights and stay awake. 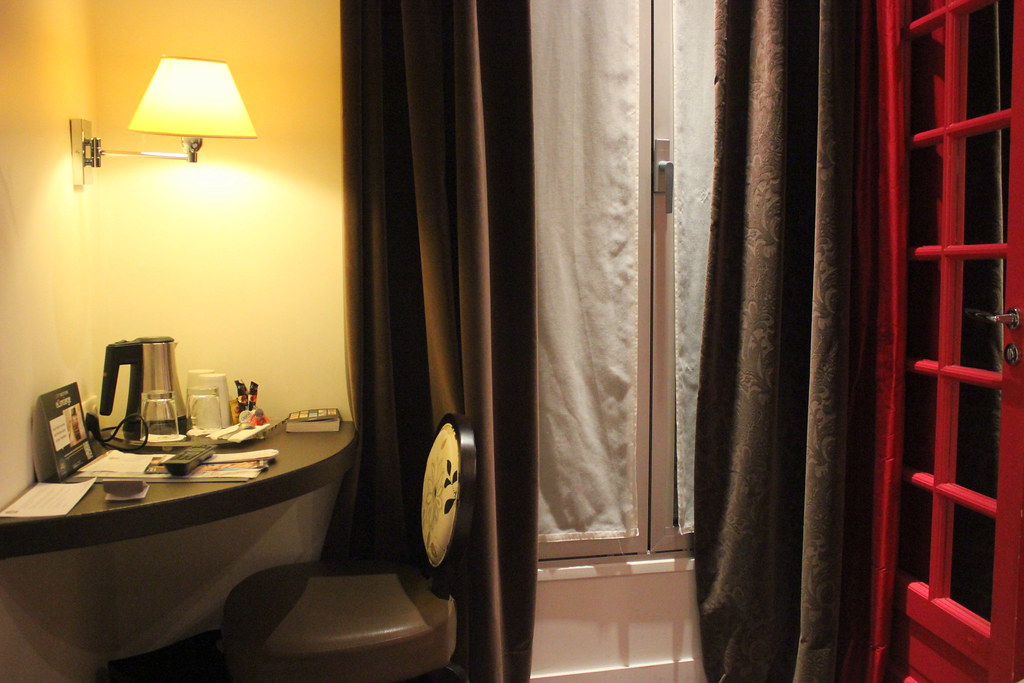 {The spooky window and awkward red door – Both surfaced a sickly feeling swirling around my guts, eventually brewing in my liver. All I had to do was stare at that corner}

I would love to believe it’s just the jet lag but as I lay awake alone in the confined room, I tried to rationalize how. the. hell. did. the. TV. got. switched. on. by. itself? Could they control it from the lobby?  There is absolutely no explanation and I had to live with it. Same goes to that weird, topsy-turvy, almost unexplainable feeling I got struck with the moment I entered the room . . . 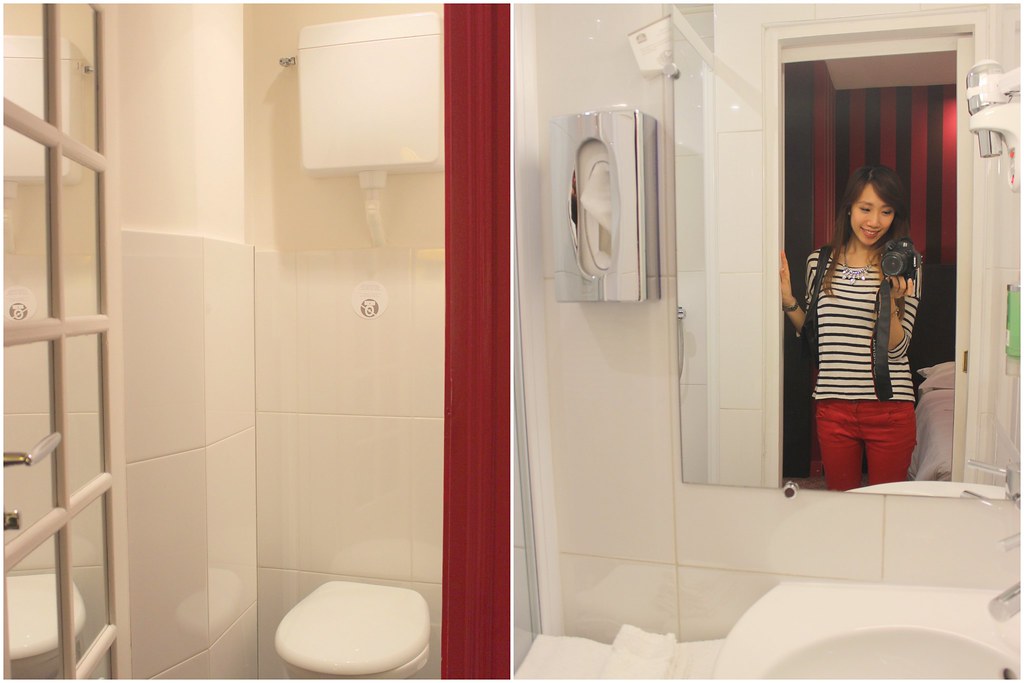 I’ll leave the question back to you: How do you think the TV got switched on by itself?