In my early 20’s, I secretly thought of being a mother as an ambition. As I was nearing my 30’s, it was the last thing I wanted. Let’s put it this way: What was supposed to be 3 months of folic acid intake pre-pregnancy, turned out to be a whopping 2 to 3 years as I pursued postponing the pregnancy plan. As an eleutheromaniac, it became clear to me that the answer to the question of ‘when?’ was to maximize the time you are childless for as long as you can!*

*Ever since I got married, at every visit to my gynecologist she would tell me to make a baby. “I want you to ‘close shop’ by 35, ok?” That sentence struck me – 35 is my cut off date! I had to calculate the maximum number of kids I might want (that is 2), including a 2-year rest in between, & ‘close shop’ before my 36th birthday at the latest.

To me, life should be planned. While I try hard to celebrate life’s unexpected turns, situations of not knowing ‘why it happened’ or ‘what’s next’ is unnerving & frustrating to me. As a person who struggles to go through a day without a to-do-list, it goes without saying that an unplanned pregnancy would be detrimental than it is a bundle of joy. 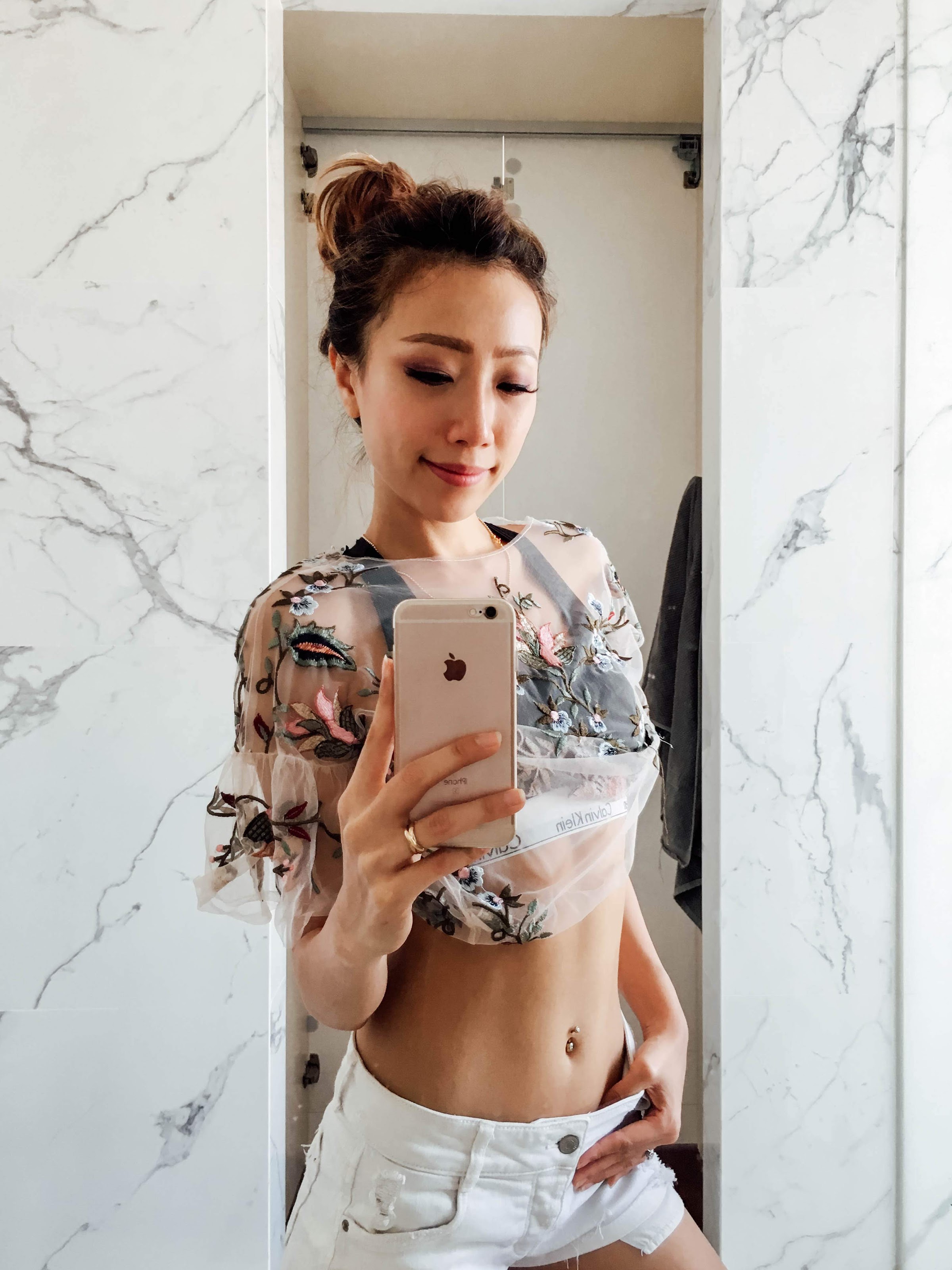 “No woman is ever totally ready to be a mother, so just do it anyway”, is what I often hear mothers hastily say. Very few would assuringly tell me, “When it is the right time, you’ll know”. What is considered the ‘right time’?, I wondered. But those few women were right.

Before my last period on 2 June 2019, I just knew that it’s time. I told É I was ready to try & see what luck brings us. The joy in his gleaming eyes was unmistakable – he had waited years for this moment, something I believe is what he really wants but not necessarily prepared for, especially when we were residing in Cingapore. 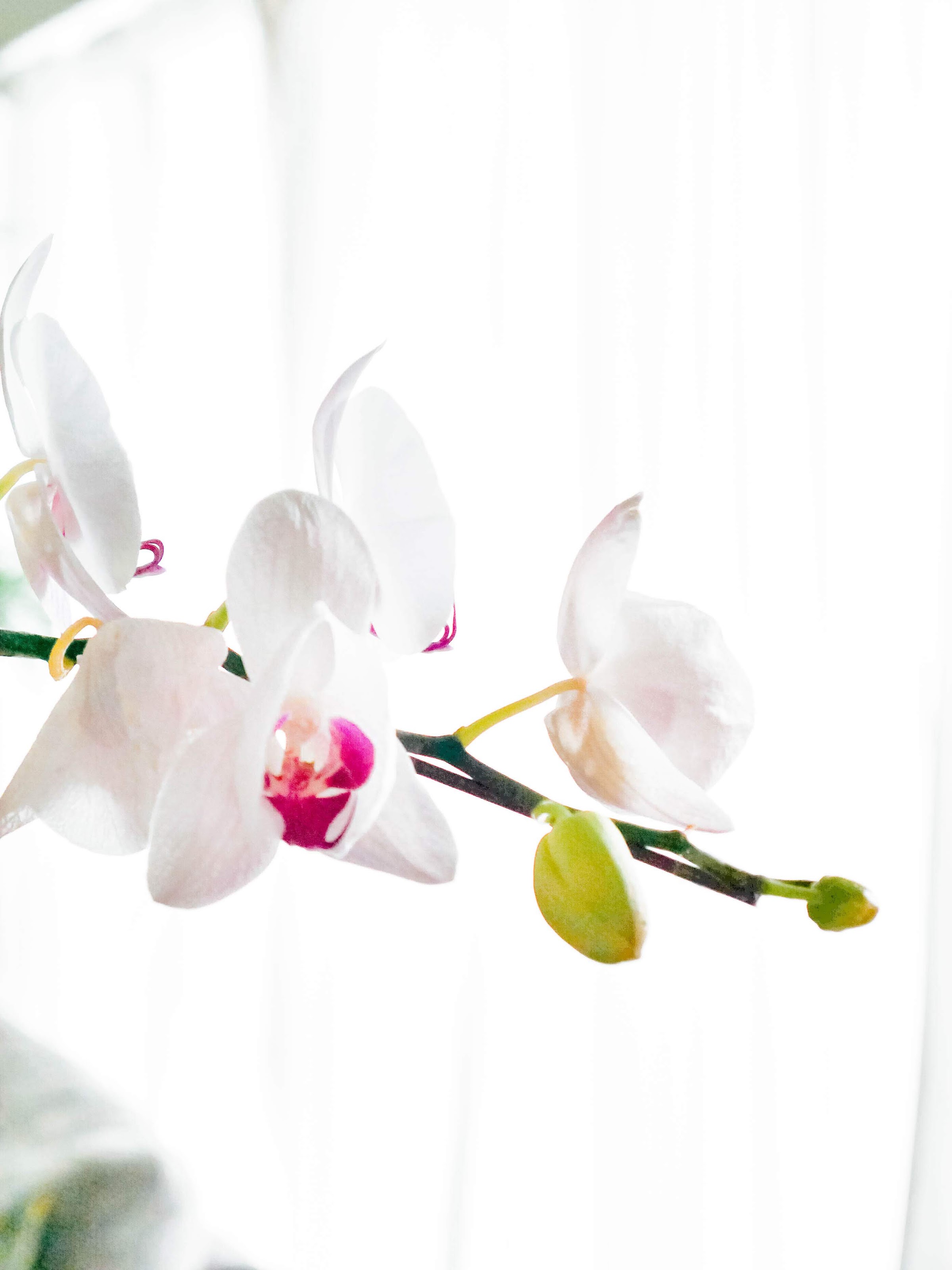 Moving back to Malaysia has allowed me to achieve the life goals I had planned since the dreamy disaster. After obtaining my ACE Personal Trainer certification & specialized training for pregnant & post-partum women, the next step was a visit to my gynecologist. We did:

I also enquired about the flu jab, which my gyne encouraged me to take. Taking the quadrivalent flu vaccine was 1 of the best decisions of my life. I’ve already saved the date on when to retake it next year & vow to do the same for my future children. (You can take the jab while being pregnant, while babies are advised to take it once they reached 6 months of age. Click this link to find a Ministry of Health-approved vaccination clinic near you.)

For accuracy (my average cycle is 30 days), my gyne advised me to try on the 14th, 16th & 18th day. She repeated that twice. Excitedly, we tried on 16, 18 & 19 June. Truth is, ALL my closest girlfriends hit the jackpot at their first try. Despite knowing there are many untold stories of other women who had to try many times or experienced miscarriages, I won’t deny that there was a certain expectation in me to fall under the category of my BFFs.

I highly DON’T recommend testing early when trying to get pregnant. While several test kits boast a high percentage of accuracy up to 6 days before your missed period, the best thing to do is to wait until you actually missed it. Meaning, if my cycle is 30 days, I should check on the 31st day or later. (By the way, 99% accurate means 99% in telling you that you are NOT pregnant.) Since É could hardly contain his excitement, he managed to convince me to test early. This is how our stressful timeline looks like: 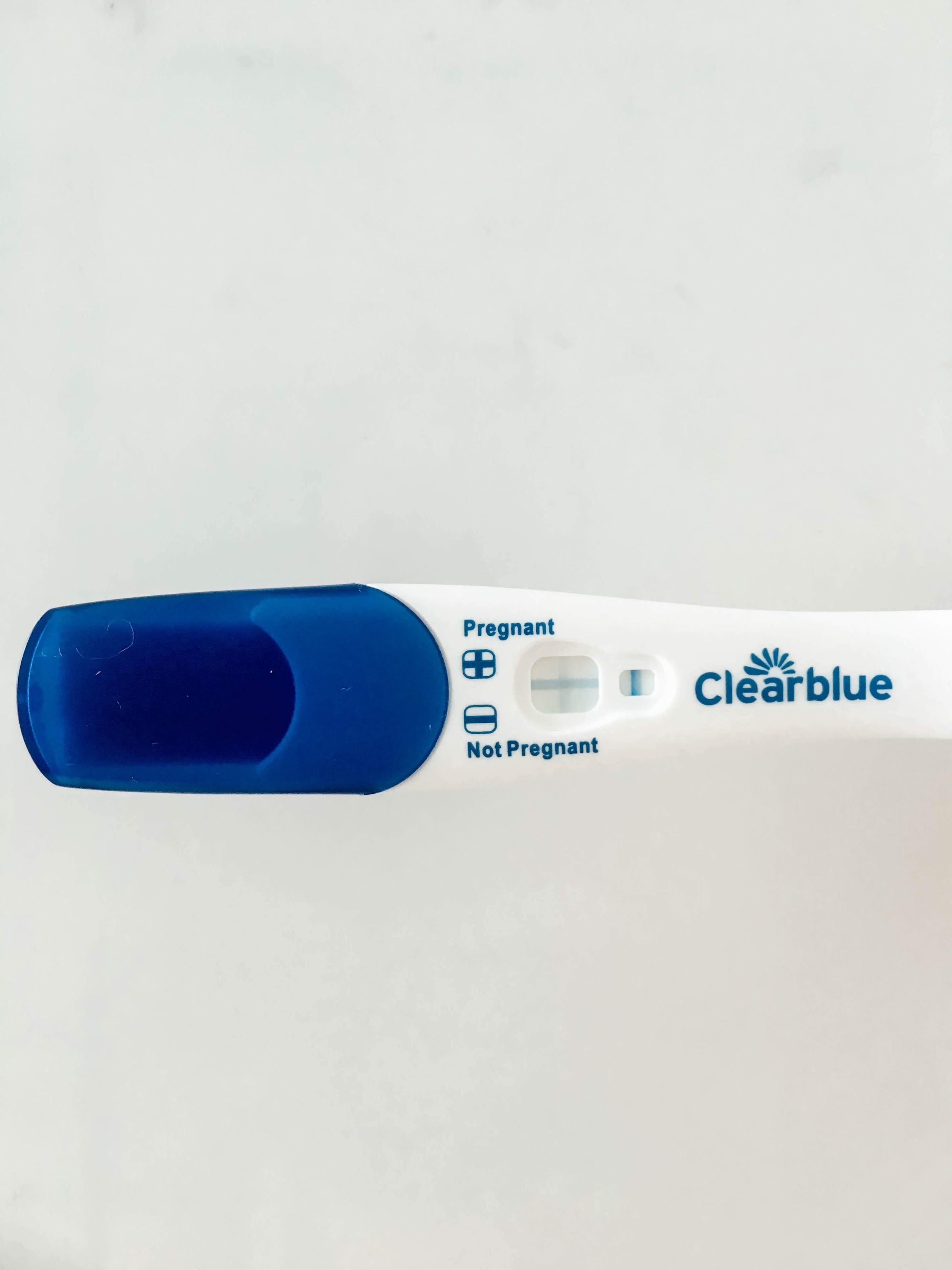 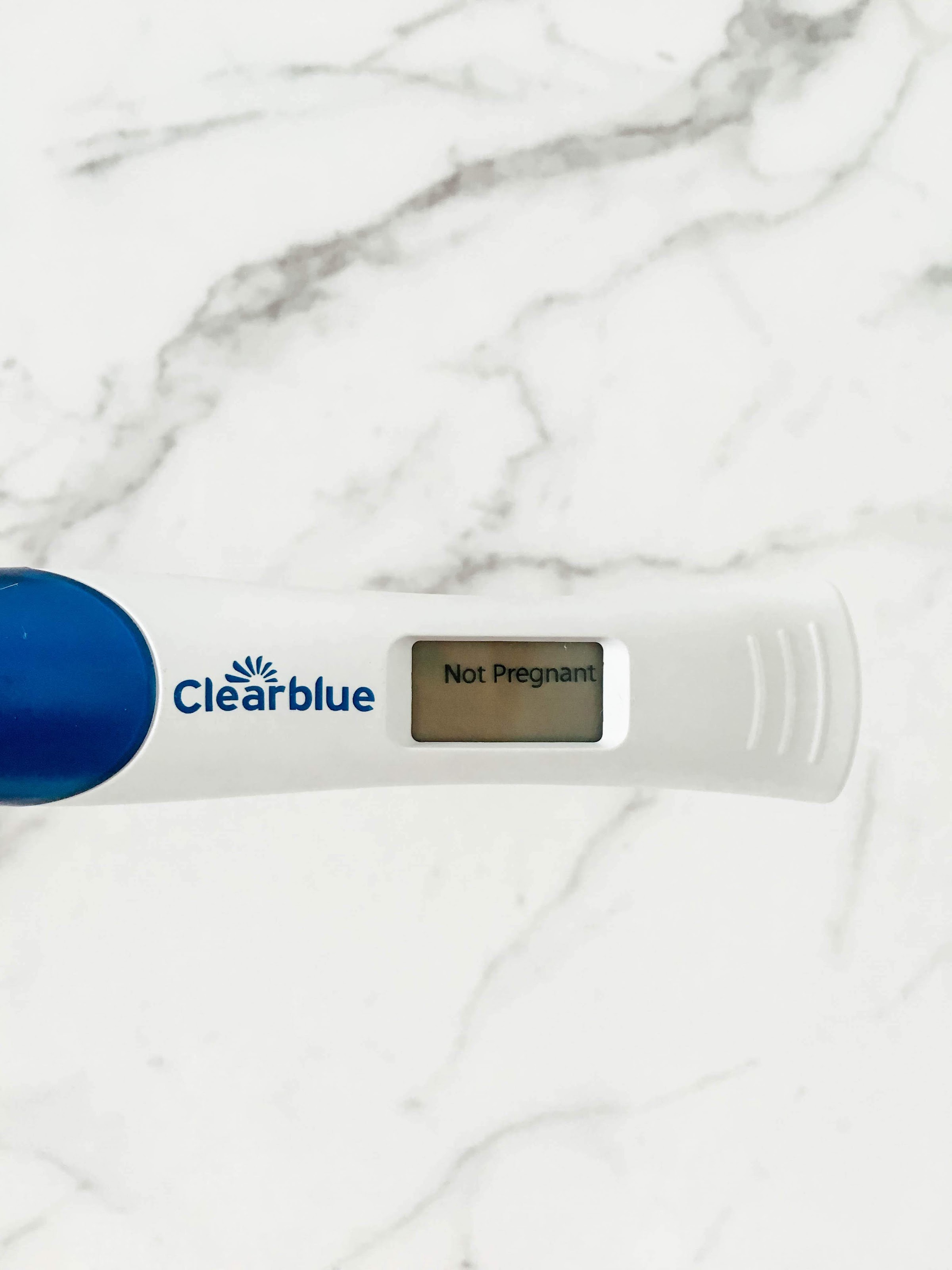 In one short afternoon, my emotions were optimistically brought up the roller coaster & down the next instant to remain in the depth of uncertainty for the next 48 hours. I blamed the innocent, this time sad-eyed É for his enthusiasm & then felt guilty. I told myself I would wait more than another day to be 100% sure I am ‘late’. 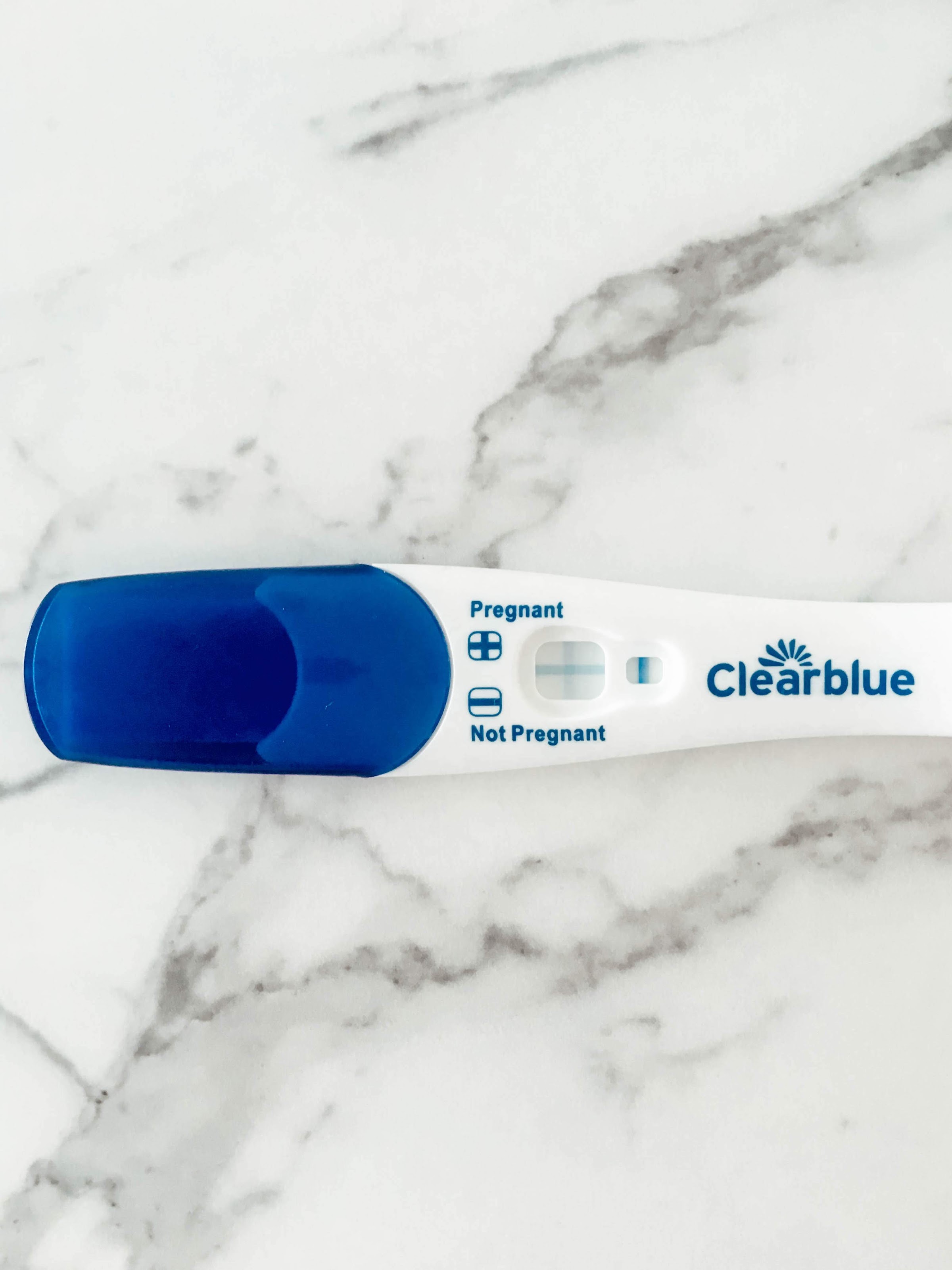 Lesson #2: My instinct & prejudgement of the expensive digital test was right – there’s no need for it. A cross on the stick, no matter how faint, means you’re pregnant.

{a rather successful attempt in capturing É’s reaction} 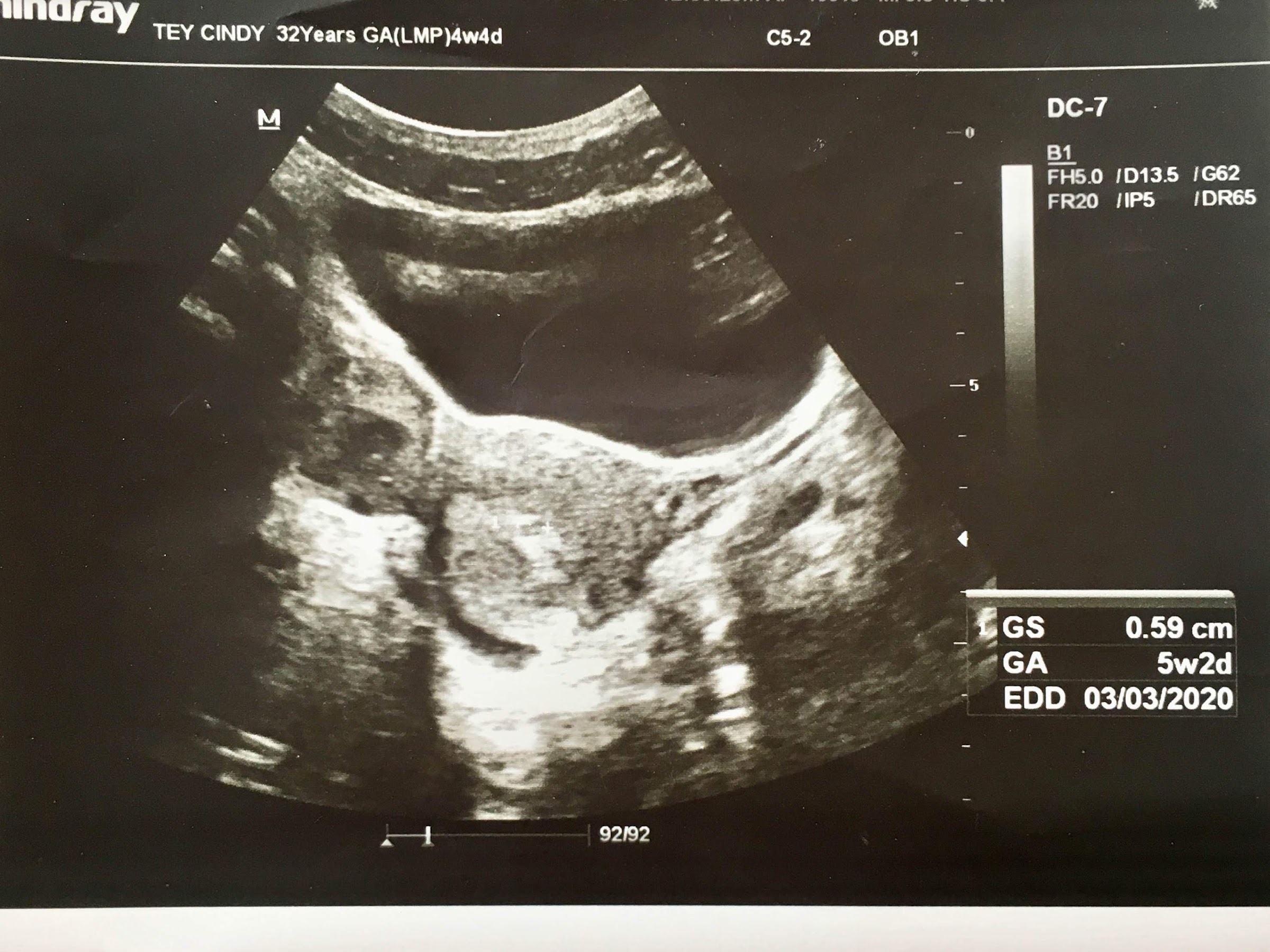 The first thing to do when you learn about the good news is to make an appointment with your gyne. I did mine right away, like right after I filmed É, & the nurse was kind enough to squeeze me in the same morning upon hearing my happy news. My gyne’s reaction was, “We STRUCK GOLD!!!” You bet – her calculations were 100% accurate. (Our baby is most likely conceived on 16 June, our very first try.)

After a scan, I was informed of precautions (i.e. pause gym for 2 weeks) & equipped with what I should take (2 glasses of milk a day if possible). 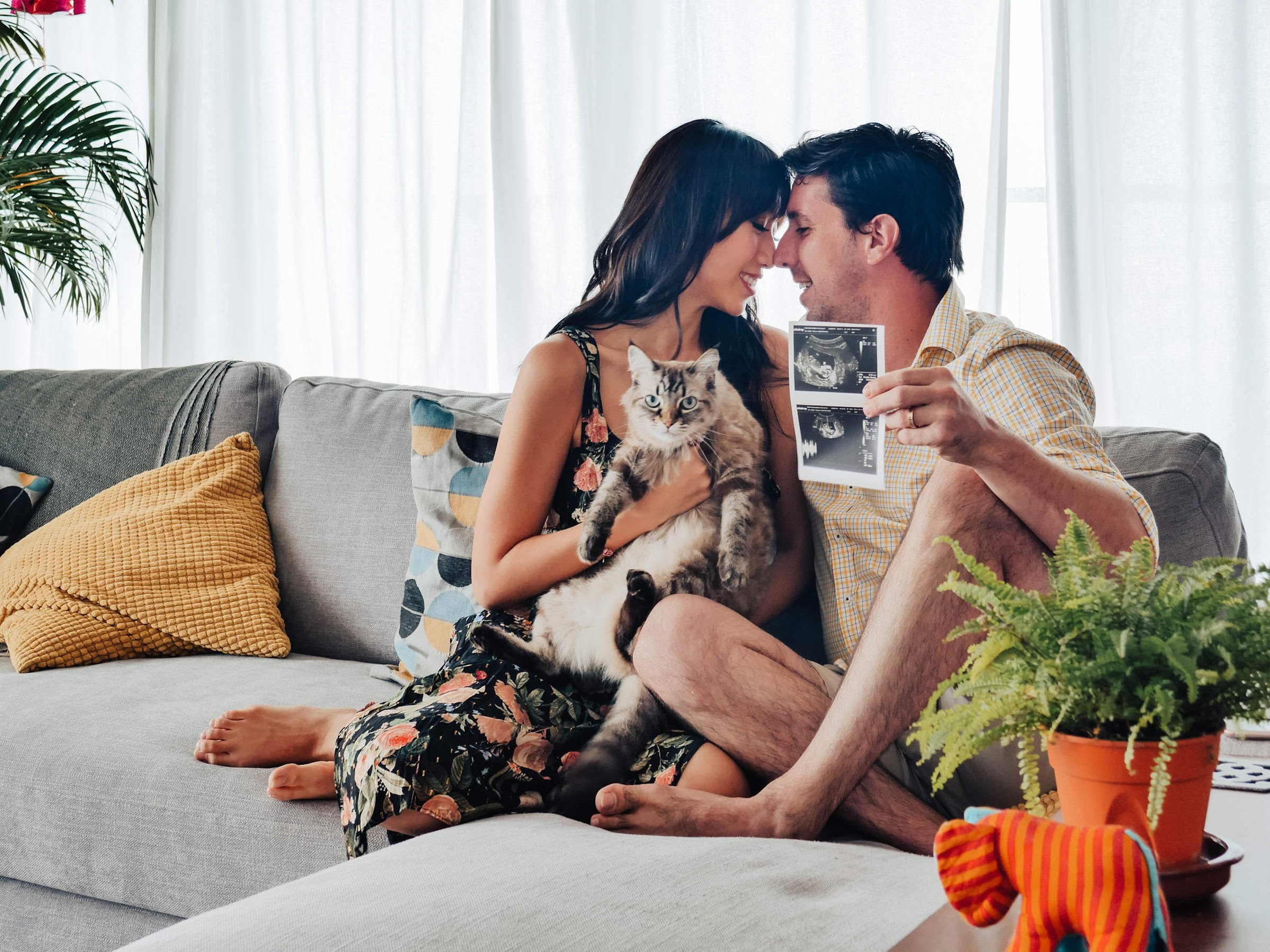 & that’s the story of how we got pregnant ! Before all the tests, between our trying days, I began ‘feeling pregnant’ almost immediately. It is probably the hardest feeling to describe, as I could be thinking too much into it. But honestly, I wasn’t. I didn’t feel quite like myself & towards the end of the week, there’s a kind of fullness in my bosoms rather than the usual tenderness during PMS. The most obvious change was when I cried just by watching Anne with An E (Anne of Green Gables) on Netflix – every episode of it. That’s when I guessed something unusual was going on.

Next, I’ll be sharing my first-trimester pregnancy journal under the newest category, Pregnancin.